A Bigoted Politician, an Angry Journalist and a Confused Church

The repercussions of the Andrew Thorburn case are playing out.  Hypocrisy and Hate in Anti-Christian Victoria – AP

Dan Andrews continues to stir up the mob – and advise the Church on what our theology should be.  When asked by a journalist whether ‘conservative religious figures’ could take a public role he said “They might want to have a think about whether to be bit more kind-hearted, a bit more inclusive, aren’t we all God’s children.  Seriously, seriously, there is no place for bigotry.  There is no place for stigmatising people”.   Mr Andrews thus stigmatises everyone who disagrees with him – including his own archbishop – as unkind, exclusive bigots.

And he’s not the only one.  Numerous commentators have joined in the pile on.   Apparently, it’s open house on attacking Christians.  For example, this interview from David Koch on Sunrise was a disgrace – ignorant, bigoted, sneering, mocking and bullying.

Another commentator who weighed in was Mike Carlton, author, journalist and broadcaster.   He tweeted “I consistently failed Scripture at my Anglican private school, so I’d be glad if someone would show me where in the Bible that Jesus Christ came down hard on homosexuality and abortion. Anyone?”

When I offered to answer his question, he told me to ‘go for it’.  So I did.  And opened up a whole can of worms.  My answer was published here – https://ask.org.au/2022/10/09/an-answer-to-mike-carlton/
In response – not a word from Mike.  Although he continued to abuse and mock anyone else who dared to answer him.   He boasted that no-one had answered his question.  When I asked him what the problem was, he blocked me.  He then tweeted this: “This ***** is complaining that I blocked him” (in case you are wondering how I saw it when I am blocked – someone kindly passed it on to me).  I’m sure that the abuse and mockery continues on his timeline.  He does after all have around 200,000 followers.

This is the Australia that we live in today.  Senior journalists feel free to abuse and senior politicians join in.  I myself have received a considerable amount of personal abuse and hate mail.  I find it profoundly disturbing that someone can blaspheme and then write about me in public: “Who let this porridge wog into the country?”  Another asked: “Looks to me that immigration should check this guy’s status and see if he’s overstayed his visa. After all he’s a Scot in Australia.” Incredible how racist threats are acceptable against some immigrants!   It’s ironic how Dan Andrews and Mike Carlton complain about unkindness and bigotry and yet they encourage this.

And then of course there is the Twitter pile on about Galileo, the Pope, child abuse and wanting me to defend papal infallibility!   And the lies about City on a Hill – a church which apparently “hates gay people, blames natural disasters on gay marriage, equates SSM to Germany in the 1930’s, and doesn’t pay tax!”  I wish I was making this stuff up, or that it was exceptional.  That tweet I have just quoted is the most liked and requoted one on my own thread.   And all of it is a straight lie.

When people like Mike Carlton shut you down, they prevent you being able to discuss with those who have these ignorant and bigoted views.  The disinfectant of light is not allowed near the cesspit of lies.

Os Guinness in his book The Case for Civility argues that we need to find space for civil civic discourse in our culture.  If my experience of the past few days has been anything to go by, Australia is a long way from that – and the problem is primarily at the top.  When commentators like Mike Carlton, or politicians like Dan Andrews, mock and refuse to engage with any constructive dialogue, the rot is already in deep.    The same by the way applies for commentators or politicians on all sides.  Robust discussion and disagreement is fine.  Stirring up the mob, virtue signalling, demonising all who disagree with you, is not.

But then the response of the Church has also been revealing.   Whilst some have stepped up to the mark (the Presbyterian church for example made this excellent public statement on the Essendon situation) and many offered private and public support and prayers to those who are most under attack.  Others have kept silent, and sadly, some have even joined in with the mob.

I expect the world to hate us.  Jesus who warned us this would happen (John 15:18). But when the church sticks the boot in, it really hurts. Some of this is vicious; much of it is just confused.

One Christian argued that freedom of religion was being defended because Andrew Thorburn was free to leave his job, or leave his church.  That’s a bit like arguing that Archbishop Cranmer had freedom of religion because he could renounce his church or lose his life!  I watched another ‘Christian leader’ on TV give the standard progressives line beloved by the ABC – which is of course why she was on.  With friends like these who needs enemies?!

Another Christian leader tweeted “Mate, As I recall, Mike Carlton, asked about what Jesus said. In a quick read of your article, I didn’t find any mention of Jesus (did you forget?). You now call him a coward because he isn’t responding and does not want to engage with you on Twitter. Lol”

Given that in my article I mentioned the name of Jesus 32 times, made him the subject of a verb 43 times and quoted him directly 7 times, it is almost incomprehensible that anyone, let alone a Christian leader, could write such a falsehood.  But even more bizarre is that there were people who liked it and passed it on.  Which all goes to show that truth is irrelevant, and people seem to have an inbuilt algorithm which enables them to accept falsehoods, as long as it fits their prejudices!

It’s not just the extremes or the ridiculous.  There are others who offer fair comment and who are rightly critical of what was said.  I’m the last person to think that everything I write is infallible.  I’ve made way too many mistakes to live under that self-delusion!

So, when another Christian leader wrote that he thought I had got the tone wrong  I listened.  Because I often do get the tone wrong.  Indeed, before I published my article, I sent it to a friend who suggested I drop a couple of things.  Tone is always so difficult because it is often perceived through the ear of the listener.    But no – the concern was that it was too long and dense and that it was not jocular enough.  It was a fair point – my critic may have been correct – I don’t know.  Judge for yourself.  Ironically the couple of things I had dropped on my friend’s advice were jocular.

The point is that if you write in the public square, you are damned by Christians if you do and damned by Christians if you don’t.  Little wonder that so few dare.  I did Mr Carlton the respect of assuming that as an author he was capable of reading reasoned argument and that he was looking for evidence.  I’ve found out by bitter experience, that being jocular with angry atheists is worse than angry birds!

Whilst I was a wee bit surprised at that one, I was not surprised at the number of Christians who judged me in public for daring to ‘judge’ Mike Carlton in public.   The ones who do so are usually passive-aggressive and almost always tell you how they are doing, humbly of course.  And they invariably sign off with ‘God bless you’ – as though sticking the knife in with a twist of spiritual virtue signalling sometimes makes it better. At least it makes them feel better.  I am so thankful that the Lord does not bless in the same way as some of his people!  It’s also a little strange that people who complain about making criticisms in public, then criticise in public – rather than sending a private message.  That’s as inevitable as night follows day.   Also, it is somewhat extraordinary that Christians can see the anger of the mob – and then join in! Christians can be good at shooting their own wounded.  Or even doing the wounding!

On the one hand we complain about Christians getting involved in the public square.  On the other we snipe at them if they do.  Something is wrong.   If we cannot disagree well – in, what sense can we be salt and light?   When the Twitter mobs attack you, who will speak up for you?   As for me, sometimes I just feel like giving up.  The hatred, pettiness, and politics are all so depressing….and the irrelevancy of so much of the church. 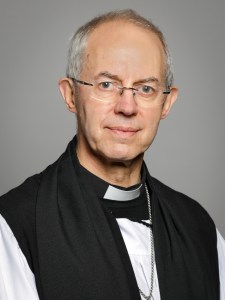 Speaking of which the Archbishop of Canterbury was in town – in fact he was next door to my office.   Nice man as he is, I don’t think he will speak into the situation of his flock being attacked (City on a Hill is an Anglican church) – at least not with any force or power.   I hope I’m wrong.   Maybe Moore College will have a transforming effect!   But if you want to know how irrelevant the Church is perceived as being in today’s Australia – the day after the archbishop was in town the ABC had a headline news item about ‘faith leaders’ speaking on climate change in Australia, but nothing about the archbishop’s visit.  The Sydney Morning Herald had not a word.  If a parent wants to complain about an Anglican school, it will be headline news – but having the world’s most senior Anglican in town merits not a mention.

Meanwhile I’m beginning to wonder if Rod Dreher isn’t right after all – maybe it’s better to take the Benedict Option!

Where in the Bible did Jesus deal with Homosexuality and Abortion? An Answer for Mike Carlton