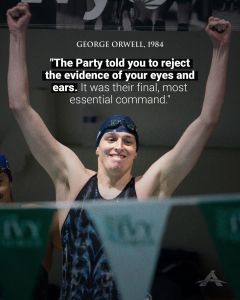 AS well as the links above there are some others:

This video is well worth looking at –

Kathleen Stock – Material Girls – “Now many of the fictions in which we immerse ourselves are harmless. But that isn’t the case with trans fictions, when disseminated at industrial scale and coercively maintained by the progressive establishment. At the other end of this particular story arc are unhappily infertile young adults; women prisoners made to share facilities with male rapists; sportswomen crowded out of competition by men they can’t hope to beat; young lesbians guilted into dating males; wives being coerced into participation in the cross-dressing fantasies of their husbands; and trans people with wholly inadequate healthcare relative to their well-being.”

And here is the music used: