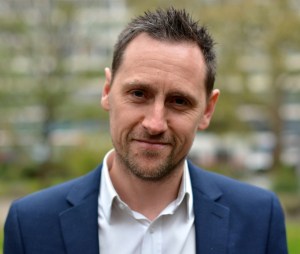 Apparently, Stephen Evans, Chief Executive of the National Secular Society, did not like my article in last weeks Christian Today.  https://theweeflea.com/2021/10/17/the-end-of-christian-charity/   So much so that he contacted CT and wanted a right of reply.

He thinks it is polemical and ‘largely ad hominem’ attack.  Christian Today have graciously allowed him to respond to the article – and they have also let me see an advance copy of his article.  I won’t reproduce the whole thing here but as soon as it is published, I will put the link up – for you to think for yourself.   However, CT will also be putting a link to my response to the response.   There are some clear lessons to be learned. (the response is now up here – https://www.christiantoday.com/article/religion.and.public.benefit/137630.htm

The NSS report is of course on their website – as are many other articles attacking churches and Christian organisations. And not one right of reply.  This despite the fact that their report attacks and smears organisations like The British and Foreign Bible Society, The Evangelical Alliance, CARE and Living Out.    Mr Evans complained that my article was ‘polemical’.   To which I can only plead ‘guilty’!  I wonder if Mr Evans is just using the term polemical as some kind of insult.  It simply means ‘a piece of writing or a speech in which a person strongly attacks or defends a particular opinion, person, idea or set of beliefs. “That is precisely what I was doing – attacking the notion that the promotion of religion should not be a charitable purpose.   The NSS is a website which contains nothing except polemic – and indeed hate filled rhetoric.

Let us take for example the charge that my piece was largely an ad hominem attack. Again, I hope Mr Evans will forgive me, but I need to point out that ad hominem simply means “an attack on the person, rather than on what that person says”.  Given that my whole article mentions no person and just simply interacts with the report, it is difficult to see why Mr Evans should make this demonstrably false claim.  Ironically in attacking me – rather than engaging with any of my arguments, he gives a great demonstration of what ad hominem really is!

If you want to see real ad hominem, then I suggest you read the NSS report.  It lumps together political extremists, fraudsters, sexual abusers and then claims that this is why the promotion of religion should not be a part of charitable law!  It’s like the good old days of 1930’s secularist Germany – when ‘the extremes of Jewish money lenders etc’ were used to justify attacks on the whole Jewish people.   By the way fraud, abuse, inciting violence etc are already against the law.  Charities which do such things should be dealt with in the proper manner.

I use the term ‘militant secularists’ to distinguish them from the vast majority of secularists. To put it simply secularists believe that there should be a separation of church and state.  Most Christians accept that.  There are not many who think that the church should be running the state.  But militant secularists take the term ‘secular’ in its most fundamentalist form – ‘without God’.  They are determined to remove from all areas of public life, any religion, but especially Christianity.   That is of course what this report is about.

Mr Evans in his response to me – doesn’t really respond.  He just repeats what the NSS report says.  It’s almost as though he thinks we were not smart enough to read it for ourselves.  As I have already responded to the NSS report, I won’t insult your intelligence by just making the same comments again.   Although I do find it interesting that he refused to engage with anything that was said and instead just resorted to cliché and repetition.

The NSS not only want to tell us what is good – but they want to tell us what good and bad religion is.  If we fit in with their values, then we will be tolerated – but if we don’t then we are out.  In the somewhat fanciful world in which the NSS operate Mr Evans seems to think that that if we all believed and obeyed the NSS values then all tension and disharmony in society would be gone.

The National Secular Society are an Extremist Organisation who seek to remove from all public life any group that does not meet with their approval.

The NSS seem to think that only they can determine what ‘serves the public interest”.  They therefore want to remove from the charity sector any organisation which does not share their values.

Mr Evans accuses ‘Robertson’ of erroneously claiming that secularists see no public benefit in religious charities.  That’s true.  Of course they argue that if a religious charity doesn’t do the religious bit and instead just does the bit that the NSS say is ‘charitable’ then they are fine.  In other words, if religious charities weren’t religious then they would be ok.  But that kind of defeats the purpose.  I can understand why a militant secularist organisation wants Christians to provide for the poor, care for the sick and do all the other things that they don’t do – but they can’t seem to grasp that we do so because of Christ – not in spite of him. They seem to want us to do the work they refuse to do, in caring for the poor and marginalised, but then they want to claim the credit – and stop the poor from receiving the best gift we have to give – Christ.

Mr Evans states on the one hand that the NSS “have no wish to undermine the role that faith can play in communities in Britain today” but on the other “the state should not be supporting religious extremism, misogyny, homophobia, and hatred through the charity system.”  Again, note the trick being played.  It’s ok to be religious and have your beliefs and values – as long as they correspond directly with the NSS.   If we don’t do so, then we are ‘undermining democracy’.  The lack of historical awareness is quite frightening.  Democracy in the UK stems from Christianity.  What undermines democracy is not the continuation of that foundation, but the removal of it.

“David Robertson’s determination to wilfully misunderstand secularism and the National Secular Society is disappointing. Our work takes aim not at religion, but at religious privilege. Secularism provides a model for people of all religions and none to coexist peacefully as equals. One can’t help wondering whether Robertson simply wants people of faith to be more equal than others.”

I understand the kind of militant secularism represented by the NSS all too well.  I have been fighting it for years.    Although they claim not to be aiming at religion but at religious privilege – they are being economical with the truth – as any look at any of their social media pages would show.  The NSS exist only for one purpose – and that is to attack religion in general and Christians in particular.   They may not be as extreme as their Scottish cousins – but they ain’t far off.  ““I hate organised religion, but boy, I sure do hate you more!”  as Garry Otton – Founder of the Scottish Secular Society once wrote about me.

The NSS do not want us to exist as equals.   There is little or no privilege in being a Christian in the UK today – indeed the very opposite.  Witness the militant secularist attacks upon any politician who dares to take their faith seriously.   They want us to exist under their secular authoritarianism where they tell us what we must believe, how we should speak and what we should do.   They don’t believe that religion is for the public good – and they demand that the whole of society must be based on their belief.

In seeking to do away with Christian charities, Christian schools and to remove all vestiges of Christianity from public life, the NSS are causing untold harm.  As we look at the history of the 20th Century we can see where this could lead.   Whilst militant religion has slain its thousands, militant secularism has slain its tens of millions.

I have no desire for ‘people of faith to be more equal than others.  Firstly, everyone is a person of faith – it’s just some of us have a more rational faith than others!  But secondly Mr Evans is misquoting George Orwell who was of course writing about the secularist definition of equality – as espoused in Soviet Russia.    All I want is real equality for all groups – not the kind of equality that comes from us all having to bow down to the dictates of the NSS – but the kind that comes from leaving people to get on with their own lives, live according to their own faith, educating, caring and loving according to that faith – without having the joyless busybodies of the NSS continually harassing, attacking and seeking to exclude us!

Finally let me just add in closing.  What a joyless, miserable, whining, bitter bunch the NSS are.  A former President of the Scottish Secular Society sent me an example of a couple of leading secularists tweets about the murder of David Amess.  They were snarky, bitter and sick.   As he put it “I’m done with these people’.    The sooner the UK, is as well, the better.

The only way that real equality can happen is through Christ.   The foundation for equality is that we are all made in the image of God.  The guarantee of equality is the Christ who takes away the dividing walls of partition.  And he is the only giver of pure joy…. it’s desperately needed.   The more secular Britain becomes…the more miserable it gets.  By their fruits you shall know them!  If we are concerned about what is for the Public Benefit, then I would suggest when the choice is between the joy, diversity and technicolour of Christ or the joyless, samey and monochrome world of the NSS – it’s a no brainer!

Why I Left Secular Scotland