Have you read The Tiger Who Came to Tea – the well-known children’s book by Judith Kerr? It’s about a tiger who comes to visit little Sophie in her home, eats all her food and drinks everything.   When Sophie’s father comes home and sees what has happened he take the whole family out for tea.    That’s it.  That’s the story.  Are you suitably offended?    Apparently you should be.  Back in my home country of Scotland, a campaign group called Zero Tolerance, who have a worthy cause, (preventing domestic abuse), have done that cause no good at all.  They have placed The Tiger Who Came to Tea on their list of questionable books.

Having done a ‘gender and diversity audit on 3,000 books placed in Scottish nurseries, they found that The Tiger Who Came to Tea is suspect because the tiger is male (not female or gender neutral) and reflects unrealistic and harmful stereotypes of family life.  I find it somewhat amusing that they don’t apparently think the unrealistic part of the story is a tiger who rings the doorbell, sits at the dinner table and has tea and biscuits!  No – the unrealistic part is being male!    The notion that this children’s book is the cause of male domestic violence is about as believable as the Australian Anglicans report that complementarian theology is responsible for domestic violence amongst Anglicans!

This could of course just be another amusing tale of a woke world gone mad – but it’s not funny.  This is not an isolated incident but rather indicative of the retreat from rationality that has gripped so many of our ruling class.  The long march through the institutions is stretching its tentacles everywhere. 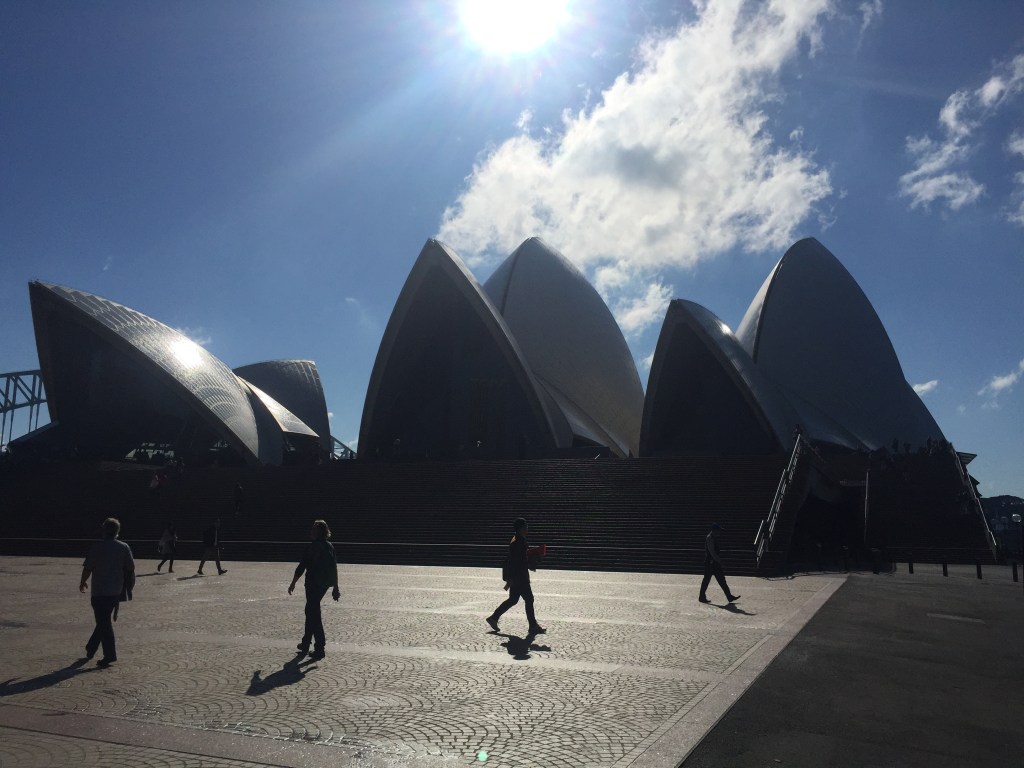 Take for example Sydney Opera House.  I love the Opera House – because I love opera.  And so, somewhat naively, I signed up to their newsletter. I say naively, because I thought Sydney Opera House newsletter might be about, well, opera.  How wrong could I be?!  I guess opera is tolerated – even though all the best ones were written by dead, white, European males.   But Sydney Opera House is as woke as Sydney Book Festival.   It’s all about climate change, racism, feminism, gender identity, poverty (ironic from the $200 per ticket people!) and even advocating the rights of ‘sex workers’. If it’s got a woke label, Sydney Opera house will be selling it.

There are some Christians who are in denial – either because they understandably don’t want to be associated with some right-wing extremists (everything is extreme in Twitterland!), or because the causes themselves seem ‘nice’.  Surely every Christian would want to be anti-racist, care for the planet and for gender equality?    But we don’t think.   We just accept things at face value and so we don’t see where this has come from and where it all leads – including in the Church.

What we must grasp is that most (not all) of the major academic, cultural, political and business institutions have now been captured by a progressive ideology which is fundamentally at heart anti-Christian.    It’s also anti-family, anti-democratic and anti-humanity.  Our young people are being indoctrinated into this unthinking ideology by the media, the corporate world, sometimes the church, and of course the academy.

Speaking of which a student at the University of Sydney reported this from one of the lecturers (and this is but the tip of an iceberg of examples):

“If people cling so tenaciously to fossil fuels, it is because they secure cultural meaning and political subjectivity especially… It is no coincidence that white, conservative men – regardless of class – appear to be among the most vociferous climate deniers and leading fossil fuel proponents in the West… A feminist reading of fossil fuel system points to the emergence of a dangerous convergence between climate change, a threatened fossil fuel system, and an increasingly fragile Western hyper masculinity.”

For a moment substitute the word ‘white’ with ‘black’.   How long do you think that lecturer would remain in employment?   But this is the world today.  Where it is perfectly acceptable for our young people to be taught that climate change is caused by ‘Western hyper masculinity’!    It is irrational, unscientific psycho-babble.  Dare to question it and you will soon find out just how ‘tolerant’ our ‘tolerant’ masters are!

Have you noticed – all these institutions and public bodies are largely funded by the tax payer and run by the elites.  We pay these people to perpetuate this, at best laughable, and at worst dangerous, indoctrination. It’s like paying at a restaurant for a chef to give you food poisoning.

Again, far too many Christians just don’t see the danger.  We too adopt the postures (whether of right or left doesn’t matter) of the culture wars.  We don’t stop, take a step back and observe what is happening right under our eyes.  Why does it matter?

Judith Kerr, the author of The Tiger who Came to Tea, was German.  She was a Jewish refugee from the Nazis.  She watched them burn her father’s books for being too ‘unGerman’.  In today’s Western democracies we are moving away from the basic principles of Western liberal democracies, founded upon Christianity.

As we do so we are moving into a world, where children’s books get burned; praying for conversion can get you jailed; denying that men can give birth can get you banned, and refusing to wear the woke symbol of the day can lose you your job.   Does it matter?  Yes!  When the foundations are being destroyed what do you think the consequences will be?  When the foundations are being destroyed, what can the righteous do? (Ps 11:3).   We can look up.  Remember that the Lord is on his heavenly throne.  Cry out to him for mercy.  And proclaim his name, word and glory.  We don’t burn books.  We write them.

Quantum 161 – Gimme Shelter – The CCP religion, Covid in Australia; Hate Crime Cars; and The Tiger who Came to Tea