This article was first published here on the Canberra Declaration… 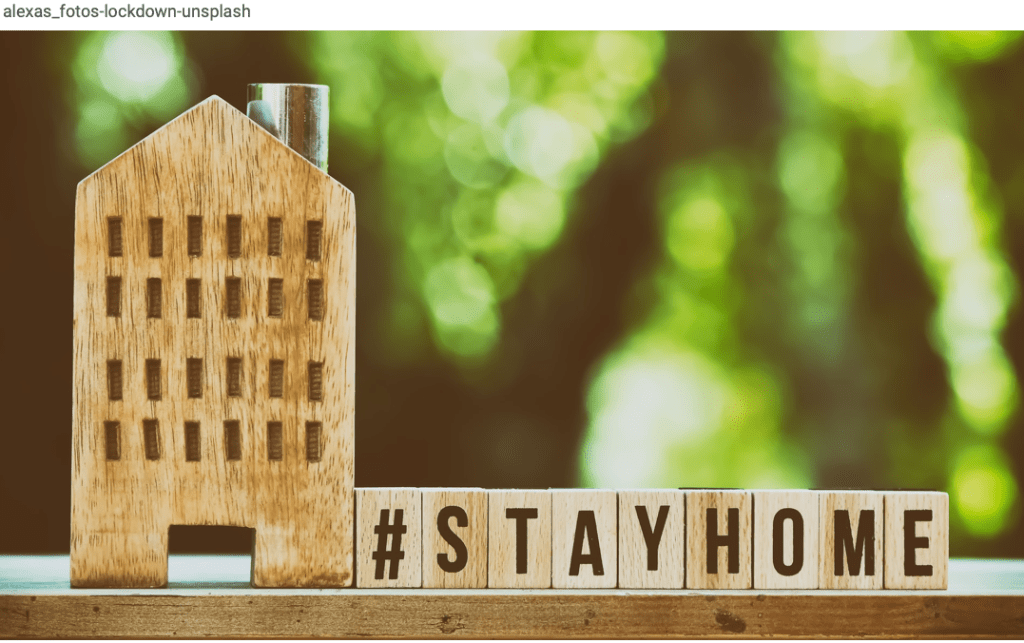 Rather than criticising the poor who are protesting, shouldn’t we speak up for them?

Did you have any sympathy at all for the Black Lives Matter marchers last year? Yes, I know they were marching in the midst of lockdown in Sydney and Melbourne, and I know that there are fringe elements who are a bit weird and extreme; but surely you can empathise with those who have experienced racial injustice?

Let me ask another question: Did you have any sympathy for the tens of thousands who marched last weekend in cities all over Australia? Yes, I know they were marching in the midst of lockdown in Sydney and Melbourne, and I know that there are fringe elements who are a bit weird and extreme; but surely you can empathise with those for whom lockdown is much more than just a temporary inconvenience?

Of course there was outrage (when is there not ‘outrage’?) at the irresponsibility and selfishness of those who took part in the protests. However, unlike for the BLM marchers, there will be serious consequences for last weekend’s recalcitrants. Police have set up a special squad to arrest as many of them as possible. A teacher who attended has even been suspended from his job at a posh private school. Politicians, journalists, church leaders and commentators rushed to condemn.

At first I went along with that outrage. After all, we are in the midst of a pandemic, confined to our homes, not able to gather in church — and yet here were thousands of people coming together to protest the lockdown (and probably spread the virus).

I certainly would not have joined them. But when I started to listen and think, I ended up with a somewhat different perspective. I still think the marches were wrong and foolish (as were the BLM ones); but I now have a much deeper empathy with many of those who felt it was the only way their voice could be heard.

There were many people who went on these marches, not because they are conspiracy theorists, ‘anti-vax’, or unhinged religious freaks — but rather because they are genuinely concerned about the infringement of our freedoms, and the impact of lockdowns on the poor.

Take for example this young teacher who staged his own protest. You may not agree with him, but surely we are obliged to listen before condemning? Perhaps those marching felt that public protest was the only way their voice could be heard? Who else is going to speak for them? Certainly not the politicians, nor the ABC or the Sydney Morning Herald. And apparently not the church either.

See, here is the main issue. Whilst it is questionable whether lockdowns actually work, it is unquestionable that the people who suffer the most are the poor.

The American Institute for Economic Research argues that it is poorer countries that are most impacted by lockdown. And this is true not just on an international scale. It also applies at a local level. The people in Western Sydney are going to be far more impacted than most of those who live in Bondi or the North Shore. I live in a nice apartment with a balcony, and I have a guaranteed job. It is for this reason that I am reluctant to condemn those who live in cramped apartments minding three children and who find themselves without work.

The Sydney Morning Herald reported today that up to 300,000 jobs could be lost because of this latest lockdown. I suspect that it won’t be the government officials, the lawyers and the stockbrokers who will lose their jobs. Rather, it will be the tradies, the shop staff and those working in the ‘gig’ economy. The poor are being sacrificed — and for what?

There is a reason that lockdowns were not recommended by the World Health Organisation, and were not part of any nation’s pandemic planning. So the question is, why did so many use them? Is it because a kind of collective hysteria overtook Western governments and they just decided to follow Communist China? Is it because it became a zero-sum game — where, having started down this route, and using fear as a primary weapon of motivation, it became impossible for the politicians to back down and change tack?

Carl Heneghan, the director of Oxford University’s Centre for Evidence-Based Medicine, gave a fascinating interview in which he argues that we are going to be counting the cost of lockdown for decades.

But surely lockdowns must work: don’t all the experts say so? The empirical evidence is — to say the least — mixed. It appears that lockdowns suppress and delay Covid, but do not eradicate it. For example, California and Florida in the U.S. have taken radically different approaches. California went for strict lockdown; Florida refused to go that route. The result is that both have the same rate of Covid deaths.

In the UK, Professor Simon Wood of the University of Edinburgh has analysed the impact of the three UK lockdowns and has found that cases peaked before the lockdowns came in. Last week, there was hysteria on social media and in some sections of the UK press, as July the 19th was announced as ‘freedom day’. ‘Experts’ told us that cases would rise to 100,000 or 200,000 per day, with up to 2,000 being hospitalised each day. For the past seven days, the numbers have in fact declined each day — now to around 25,000 — and hospitalisations have greatly decreased also.

Early on in the pandemic, the Czech Republic and Peru were praised for having strict lockdowns and low cases. Now they have some of the highest numbers of cases and death rates, and their economies have been trashed. On the other hand, Sweden was widely condemned and yet now they are at zero Covid deaths and few infections, with their economy not taking as big a hit as other Western countries. Johan Carlson, Director of the Public Health Agency of Sweden, said,

Some believed that it was possible to eliminate disease transmission by shutting down society. We did not believe that and we have been proven right.

Australia, New Zealand and North Korea are now the only countries in the world that are pursuing a ‘Zero Covid’ strategy. And this is going to come at enormous cost — in the billions of dollars — which our grandchildren will have to pay back. How many health appointments will be cancelled? How many extra deaths will be caused by missed hospital appointments? In the UK, they estimate 60,000 extra deaths from cancer.

What about the cost of school closures? What about the phenomenal cost of mental health? How many jobs lost? And there remains the issue of whether governments will give back fully the freedoms they have taken. Power is an addictive drug.

Patrica Karvelas of the ABC tweeted in support of the BLM marches: “You don’t get many chances to elevate an issue like this.” Then last week she tweeted against the anti-lockdown protesters: “I’m genuinely shocked that there are that many people stupid enough to protest and spread a virus that might kill them. My brain hurts.”

The hypocrisy is breathtaking.

As Christians, we know that Christ hates hypocrisy. We should not join in with it. But conversely, we should take every opportunity to elevate the issue of how unjustly the poor are being treated. Is there not a role for this prophetic voice to the nation?

There is a case for having lockdowns. It’s not just a black-and-white, take-it-or-leave it issue. Perhaps in Australia because of our Zero Covid approach, we have to continue with it? After all, we have so little herd immunity and will now have to wait until enough people are vaccinated.

But we also must bear in mind that the vaccinations are not 100 percent effective. In fact, as Israel is finding out, the percentage is much lower in terms of preventing the spread. But we do know that — as the UK is finding out — the vaccines really limit hospitalisations and deaths. So maybe we do just have to hang on.

But why should the poor be the ones who pay the highest price? Here is a radical suggestion: maybe those who make the decisions about lockdowns should take a 25 percent pay cut, and the money be put towards support funds for those who need it, so that we really are ‘all in this together’? We could add to that fund by fining every wealthy, powerful politician, media personality or health official every time they use the mantra that ‘we are all in this together’! Simply, I don’t think we are.

Our trendy clergy and radical politicians like to talk about being a voice for the voiceless and speaking truth to power. We should put that into action. The church should speak up for the poor, and for those who are unable to speak up for themselves — not because they don’t have the ability, but they just don’t have the means or get the opportunity.

Firstly, we need to make sure that the church is living amongst the poor — and fully supporting those who are planting and building churches in the areas most impacted by poverty. Then, instead of turning our fire on those who were so desperate they broke the law to protest, perhaps we could listen to them, and then speak up for them?

Or would you prefer to leave the poor to the conspiracy theorists, the media shock jocks and the religious weirdos? What would Jesus do? His brother gives us a clue:

Now listen, you rich people, weep and wail because of the misery that is coming on you.
Your wealth has rotted, and moths have eaten your clothes. Your gold and silver are corroded. Their corrosion will testify against you and eat your flesh like fire.
You have hoarded wealth in the last days. Look! The wages you failed to pay the workers who mowed your fields are crying out against you.
The cries of the harvesters have reached the ears of the Lord Almighty.
You have lived on earth in luxury and self-indulgence.
You have fattened yourselves in the day of slaughter.
~ James 5:1-6

If we don’t like the protesters, are we at least prepared to be the prophets?