(It’s somewhat ironic that since I wrote this I discovered that GB News has had more viewers for its news programmes some evenings than BBC and Sky combined!  Little wonder that the Woke are furious…!) 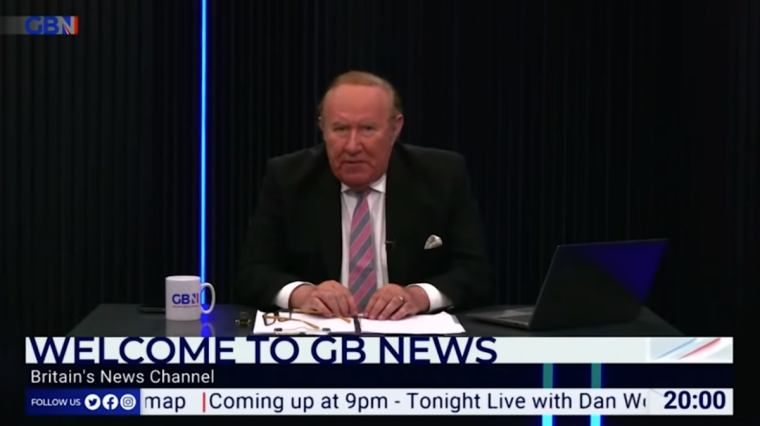 I confess. I did it. I switched on. I watched. Sure, there were some things I didn’t like about it (e.g. the dark background), but I found it quite addictive.I’m talking about GB News, the latest news channel in the UK (and worldwide on the internet) which is threatening to rival the BBC, ITV and Sky.

I don’t even have the excuse of not knowing what it was about – unlike some companies who apparently advertised on GB News without knowing what they were doing. Although perhaps I was ignorant – after all, one of these companies tells us that the prime purpose of GB News is ‘to communicate hatred’.

What is going on? Have the Nazi party reincarnated as a British media show? Why is this happening? What can the Church learn from it?

The Hate of SFH

Stop Funding Hate (SFH), the most hateful of all the ‘anti-hate’ groups, is pressurising corporations and businesses not to advertise on GB News. In fact, they have been trying to do this before a word was even broadcast. The Twitter mob are in full force – although to be fair, it appears that the automatons who run the corporations are now so spineless that even one tweet constitutes ‘public pressure’ – especially if it even hints that they might be blaspheming against any of the Woke doctrines that the corporations are supposed to sign up to. So far Kopparberg (cider), Grolsch (Dutch beer), Nivea, and IKEA are amongst the companies who have withdrawn adverts and publicly repented for their sin.

The responses from the companies read like they were written by someone who was schooled in a combination of Chairman Mao’s Little Red Book and Monty Python. Grolsch, for example, issued a press statement stating that it “prides itself on core values of inclusion and openness to all people” – except, of course, those who would want to watch GB News. Likewise, Kopperberg say they are a “drink for everyone” – except, of course, those who might have different opinions to the Woke doctrines – or those who have taste!

IKEA are a great example of corporate hypocrisy. On the week that they repented of having advertised on GB news, because it did not suit their “humanistic values”, they were fined £1m by a French court for illegally spying on their employees. I would love to know what IKEA’s “humanistic” values are – apart from making profit from enticing customers to wander round a snake path to be tempted with cheap build-it-yourself furniture (and have some meatballs on the way out!).

I’m afraid any company that spies on its employees, whilst wanting to cancel a news company because of gossip they have heard on Twitter, is one that is telling me not to purchase its goods. But on the up side, I guess my life is not going to be the poorer if I don’t have flat pack furniture, weak Dutch beer, and corporate cream to smooth my face!

I think what disturbed me the most was the Open University – who, in denial of their title, showed themselves to not be very open. Are they saying that they are only a university for Guardian readers?

Another company which wanted to show us its moral compass was Octopus Energy whose chairman, Greg Jackson declared that the company does not advertise on platforms “whose primary purpose is the distribution of hate“. Mr Jackson could not provide one piece of evidence for this astonishing assertion. I have watched a fair bit of GB News this week and whilst I have found plenty to disagree with, I haven’t seen any evidence at all of any kind of hate. Unless you define as hate that which you disagree with. If that’s the case, then the lunatics really have taken over the asylum!

What is really going on here?

SFH and the intolerant Woke Regressives do not believe in free speech, or indeed freedom of thought. They don’t believe in either equality or diversity (except in the perverse way they have reinterpreted these words to mean the exact opposite of what they really do mean). And so they want to cancel any opinion that does not agree with them. If you have an opinion which is not theirs or does not suit their ‘values’, then you must be filled with hate. And so you must be cancelled. This is what we call mob rule.

Stop Funding Hate is a nice sounding name and idea. After all, who is for funding hate? But the trouble is: how do they define what hate is? A good example of this is the following from Sam Bright, a writer/editor and former BBC reporter, who tweeted: “A direct quote from your flagship presenter on air three days ago: ‘doomsday scientists and public health officials have taken control. They are addicted to power and the Government’s 15-month-long, never-ending scare campaign.’ Seems pretty full of hate to me.”

I have read and re-read that tweet, and there is no ‘hate’ in the statement. It’s a political opinion which you may disagree with, but if that’s your definition of hate then you are demanding a level of intolerance that any of the world’s authoritarian regimes would love!

Let’s go with GB News itself. It has a more diverse and gender balanced group of presenters than most of its competitors. Does Stop Funding Hate want these people of colour and women to be put out of jobs? That seems more than a little hateful to me. Does no-one else think it ironic that if you want to see real hate, just go to an anti-hate rally?

It’s not all bad news, though. The Co-Op refused to pull its adverts and instead gave an explanation of its policy which included: “we will not seek to influence the editorial independence of publications or channels.” And the backlash against the Woke corporates is suggestive that there is more than a little truth to the adage ‘go woke, go broke’. Perhaps if we all learned to use our little spending power more wisely and ethically, we could remind our ‘lords and masters’ that we don’t owe them a living?

First they came for GB News…

This is about way more than one media news channel. It’s about the negation of the Christian values which have made our societies the most prosperous and free the world has yet seen. It’s about the attempt to silence those who don’t buy into the current doctrines that the Harvard, Yale, and Oxford elites – who train the world’s CEOs and corporate HR and publicity departments – seek to impose upon all of us.

We need to realise that the hatred, hypocrisy, and hubris of the Twitter mobs and Woke corporates will just as easily be turned on those who are bearers of the Good News. We need to speak up for tolerance, diversity, and equality, before those who misuse these glorious concepts end up taking them away from us.

Is the Church now the Green Party at Prayer? – CT