Scotland is blessed with some fine journalists and commentators – Kevin McKenna, Andrew Neil, Jim Spence and Stephen Daisley.  The latter is a perceptive political pundit and he also has a lively turn with words.  His latest article in The Spectator, is a great example of hitting the nail on the head.   For those who are not able to read it – here it is below.  I would recommend highly subscribing to the Spectator – which really is a delight – and paying attention to anything Daisley writes.  You may not always agree with him – but he is always well informed and certainly makes you think.

Christians should pray for Kate Forbes (whether you agree with her politics or not) – above all that she would be protected for making such a clear and brave stance.  Non-Christians should be thankful that we have a politician of such calibre and character in such high office.

There are some questions that arise out of this article. 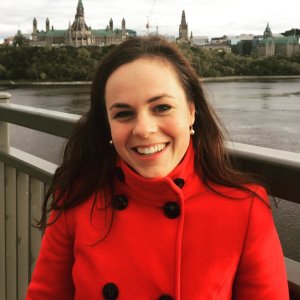 Politics tends to attract people who consider themselves and their every mundane word and deed an example of great bravery. Like journalism and entertainment, it is an industry constructed around the pleasing myth that, whatever level you’re working at, you are engaged in the business of saving the world. Yet few politicians say much today that is courageous, or even all that original. When every dissenting view, colourful remark, or provocative thought brings with it the threat of cancellation, you have to console yourself with the fiction that saying the same thing as everyone around you is a courageous feat.

So when I say that Kate Forbes has done something courageous, I say it because she has done something no one around her is doing. The SNP politician serves as finance minister of the devolved government in Edinburgh but is out of step with many in her party — and the other parties — in that she is a Christian. And not one of those occasional hymn-mouthers on a zero-hours contract with the Almighty: she actually believes in it.

In an interview on the BBC’s Political Thinking podcast, Forbes tells Nick Robinson:“To be straight, I believe in the person of Jesus Christ. I believe that he died for me, he saved me and that my calling is to serve and to love him and to serve and love my neighbours with all my heart and soul and mind and strength. So that for me is essential to my being. Politics will pass. I am a person before I was a politician and that person will continue to believe that I am made in the image of God.”

Forbes’ comments are an innocently-worded rebellion against the culture around her
However, this profession of faith and the unapologetic way in which it is delivered is entirely at odds with the aggressively secular, and increasingly anti-religious worldview that dominates Scottish public life, from politics and civil society, to news media and academia.

To pledge yourself so openly to Christ makes you sound like a bit of a freak, not least in a party with little regard for freedom of worship, freedom of religious expression and whose up-and-coming generation of activists is as wedded to transgender ideology as it is to Scottish nationalism.

Forbes’ comments are an innocently-worded rebellion against the culture around her, one that has not treated her kindly for her faith. In June 2018, she took part in a prayer breakfast in Edinburgh at which she petitioned the Lord:

“May our politicians recognise that the way we treat the most vulnerable — whether the unborn or the terminally ill — is a measure of true progress.”
Even this most measured of statements on the right to life got her written up in the papers.

When she was being tipped as the next finance minister last February, Josh Mennie, then a member of the SNP national executive committee and a leader of the party’s LGBT group Out4Indy, said her promotion was ‘the last thing our party needs’.

When that promotion came, an SNP source told the National:

“There are some concerns about her views on LGBT progress. She is a practising Christian which in itself is fine, but there is a worry whether she could use her beliefs to eschew progress for LGBT rights.
‘Which in itself is fine’. Forbes would have faced less resistance if she’d turned up at SNP conference in a Union Jack pants suit singing the Marshal Wade verse of the National Anthem.

If after all this she is still willing to speak openly about her religious convictions, it tells of an admirable level of personal steel. Of course, her critics inside the SNP will point to warm words in The Spectator as proof that Forbes is a secret right-winger, A Bad Person, or, perhaps worst of all, liked by people who don’t support independence.

On Thursday, the Lib Dem MSP Alex Cole-Hamilton remarked at Holyrood: ‘I do not know any member who does not like Kate Forbes personally.’

If you want to find anyone with a bad word to say about the rising star of the SNP, you have to ask inside the SNP.

Forbes’ profession of faith is a small, humble act but one that took real political bravery. It will bring her no advantage and may well earn her more brickbats; it is more likely to hinder than help any designs she might have on her party’s leadership.

Yet she said it because she believes it to be true. There is something welcome and commendable about that, and if it does attract more scorn, there is a lesson for Forbes in John 15:18. No doubt she’ll know the verse.

Derek Mackay &#8211; The End of the Scottish Government?