This weeks Ask at the Cathedral

These are the notes that people were given:

Ecclesiastes Ch. 3 – A Time for Everything – The burden of beauty and eternity
(Why do I feel there is something more?) ch.3

“There is no reason to suppose that a man’s life has any more meaning than the life of the humblest insect that crawls from one annihilation to another.” Prof. Joseph Wood Krutch,

‘he who leaves God out of his reckoning does not know how to count’.

“Come gather round people, wherever you roam, admit that the waters around you have grown, …O you’d better start swimming, or you’ll sink like a stone, for the times they are a changing”

Walter Kaiser “a deep seated desire, a compulsive drive.. to know the character, composition and meaning of the world… and to discern its purpose and destiny”.

The result is almost invariably the exact opposite of what’s intended. Thus, expanding public education has served to increase illiteracy; half a century of pacifist agitation has resulted in the two most ferocious and destructive wars in history, political egalitarianism has made for a heightened class-consciousness. and sexual freedom has led to erotomania on a scale hitherto undreamed of. “Malcolm Muggeridge

“I have seen the burden God has laid on the human race. He has made everything beautiful in its time. He has also set eternity in the hearts of men, yet no one can fathom what God has done from beginning to end”

Conclusion – Is that it?St Andrews – Ecc 3

And here are the slides I used. 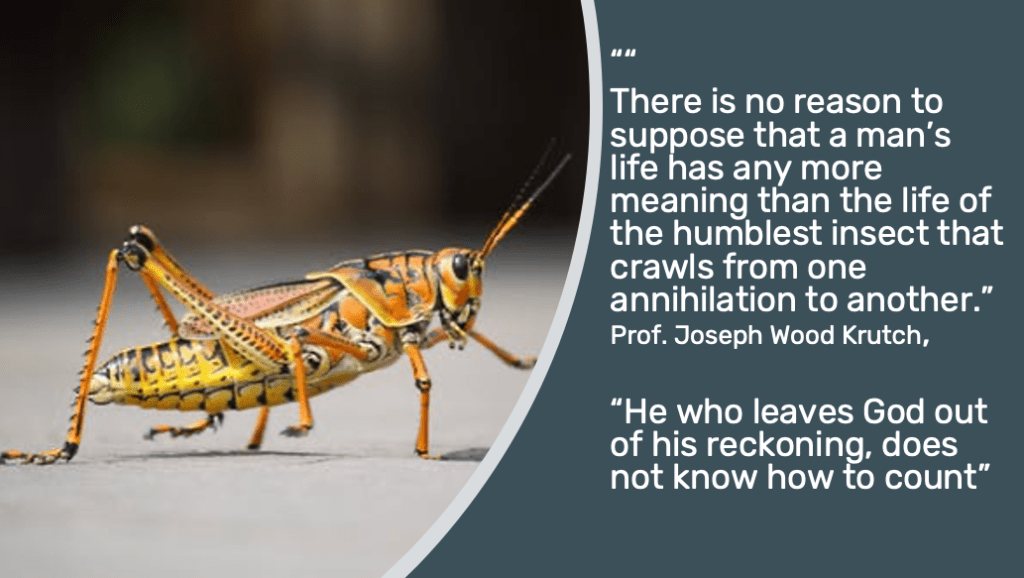 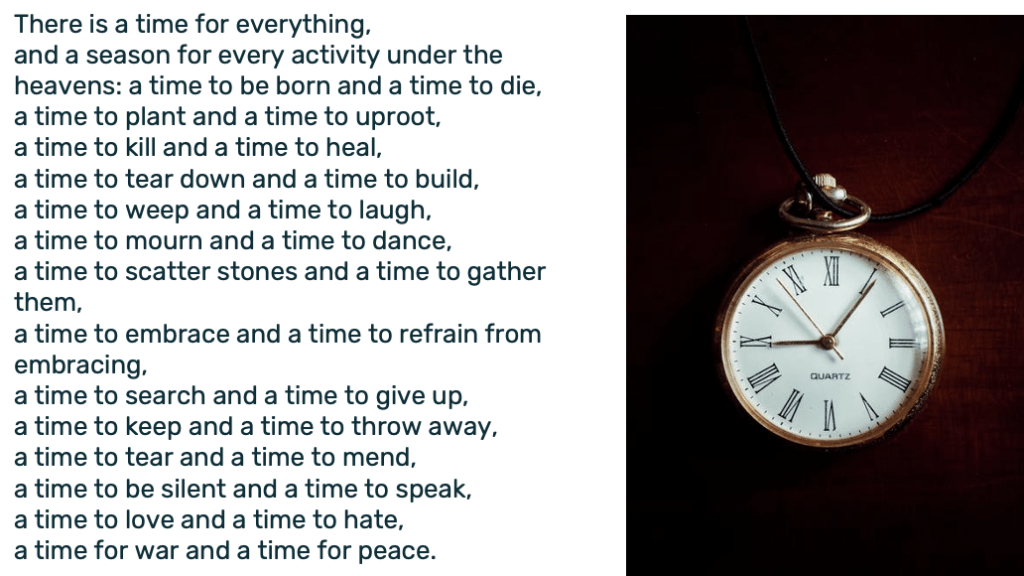 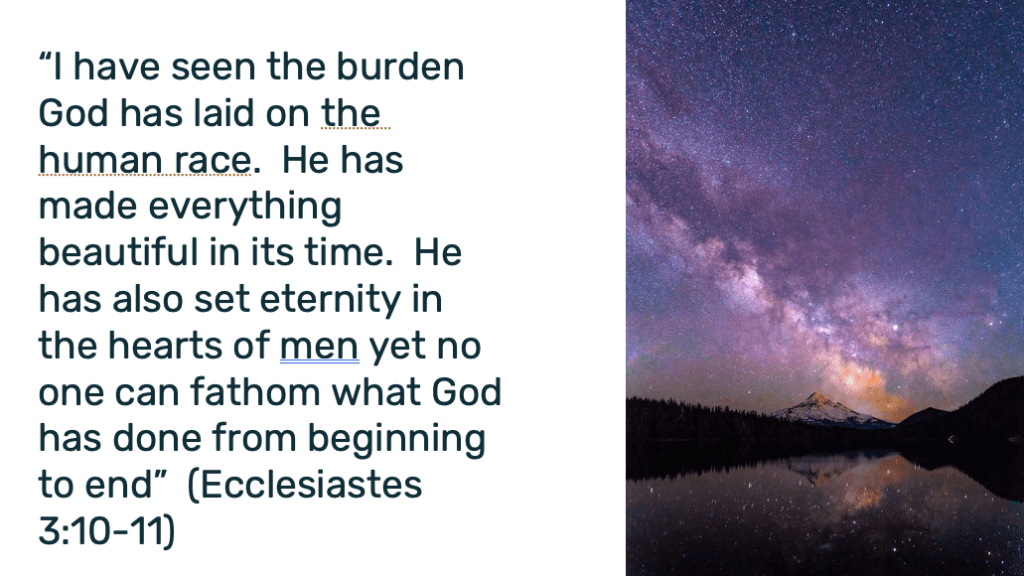 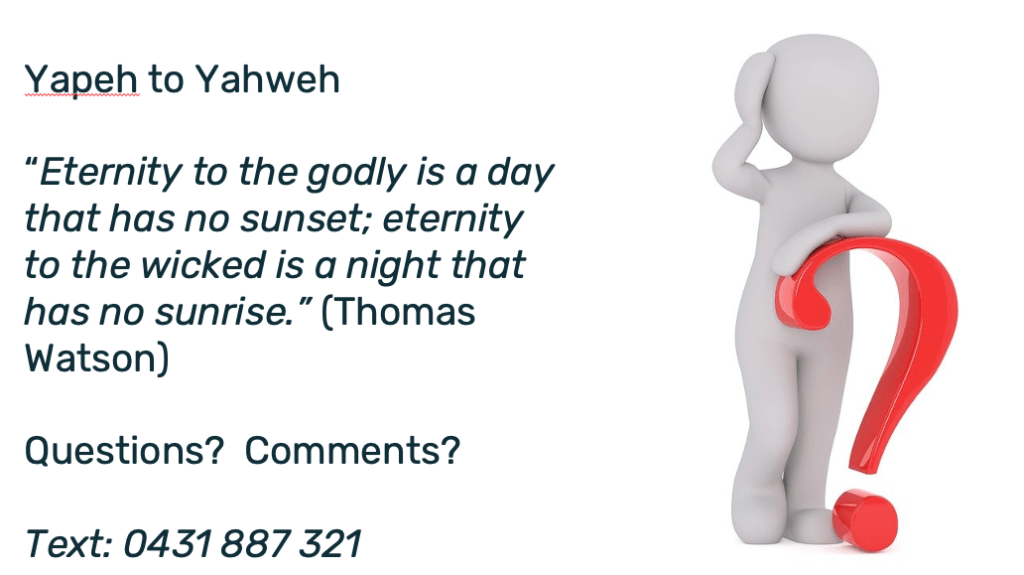 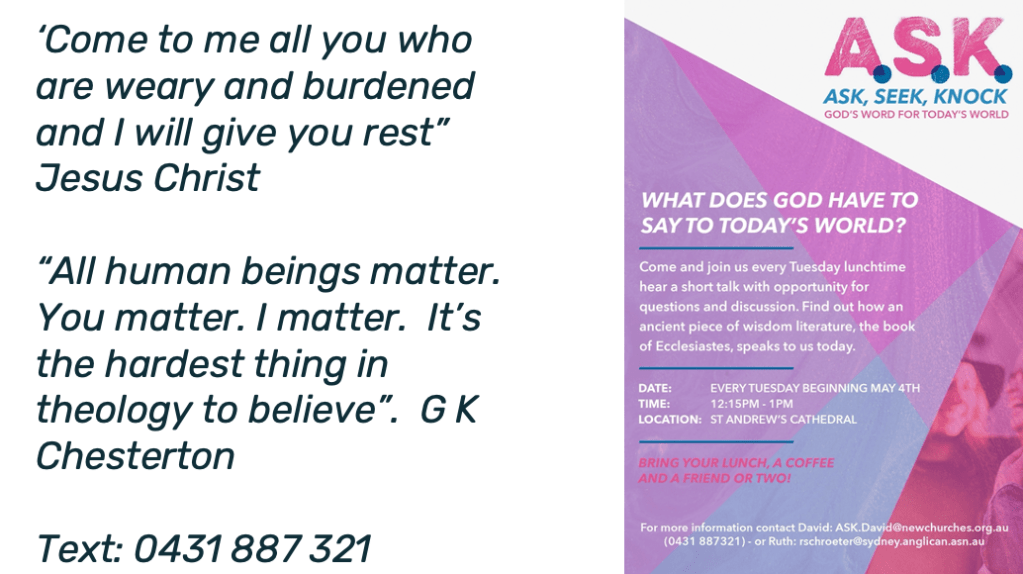 No Satisfaction!- (Why are wealth, wisdom and sex not enough?) Ecclesiastes 2 – Ask at the Cathedral