Yesterday I had the great joy of preaching Christ in our church .  It was lovely to see a full church – almost everything was back to normal.  The children were in church, we had coffee and name tags.  The one thing we were not allowed to do was sing – which was difficult.  I’m not sure what the ‘science’ is that allows us to speak our confession together, but we can’t sing – especially in a State which has had no community transmission of Covid for over 40 days. 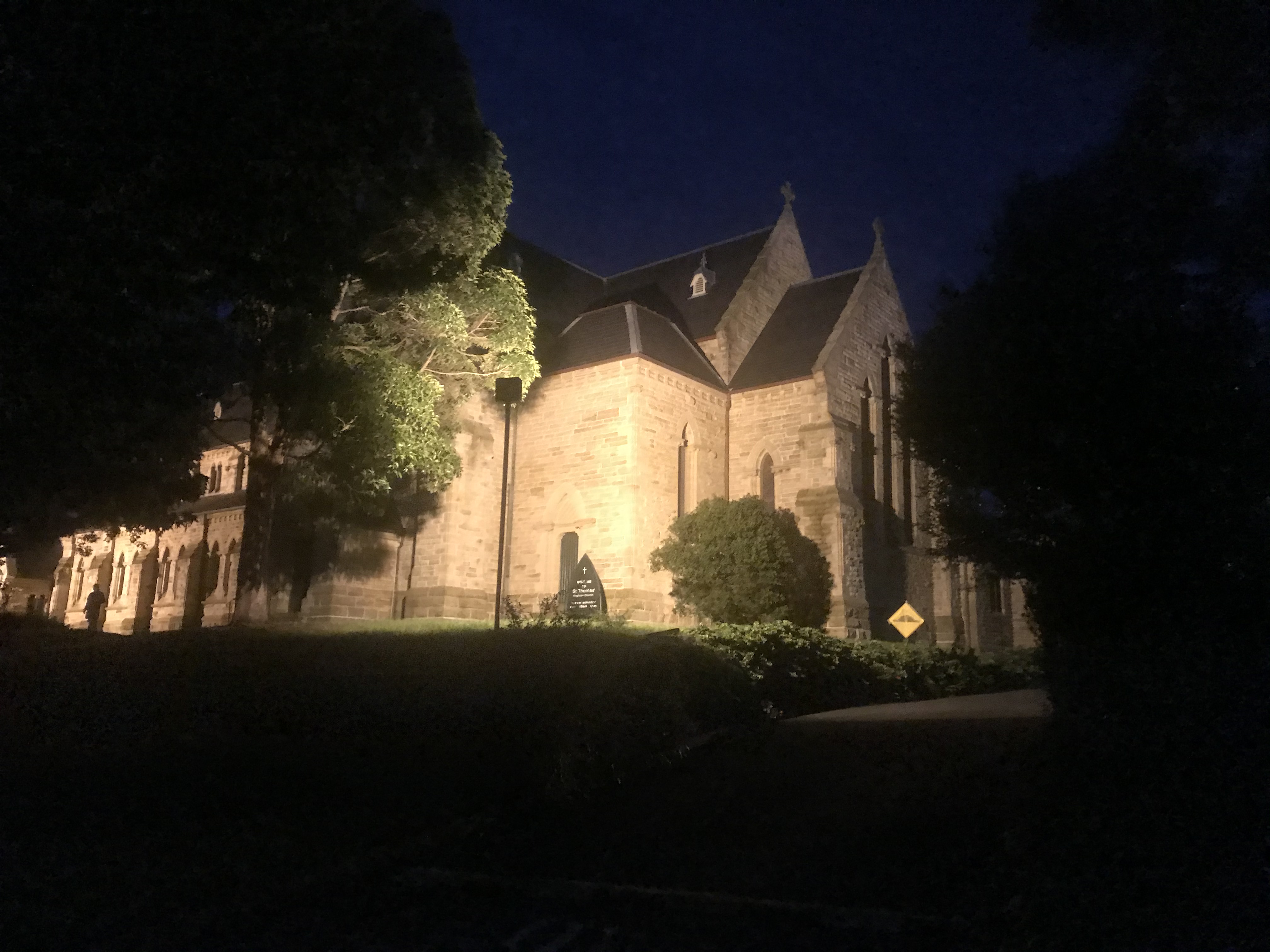 However, we have very little to complain about in Australia.  We can’t travel internationally but other than that life is normal.   When I phone home, I feel the pain and frustration of those who are still in lockdown.  I listened to Nicola Sturgeon’s non plans for lifting lockdown and found them so depressing.  What genius in the Scottish government decided that the churches could meet again – the day after Easter!   Does anyone really think there is any scientific reason for not opening 24 hours earlier?   I thought this graphic stressed the point. 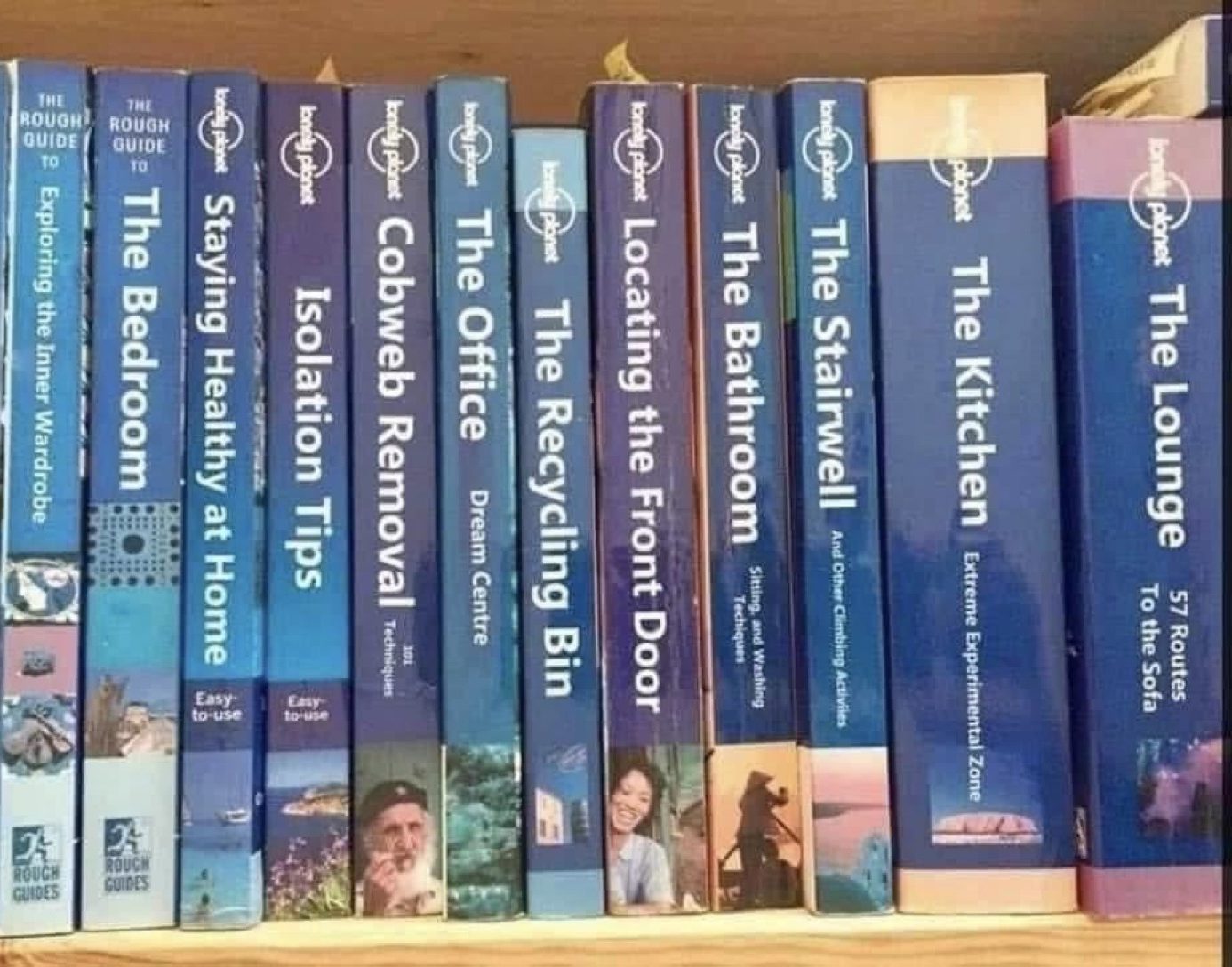 I was intrigued by a strange personal accusation I have heard recently.  It’s one that has occurred on social media and in other forms of gossip.   The accusation?  That I am right wing!

Now some would regard that as a badge of honour – but for me it is a dangerous accusation that can do a great deal of harm and is also revealing about our society  thinks and how the Church has become infected by it.  It’s an example of how language changes so much that it becomes meaningless.

From Communist to Socialist

When I was 14, I wanted to be a communist.  I read The Communist Manifesto, I rejoiced at the Vietnamese winning the war.   But even at that age I could see how evil communism was (despite teachers, media and others having Lenin, Marx, Che and Mao as some kind of heroes!).  When I was 17, I joined the Labour party and became the publicity secretary at the University of Edinburgh.  I joined CND and campaigned for various causes –    In 1979 I remember weeping when Margaret Thatcher was elected because I had actually read her manifesto – I knew what she was going to do.  But I watched with horror as the Labour party shifted to the extreme Left and so I became a founding member of the Social Democratic Party.

From SDP to SNP

When I became a minister in 1986, I was no longer involved in party politics, although I retained an interest.  I was disgusted to see Labour under Tony Blair (son of Thatcher) then lurch to the Right and support policies that to me undermined the very basis of the Labour movement.  I felt that the whole of the UK was becoming even more London centric and became convinced that Scottish independence was the way forward.  I admired the SNP for standing up to the EU (how times have changed!) and there were leaders like Gordon Wilson and Jim Sillars.

I would have described myself as left of centre when the terms left and right had some actual meaning.  I remember when I stood to become senior president of the Edinburgh University Students Association, I was considered the favourite to win until the Student newspaper did a hatchet job on me and described me as an extreme Marxist economically and an extreme Fascist morally.    They hated my Christianity and did their utmost to prevent me standing (whilst I was not ashamed of my Christianity it was not part of my political platform as I did not, and do not, believe in mixing religion and party politics).  Ironically if the Student newspaper had not done that, I probably would have gone on to a full-time career in politics and not become a minister.  I dodged a bullet.  The Lord works in mysterious ways!

However even then there were hints that the elites were adopting a new philosophy and rewriting politics to ensure that they remained in control.  Left and right became meaningless.  Where being left wing once was about economic justice for the poor and the desire to create a fairer more equal society – within a couple of decades we moved to a situation where billionaires could call themselves socialists and working-class people who held to traditional values were described as fascists.  This is because of progressivem (although I dislike the term ‘progressive’ because in reality we are regressing to a Greco/Roman/Pagan world where the rich get richer and the poor poorer).  Everything became about sex and identity politics; and the new kid on the block, ‘saving the planet’ – which has become another way of penalising the poor and making the rich richer.  Owning land on which windmills could be built meant the rich got more government subsidies, paid for by the poor.   I don’t think my political position has changed much – but the society around me has changed enormously for the worst.

My nickname was ‘Red Robbo’, so it was a bit of a shock the first time I was called ‘Right Wing’ – it was when Gordon Wilson and I produced a paper on Same Sex Marriage asking the Scottish Government to give us a referendum on it.  All Hell broke loose – it may have been a co-incidence but a week later was when I ended up in hospital.

Since then, I have got used to be being called Right wing by some militant atheists and secularists and young people who have been indoctrinated in the new politics and struggle to think for themselves.   Apparently being opposed to SSM, thinking that the child in the womb has a right to live, and thinking that being a woman does have something to do with biology, makes you akin to Hitler!

The Church Follows the World

But what has depressed me more is how these terms have come into use in the church.  When a gay magazine ran a front-page article on the occasion of my becoming the Moderator of the Free Church it was amusing to see the headline; “Free Church takes lurch to Right with appointment of homophobic moderator!”   In Free Church terms I was probably on the loony Left!  (To be fair to the editor he allowed me the right of reply and the resultant article explaining the Biblical position became one of their most read ever – the Lord moves in mysterious ways!).

Sadly, far too many have bought into the language of the world when it comes to discussing these things – and the worlds politics have crept into the Church.  I was once told by an American pastor that I would be banned because people couldn’t work out if I was a socialist or a Satanist – and which one was worse!    But in other areas the term ‘right wing’ is now being used as an insult along the lines of ‘you must be a Trump supporting, far right etc).

I have been trying to work out why people are gossiping (and gossip is what it is  – it’s not something that is said to my face but rather behind my back) and using this term as an insult – in some instances even trying to get me ‘cancelled’.  (I find it a little comforting that occasionally I have been ‘cancelled’ for being both ‘too right wing’ and ‘too left wing!).   And the nearest I can get is that if you dare to challenge the progressive status quo – if you dare to challenge the current elitist zeitgeist – that makes you an uncomfortable person for those who are seeking to join and influence that zeitgeist.  They genuinely believe that standing up for biblical standards in today’s society makes you an extremist and right wing (although I am not convinced they can define the terms – they have just become shorthand for ‘I don’t agree with you and I don’t like you).  Of course, standing up for progressive causes is fine – that just shows that you are one of the good guys.

Words are Cheap and Have Consequences.

There is a warning here for us in the Church.  We should not adopt the language or standard or politics of the world.  We should not gossip.  We must learn to engage with a prophetic voice to a post-Christian society.

There is also a warning in terms of the consequences of our use of language. If you go round telling enough working-class people that they are Far Right because they have socially conservative views and want to keep their jobs in traditional industries and quite like the idea of travelling to go on holiday – then some may turn round and say ‘ok, fair enough…if that’s what it means to be right wing…then I am.’  Ironically the illiberal ‘progressive’ left are the primary recruiters for the Far Right (who in my view are almost as much a danger as the Far Left).   The ‘champagne socialists of Kensington’ or the ‘latte sipping left-wingers  of Newtown’ , or the wine drinking ‘progressive’ clergy are not the champions of the poor.  They are the virtue signallers par excellence.  They fiddle while Rome burns.

As for me I cannot buy into any of these labels.  My basic views about economics, society, morality etc have not changed all that much.  But I find that now I am more radical in terms of today’s society than I was in my communist leaning days.  (e.g., Humza Yousaf is about to make some of my views illegal – I’m thinking of claiming refugee status here in Australia!).

Where are the politicians who will dare to challenge the current view of the elites?  Now I don’t particularly care for any of the political parties (there is little significant practical or ideological difference between the main ones) so I would vote for any individual who shows the ability to think for themselves, and is prepared to stand up for families, freedom, faith and the poor.  Anyone?

Letter from Australia 82 – A Big Country and Spiritual Mourning