This weeks Christian Today column was inspired by a string of information I received from back home about what is happening in Scotland.  I wanted to call it The Night of the Long Sgian Dubhs or A Very Scottish Coup but I think the CT title sums it up well. It breaks my heart to see what is happening in my own country.

Why should anyone apart from Scots care about what is happening in Scotland’s governing party, the Scottish National Party (SNP? Others in the UK may be concerned about the potential breakup of the UK, but in a world of Covid, China, and climate change, this hardly appears to be a major issue for the population in general, or the Church in particular.

But bear with me and I will show you why what is going on in Scotland just now is a canary in the coal mine for the whole Western world. There is more than one way to have a coup. You can do it Burmese style with tanks on the street or you can do it ‘woke style’ using the institutions of democracy to circumvent democracy and ultimately destroy it. 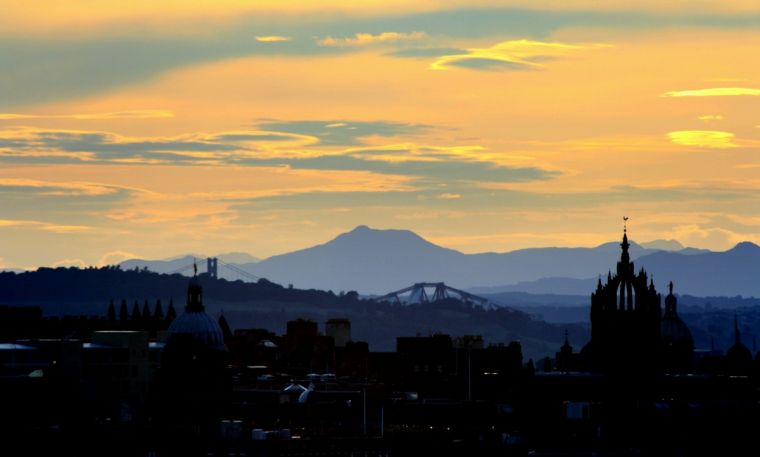 A lot happened for the SNP over the weekend. It’s Chief Executive Officer Peter Murrell refused to appear before a parliamentary committee to answer questions about whether he had perjured himself at a previous appearance. Mr Murrell is the First Minister’s husband.There is growing criticism over the relatively slow administration of the Covid vaccine in Scotland, compared with the rest of the UK.

And in the midst of all this Nicola Sturgeon issued an extraordinary video stating that she would deal with ‘transphobia’ in the party (after a number of younger members apparently left).

She declined to say what ‘transphobia’ is, leaving that to a future National Executive Committee (NEC) to determine. However, her comments were widely seen as a warning to feminist SNP politicians such as Joanna Cherry.

This ‘dog whistle’ was soon followed up by action. Joanna Cherry has now been sacked as shadow spokesperson on justice and home affairs by Ian Blackford, the SNP’s Westminster leader. Interestingly, he put out a press release naming four new members of his ‘shadow’ cabinet but neglecting to mention Cherry’s firing. It was left to Cherry herself to inform the world. She tweeted:

On January 31, the National Executive Committee of the SNP then passed an extraordinary motion for the Scottish elections this coming May. Members of the Scottish Parliament are elected through a combined constituency and list system. This means that each constituency has an MP, but the numbers are topped up to ensure equity in terms of the votes, through a regional list. There are eight such regions. The NEC voted that in four of these regions, the SNP person at the top of the list (and therefore likely to get elected) should be BAME, and in four they should be disabled. So far, so woke. But the story goes much deeper.

Firstly, the NEC were advised by a QC that this proposal would almost certainly be ruled illegal if challenged in court. Despite this they passed it by a casting vote of the chair. What is so disturbing about this proposal? There are two main reasons – firstly it is deeply discriminatory. In half of the regions, you are excluded unless you are BAME (even if you are disabled); in the other four you are excluded unless you are disabled (even if you are BAME). If you happen to be white and non-disabled, you are excluded from standing at all!

But it is the second reason that is so astonishing. The SNP – following the Woke guide to self-declaration – have declared that disabled status will be granted by ‘self-declaration’ (one wonders if this will also apply to BAME?). It will include conditions such as asthma and depression.

Three candidates (who were unlikely to have been elected under normal circumstances) have suddenly declared themselves to be ‘disabled’. Apparently as well as putting your pronouns on your Twitter profile, it’s now the done thing to add your disability. Tourette’s syndrome, borderline personality disorder, and diabetes have already been listed by candidates wanting to get special recognition.

But the plot thickens. There is a war going on within the SNP between what is known as its ‘woke wing’ and the more traditional members and feminists such as Joanna Cherry and Joan McAlpine – who are disparagingly referred to as TERFS (Trans-Exclusionary Reactionary Feminists). One of the seats that is being set aside for a disabled person is that of the feminist Joan McAlpine. The person standing for it and now pronouncing herself disabled because of diabetes is Emma Harper. The new rules mean that McAlpine will be ousted. No election. No votes. Just ousted because a woke faction has taken over a political party which has now moved in such an authoritarian direction that it is able to do this without impunity.

The whole farce resembles more a surreal Monty Python sketch than it does the reality of a mature and rational democracy. It would be funny if it were not so serious. It is by such nonsense that a country is destroyed. If the self-identification process continues on its current trajectory I could legally self-identify as a disabled, BAME woman in order to get a job or political position and there would be nothing that anyone could do!

But we are not finished yet. This is where the Church comes in. The man who sacked Joanna Cherry is Ian Blackford. He is not just the leader of the SNP in parliament, he is also a member of the Free Church and the vice chair of ‘Christians in Parliament’. He is an open supporter of trans rights in Scotland and was partly responsible for the imposition of abortion and same-sex marriage on Northern Ireland – where the SNP broke its long-standing policy of not voting on issues involving only other countries in the UK.

In what has been called ‘the night of the long sgian dubhs’ (a sgian dubh is the small knife kept in the sock of a kilt wearer!) – Blackford has got rid of one of the most effective and intelligent politicians within his shadow cabinet. That, combined with the takeover of the NEC, by the woke wing, and the continuing domination of Scottish politics by Nicola Sturgeon (who in effect has her own all-stations TV show every day), means that this is a very dangerous time for those who do not buy into the woke agenda – and especially those in the Church. There are several fine politicians within the SNP – some of whom are Christians. Some like pro-life MP Dr Lisa Cameron have already felt the effects of the witch-hunt against them.

The Non-Prophet Voice and The People’s Republic of Woke

In all of this, the main Churches within Scotland seem to be remarkably silent. It appears as though they are more than happy to repeat and support government policies on a wide variety of issues (from Brexit to Covid) but have lost their prophetic voice when it comes to challenging the imposition of unbiblical and anti-Christian policies upon the whole nation.

It is beyond sad that the nation which was once known as ‘the land of the people of the Book’ (because of their reverence for the Word of God), is rapidly becoming the People’s Republic of the Woke.

Pray for Reformation, renewal and revival in Scotland. It happened before, to the benefit of the rest of the world, and it can happen again. And pray for those Christians who Daniel-like, have to survive in Babylon.

PS.  I have been asked about my sources.  Some of them I cannot reveal but most of this information is already in the public domain.  In particular the Wings Over Scotland blog is a mine of information.

PPS. I may have this wrong but I have not seen this story widely covered in the Scottish or UK media.  Why?