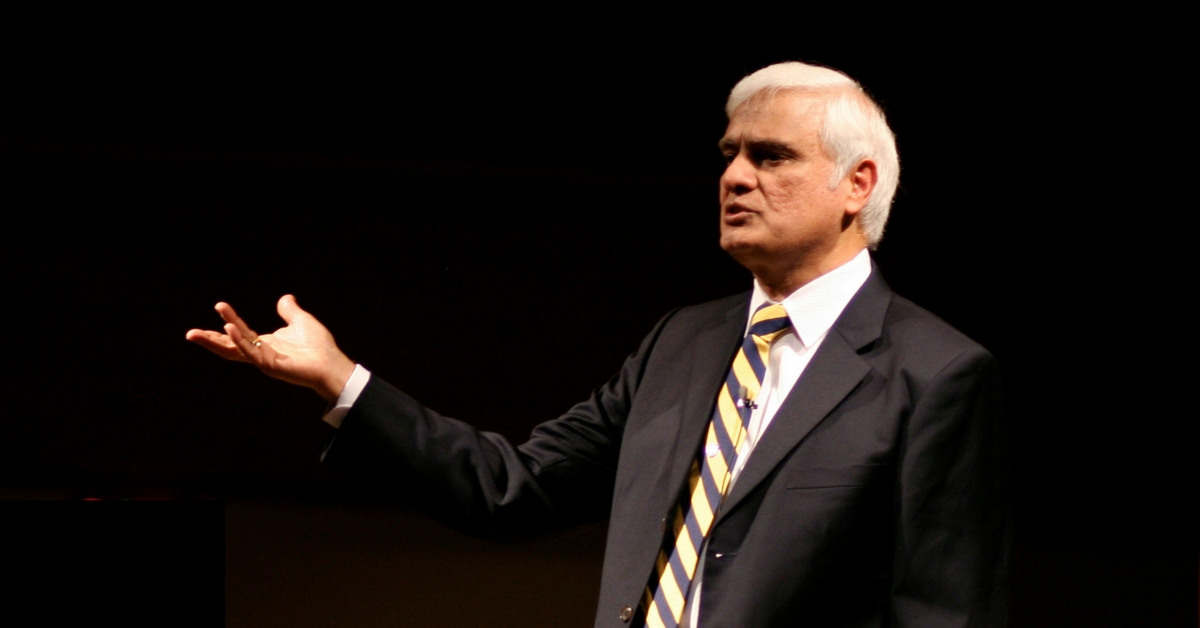 We expect, and can almost cope with the hostility of the world – but other than my own sin, I know of nothing more discouraging and defeating than the fall of Christian leaders who I admired and was taught by.

Three years ago I became aware of allegations against one of those teachers, Ravi Zacharias. Having experienced personally, and seen the effects of gossip and allegations against a Christian teacher, I decided I could not judge. In other words because I did not have enough information – and because I trusted the organisation around Ravi – and because I hate trial by social media – I left it with the Lord. I knew nothing that was not already in the public domain – and some of those more intimately involved with RZIM reassured me. I even wrote an article explaining why we should not judge and how we should treat such allegations.

Last year I was asked to write a similar article over allegations of Ravi owning a couple of massage parlours. I have no intention of going into the details here – but I could not write the article – firstly because I would have nothing to add to the original one and secondly because there were unanswered questions which caused considerable doubt. The allegations are now at three levels – firstly that he misrepresented his credentials, secondly the new massage parlour accusations and thirdly a ‘sexting’ scandal. RZIM have dealt with the first, have appointed an outside investigation into the second, and the third was subject to a non-disclosure agreement. It was that final one which made me realise that there was something far wrong. You do not pay $250,000 to someone who allegedly is seeking to sue or bribe you if you are the innocent party.

Now some of those involved with RZIM are speaking out. Max Baker-Hytch, a tutor with the RZIM Oxford Centre for Christian Apologetics, wrote a five-page letter – which was leaked – expressing his disquiet at the way the whole situation was being handled. Another RZIM worker – Carson Weitnauer wrote a tragic piece on his blog.

I’m afraid the pattern is being repeated far too often. If we are Bible-believing Christians we are aware that the Bible teaches even our greatest heroes have feet of clay. But we must not excuse particular sins by a general understanding that we are all sinners. There is more to this. My view is that these cases are becoming all the more prevalent and harmful because we have not followed Biblical methodologies and principles. We have developed a network system where Biblical church discipline is ignored (largely because the church is ignored), where big donors far too often call the shots, and where celebrity culture results in ‘untouchable’ Christian celebrities. The fall of a leader within the church is a desperately sad thing. Believe me, I have seen more than enough of that to last a lifetime – enough to know that there, but for the grace of God, go I. But the fall of a celebrity leader – whose ministry is his organisation, is even harder, because by the time it becomes public it is usually way too late for any damage to be undone – and indeed the damage is intensified.

Several years ago Ravi came to speak at the launch of Solas – an organisation we set up to help communicate the gospel – (now lead by Andy Bannister the former RZIM Canadian team leader). He was good – but it was that event which convinced me we should not go down the RZIM model. It is not helpful to have an organisation centred on and named after one individual. I found the celebrity aspect more than a little disturbing.

Whilst I greatly appreciate the work of the Oxford Centre and many of the people associated with that – Michael Ramsden, Amy Orr-Ewing, John Lennox, and others – I felt that we were called to reach a different group of people. To put it bluntly, RZIM worked on the trickle-down theory – you reach the people at the top (the 5%) and it will trickle down to the rest of society. But even though I disagreed with that, it was a difference of emphasis – not a moral or strictly theological difference.

I was also surprised that Ravi (and hence RZIM) tried to steer away from the more controversial societal issues. For example it was only when the Same Sex Marriage debate was over that Ravi got involved – more to reassure his supporters in the US, than to have any influence. But again that was an issue of tactics rather than core principle. Perhaps Ravi was much more gentle than this pugnacious Scot!

But it was the reaction to the Bishop Curry wedding sermon which troubled me most. Ravi thought it was excellent and added ‘the world heard the gospel that day. Thank you Bishop Curry’. There was almost nothing of the gospel in that sermon – so why praise it in such a way? I was out.

But none of that prepared me for what has now been revealed. We wait for the results of the inquiry into the massage parlours, but the rest of the evidence seems overwhelming. I feel heart sorry for the faithful workers and speakers in RZIM.

As Carson Weitnauer lamented about his former mentor: ‘The realisation that Ravi Zacharias was not the greatest apologist of his generation, but rather one of its greatest frauds – has felt like a catastrophic betrayal.’ The saddest thing is that it is not just a failure of a system, or a betrayal of an organisation, or even of family – but it is a betrayal of Christ. That does not negate the good work that Ravi did, nor invalidate the gospel he preached – but it does make it harder for those of us who preach that gospel. It is heartbreaking. I hope and pray that RZIM will survive, or that out of the ashes something new and even better will arise. Lord, have mercy!

Is Your Church Carrying Too Much Deadwood – EN