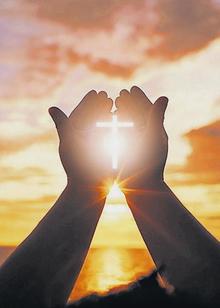 There is a fierce battle which will not be over until the final day. When Paul gathered the Ephesian elders in Miletus he reminded them how valuable the church is – it is the church of God which He bought with His own blood (Acts 20:28), but he also warned them that savage wolves would come amongst them and would not spare the flock. This was so important to Paul that he spent three years day and night warning them with tears. I suspect that today we would regard Paul as a bit odd; we would turn a deaf ear, tell him to lighten up and not to be so negative. We pay lip service to acknowledging sin, spiritual warfare and the dangers of apostasy.

The threat from within

The biggest threat to the church does not come from outwith the church – but from within. Paul warns the elders that even from their own number men would arise and distort the truth (Acts 20:30). As I read through Ephesians it struck me that our biggest problem is that we have forsaken our first love (Rev. 2:4). We have deeds, hard work, perseverance – but we have largely forgotten the one thing needful. My observation would be that we have much of self, strategies, study and stories in the church – but so little of Christ and of maturity in Him.

Christ or a course?

Is there any greater need than this for us? We want to tell people about Christ – but without a deeper heartfelt and lived experience of Christ, we will end up just offering them a course and not Christ. We are always to be ready to give an answer to everyone who asks us for the reason we have hope (1 Peter 3:15), but if we don’t set apart Christ as Lord in our hearts, we are wasting our breath. We end up telling of a memory, not a living Lord. We speak to the head, but we cannot bring Christ to the heart, because our own hearts are so shallow, empty and joyless.

Space permits me only to list some of the subjects Paul covers in Ephesians (can I suggest you sit down and prayerfully read through the whole letter at one go?).

Paul recognises that their greatest need is to know Christ and the love that passes knowledge (1:17-18; 3:14-21). It is only that which will fill us to the measure of all the fullness of God. Because we are not Christ-focussed we, practically speaking, forget that the church is His, not ours. The headship of Christ is a much-neglected doctrine.

Self absorbed and disunited

Although we teach grace – and often misteach it to justify our sin and lack of works – far too many of us think that our ministries are justified by the list of things that we do, the books that we publish and data that we can provide. Salvation by grace for works should be our constant refrain and meditation (2:1-10).

Lack of knowledge of Christ makes us self-absorbed and disunited (2:11-22 and 4:1-16). We focus on what we see and thus we struggle to believe and act upon the fact that we are engaged in a great spiritual warfare. Our lack of heart knowledge of Christ means that we lack depth – we are far too often infants, tossed back and forth by the waves. We need to become the mature body (4:1-16).

Return to our first love

Our lack of knowledge means it is difficult for us to follow Christ (4:17-6:9). We have forgotten the exhortation to no longer live as the Gentiles do, in the futility of their thinking. Instead we join in the madness of the crowds. We need to relearn mortification – the putting to death of sin – and renewal – the putting on of the new self, created to be like God in true righteousness and holiness.

Jesus tells the Ephesian church (and us) to consider how far we have fallen, to repent and return to our first love. A church which remembers its first love is indestructible. They who have ears, let them hear what the Spirit says to the churches. Amen Lord, let it be!