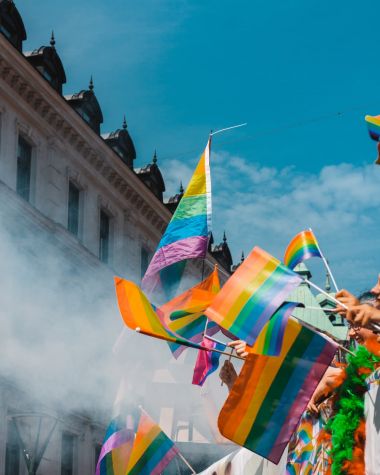 Cornwall Pride is cancelled. Wonderful news? Josh Williamson the Australian Baptist pastor in Newquay thought so. In fact, he tweeted those exact words on the Cornwall Live FB page. The resultant fuss, including threats of vandalism and deportation, has been covered elsewhere in Christian Today, but I want to ask what lessons we can learn from this fuss. So, I asked Josh to tell his side of the story.

What are his feelings about the police action? “Our complaints were basically dismissed, and I feel that we were not taken seriously. This I believe may be due to the fact that Devon and Cornwall Police are key sponsors of Cornwall Pride (which is based in Newquay), so I am concerned that there may have been a conflict of interest on behalf of local Police.”

The police sent three police officers round the Sunday morning to ensure their safety. Despite being shown the threats they determined that no crime had been committed.

“I asked him (a police officer) if saying ‘homosexuality is a sin’ would be a breaking of the law, he answered by saying that it may offend people, and that is where the law may be broken.

“I felt as if we were being ignored. Since Devon and Cornwall Police are key sponsors of Cornwall Pride, I can’t help but wonder if that influenced their reluctance to investigate threats from the LGBT community.”

Josh then goes on to say that they have been inundated with hundreds of e-mails of support from pastors, churches, and individuals – both Christian and non-Christian – and many people asking Gospel questions and engaging with the Gospel, including members of the LGBT community.

Surely this is the story of a faithful Gospel preacher being hounded by an ungodly society and discriminated against by an unjust, politically correct police force? Those Christians who do not speak out 100% in favour of Josh are either not so closet liberals, or just cowards who cave into the culture? As someone who has written about Pride parades in the past, I certainly have a great deal of sympathy with that approach and with Josh, and yet things are not quite as black and white as that.

Stephen McAlpine from Perth (Australia) has written this perceptive and balanced article about his fellow Aussie suggesting that we all need to learn lessons of wisdom in how we communicate the Gospel in a culture that is both hostile and open.

I share Steve’s perspective. I came across Josh in 2014 where in Perth (Scotland) he was arrested for breach of the peace. The headline was of a Christian preacher being arrested for proclaiming the Gospel. The whole story was somewhat different.

I would have hoped that Josh would have learned his lesson and become wiser in his proclamation of the Gospel. Yes, of course, Josh has been treated unfairly. The screenshotting of quotes that were not his, the social media threats, the call for businesses to ban the church and the refusal of the police to take seriously the threats are all unjust and wrong. But, sadly, that is the world many of us live in.

I have no doubt that if Josh had been making death threats against Cornwall Pride, he would have been arrested. The fact it didn’t happen the other way around only serves to illustrate the point that in the ‘equality and diversity’ identity parade, some are more equal than others. But the police did send people round to protect the church and Cornwall Pride did dissociate themselves from the threats and abuse.

In the midst of an increasingly hostile environment where we are sent out “as sheep amongst wolves”, we are to be “as wise as serpents and harmless as doves” (Matthew 10:16). That doesn’t mean we are to be cowards or withhold from proclaiming the law of God. It does mean that we are to adopt the methodology of the New Testament Church who had to live and proclaim the Gospel in a society that was far more hostile than ours. Paul, Peter and Mary did not stand in the public square proclaiming the sexual sins of the nation. They did not see their business as to judge those outside the church, but rather those within (1 Corinthians 5:12).

Our role is not to defend Christendom, or a Christian country, but to proclaim the Good News to a world that rejects Christian ethics and standards – and as a result is becoming increasingly confused and dysfunctional. We have the antidote; I’m not sure that shouting about the disease really helps. This is not to say that we should not engage in constructive cultural criticism, but gloating on a Facebook page about a Pride march being cancelled was not engagement. Our aim is to win people, not bin them!

Of course, it is easy to become a victim in such a joyless and perverse society as ours – and it plays well to our own constituency. But it doesn’t really help if much of that victimhood is as a result of our own unwise actions. And it certainly doesn’t help those who are genuinely threatened and are at risk of losing their jobs, just because they gently hold to Christian beliefs in the workplace.

McAlpine writes: “In other words we should not back Williamson unthinkingly, or buy into the victim culture, or even be astonished at how sin is being described as good, and how bondage is being presented as freedom. We are, after all, living in a missionary context, are we not?”

Six years ago, when Josh was first arrested in this country, I suggested that there were lessons to be learned. This latest incident shows that we still need to learn them.

Firstly, let’s not feed or exploit the fear and persecution complex that many Christians in this country have (take note Christian media and lobby groups). This is not persecution. Secondly, we need to fight the more important battles – the spiritual ones. Our weapons are the armour of the Spirit, not the weapons of this world. Thirdly we need to weep, pray and seek the Lord for the best possible ways that we can communicate the good news of Jesus in this day and age. And we must learn to believe the Bible.

Why should we be surprised when non-Christians act like non-Christians? If we are persecuted, let us both cry out ‘how long, O Lord, how long?’ and at the same time rejoice that we are counted worthy of suffering with Christ.

I was once asked to help a church in reaching out to their local community. The first thing they needed to do was change their notice board and name which included the words “Strict and Peculiar Baptist Church”!

Perhaps that is how we come across to people? We don’t need to change the Gospel, but we do need to change ourselves. We need to show that the Gospel is reasonable, beautiful and good, before we show it is true. Let’s make sure that in all our interactions done in the name of Christ, the story is about him, not us.

How should the Church React to Inverness and Stornoway Gay Pride marches?