This weeks article in Australian Presbyterian

My French hairdresser was quite adamant. She was so glad to have emigrated to Australia. Why? “because it’s a peaceful country and there is no violence”. I understood where she was coming from – violence had become a way of life in her Southern French city – although the weekly riots are hardly reported on in the Western media. Australia is a land of immigrants – many of us have come here because of the blessings that it offers.

When I am asked what I like about Australia, it’s not difficult to offer a long list which will include aspects like the natural beauty, stable government, peace, prosperity (Australia has the second highest median wealth per person in the world – second only to Switzerland), the many cultures, the food and the church. And of course, I must not forget the weather. This week I was on the phone to a fellow Presbyterian minister in Scotland – who is enjoying his summer holiday with a temperature of 18 degrees and two weeks of continual rain! He could only express envy at my description of a Sydney winter – crisp and chill in the morning and then 18-20 degrees sunshine the rest of the day. Winter in Sydney is almost perfect weather for me. 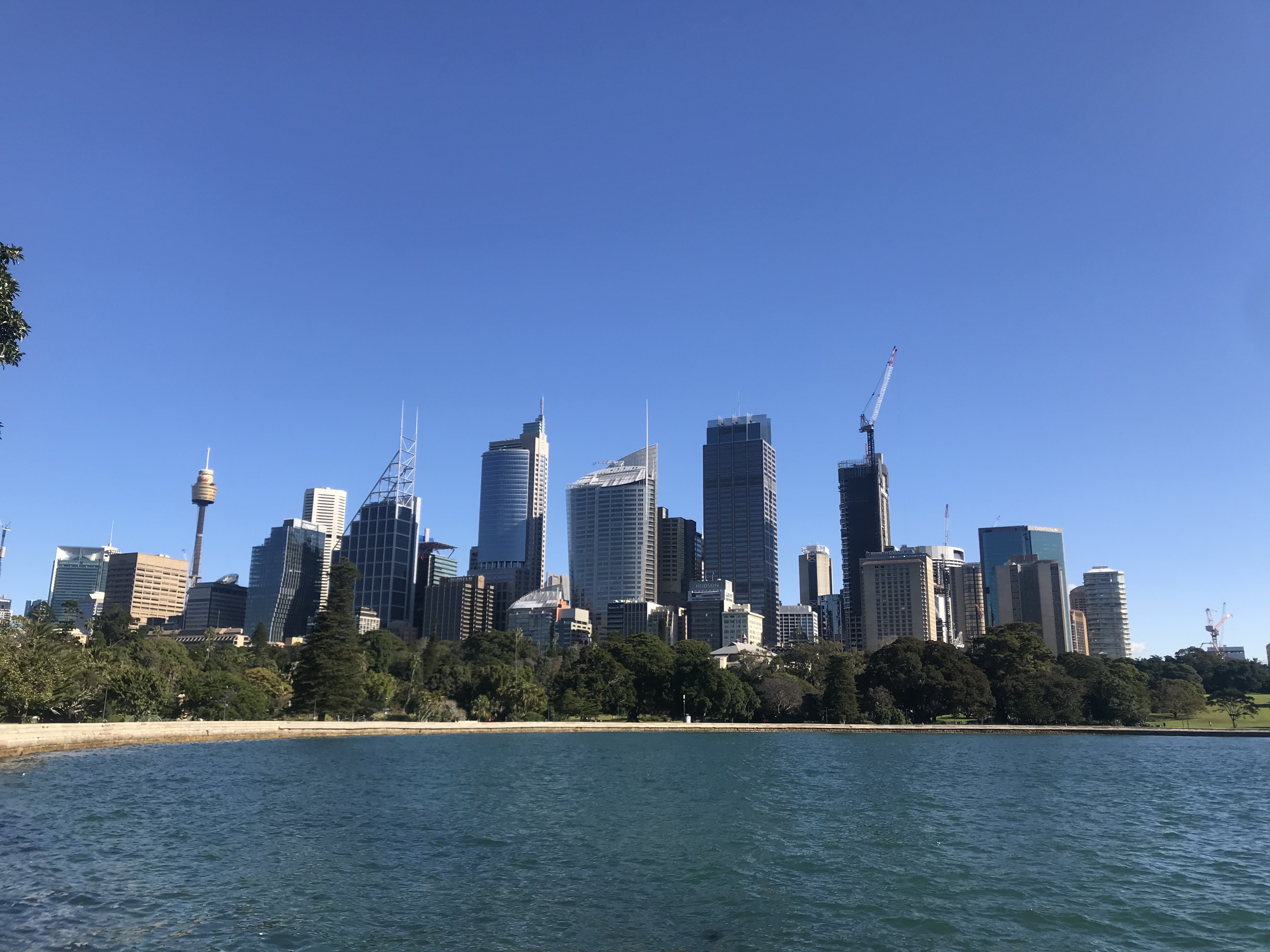 When I describe the Australian Prime Minister to my American and UK friends, they look on in envy. When I think of the state of the Church here in Sydney, compared with my own native land of Scotland, it seems like, and is, a different world. Australia is on the same trajectory as the UK – but we are not so far down the road and there is hope that we can yet repent and strengthen what remains and is about to die.

So, is this paradise? Not at all. Australia is part of a fallen world that is blighted by sin. The creation here groans as much as in any other part of the world. The 40 plus ‘smoke days’ in Sydney at the time of the bushfires were testimony to that. And Australians are as sinful as people in any other country – all I need to do is look at my newspaper and see that domestic violence, fraud, murder, greed, racism, sexual abuse, theft and blasphemy are as much part of the culture they are all over the planet.

But then along came Covid 19 – and apart from a few hiccups Australia seems to have handled it really well. In comparison with the rest of the world there were relatively few cases and deaths. Even the economic damage was less than the rest of the world. Everything seemed to be going well – until a couple of weeks ago, when the State with the strongest lockdown, ended up being the State with hundreds of infections per day. The hubris is being replaced with fear and anxiety.

One of the more endearing aspects of Aussie culture is the self-deprecation. Although there is a little of ‘Australians are great’ (usually from politicians), the more normal response is Australia is great because we are ‘lucky’. Living in a country with $178 billion dollars’ worth of mining is just ‘luck’, the winter sunshine is just ‘luck’, the relative protection from Covid is just ‘luck’. But the biblical perspective is more realistic, hopeful and healthy.

The boundary lines have fallen for me in pleasant places; surely, I have a delightful inheritance.Psalm 16:6

When people believe that their circumstances are good because of merit, then they get angry with others when things go wrong. When people think that it is ‘luck’ that has brought them good things, then when things go wrong, they despair. But the Christian attitude is, or should be, very different. Instead of hubris we should have humility . We cannot control the climate or Covid – which does not mean that we do nothing, but rather that what we do; we do in a spirit of repentance and hope – looking the God who is our help in ages past and is the hope for years to come. And instead of thanking our lucky stars we thank our Father in heaven.