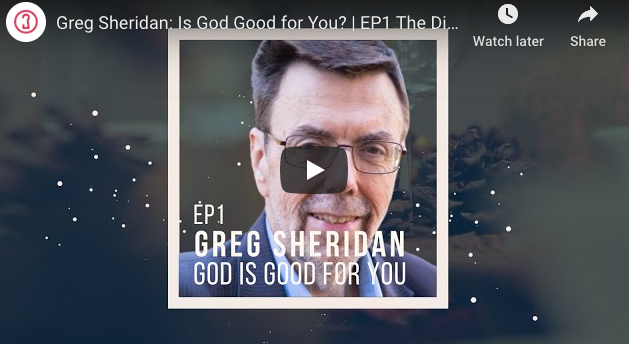 Greg Sheridan is a fascinating character – a senior journalist in Australia, he is the deputy eidtor of the best newspaper in the country The Australian.  Steve and I had this fascinating conversation with him….normally our Kitchen Table lasts about eight minutes – but this is a longer meal – so once a month we are recording The Dining Room – a 30 minute interview with a ‘person of note.  Greg is also the author of God is Good for you – a book I reviewed here. God is Good for You – A Defence of Christianity in Troubled Times – Greg Sheridan

Our discussion ranged over a variety of subjects but mainly centred on Christianity and politics.  His comments on free speech are fascinating….