This weeks kitchen table looks at a great book and old film….something which applies to our culture today…enjoy and pass on!

My favourite quote from the book:

Ralph wept for his end of innocence, the darkness of man’s heart, and the fall through the air of the true, wise friend called Piggy. 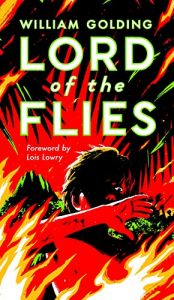 One thing we missed in the conversation is that Lord of the Flies is a literal translation of Beelzebub.