They say that when you are in a congregation as a minister you should not have friends within that congregation. They say that when you leave a congregation you should forget about it – or at least retain sweet memories (get rid of the bitter ones), but forget about the people you have left behind. They were wrong. Simon Manchester and I were talking about this the other day – both of us have served the one congregation for almost 30 years. It’s not just a job. It’s not just a calling. It’s a relationship. And if it has any meaning at all – that relationship cannot just be consigned to the dustbin of history. Yes – things fade. Yes – there will be new people who knew not Joseph who become part of the fellowship. Yes – you are no longer their pastor – but you still care for those you cared for.   I often pray especially for the children and for those who, in breaking that other rule of ‘they’, I would call friends – as well as the wider church.

So it was with a degree of sorrow and thankfulness that I recently heard of the death of three people who were part of St Peters.

Two of those who died were former Church of Scotland ministers (I had a congregation full of them!) and one who would not have been known to many either outwith or within the congregation – but in the Lord’s economy the weak and the lowly are often the most exalted! 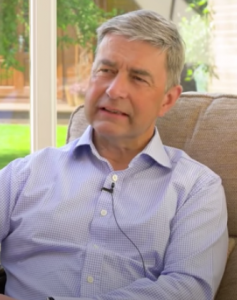 Dominic Smart was the minister in Logie and St John’s Church of Scotland when I came to Dundee. He transformed that congregation, ploughed his own furrow and had a deeply effective and profound ministry. He, like so many faithful men, left the denomination and for a while was minister of Gilcomston Church in Aberdeen, which had also left the C of S. Sadly things did not work out.  I will never forget his sermon on the day he resigned from that church.  It was probably the most emotional, hard hitting and realistic sermon on the state of the church that I have ever heard. For his faithful stand Dominic was brutally dealt with by the Church of Scotland  (even some of his fellow evangelicals – although many others offered support).  I suspect that the reason for the hard way he was treated was to ‘discourage the others’ from following a similar path.   He was the victim of gossip and many attacks. It was a deeply distressing and difficult time.

I asked him to come and help us in St Peters – and he did – preaching regularly for several months.   I found him to be kind, wise, honest, self-deprecating, humourous and a powerful teacher of the Word of God. He was comforting but not comfortable.   He also helped us out in setting up the new Free Church in Montrose.   In his later years he wanted to set up a consultation and training service for church leaders in Scotland – but Scotland is too small and the church sometimes too small-minded. There was no room or at least not enough desire for that.   I am so thankful for Dominic and his ministry – which will continue through his writings. Please remember Marjorie and the family in their pain, sorrow and joy.   If you haven’t seen it this video from CFP with Dominic is wonderful. 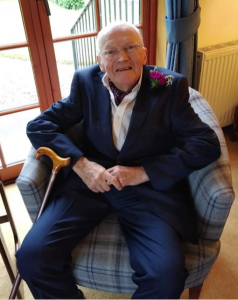 Brock White was a Church of Scotland minister in Kirkcaldy who after many long years of faithful service retired to Blairgowrie – where after attending the local Church of Scotland for some time, they decided they had had enough and came to worship with us in St Peters. Brock was not spectacular or showy but like Dominic I would say of him, these are they of whom the world is not worthy.   If I had to describe faithfulness in all its positive nature I would point to Brock and Dreena.   He above all was an example to me of how to serve the Lord with faithfulness, kindness and love. I appreciated not just his counsel but his enthusiasm. He once told me that his latter years in St Peters had been some of the best of his life as he had been fed the Word.   Their home was a model of Christian hospitality and service. I will never forget going out to lead a bible study discussion in a packed house of local parishioners. Give me half a dozen couples like Brock and Dreena in any church and the world would be turned upside down. Brock is a great example to me of how to finish well. I pray that I will be like him at the end. 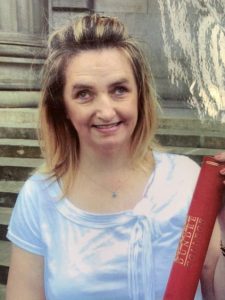 Finally Fiona Linton.   Fiona had a rare genetic disorder called mitochondrial disease which amongst other things meant she had muscle weakness, blindness and deafness. She came to church with her carers and was always early and sat at the very front. When she was there I made a point of going to speak to her and was always greeted with warmth and love. Our conversation (sometimes done through signing but often through shouting!) was invariably ended with Fiona shouting ‘Oh David!’. Maybe I shouldn’t have teased her so much but it was always a joy to share the Word of God with her and to point her to Christ who I believe she loved, and who I know loved her.

The Evening Telegraph carried a sad story about the family not being able to go to the funeral (with the Covid 19 limit). I find it depressing that we have to hit everything with such a blunt instrument. Surely it is not beyond the realm of possibility to have 20 people and safe social distancing at the crematorium? After all we can have 200 in the Supermarket – surely being able to say farewell to your loved ones is as important as being able to buy your can of beans? Anyway the family hope to have a proper memorial service when they are permitted. But they don’t have a lot of money so if you would like to help them even a little then just why not donate to this crowdfunder?

There is something bittersweet about a Christian’s death. It is bitter for those who are left and it is sweet for those who leave.   We mourn, but not as those with no hope. We know that precious in the sight of the Lord is the death of his faithful servants. It’s ironic isn’t it that a society which has largely rejected the Good News of Jesus as irrelevant, now has no answer to the fear of death.  But all the Lord’s people do.  We do not fear death because we know the One who has defeated it.  Blessed are the dead who die in the Lord, their deeds follow after them.

Your brother in Christ

Beside Still Waters – Letter from Australia 40