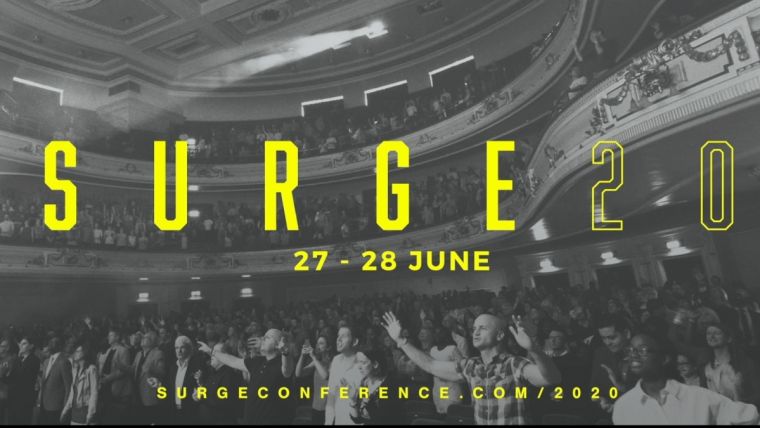 Life certainly throws up some curve balls! A few years ago I was being cited in secular media as someone who opposed the proposed visit of Creflo Dollar to Destiny Church.

I was and still am opposed to the prosperity Gospel put forward by Creflo Dollar, which I regard as antithetical to the Gospel of Jesus Christ. Myself and a colleague had a meeting with Andrew Owen, leader of Destiny Glasgow and Peter Anderson, leader of Destiny Edinburgh. The meeting was friendly enough, as befits Christian brothers, but we ended up agreeing to disagree. Wind forward four years and now I find myself supporting and donating to Destiny Church.  Why the change?

Destiny are again in the news for inviting a controversial American evangelist, Larry Stockstill, and a not so controversial UK Church leader, Gavin Calver. Apparently the objection to Mr Stocksill is that he called same-sex marriage ‘deeply grievous’ and abortion ‘demonic’. Mr Calver was worthy of being banned because he once refused to participate in a same-sex wedding. This was all tied in with Glasgow banning the Franklin Graham visit.

Destiny are now seeking to take legal action against Edinburgh City Council and need people in the wider church to support them.

So perhaps you might expect a certain degree of schadenfreude from yours truly. But not at all. I fully support Destiny and would encourage every Christian to do so. Why? Is this not a bit hypocritical and contradictory? Why support Destiny over Larry Stockstill but not Creflo Dollar?

This is where we need to think. I was not demanding that the law be used to ban Creflo Dollar. Destiny was free to invite him, just as I was free to ask them not to, and to warn Christians about his false teachings. But he still had the right to come.

Using the law to ban heresy has never gone well. The case with Larry Stocksill is very different. I don’t know the evangelist and, therefore, cannot comment on his theology or methodology (I always find it is better not to comment on issues or people you know nothing about!).  However, these are not the issues at stake here. Mr Stockstill is being banned for views that I and many other Christians would uphold. The Catholic Church, for example, regards abortion as evil and is opposed to same-sex marriage. Does Edinburgh City Council intend to ban them (and the Free Church, the Baptists and many others)? If not, then surely they are discriminating?

The council are in effect stating that unless you agree with their views on same-sex marriage, you cannot use council premises because your views are in their eyes ‘offensive and discriminatory’. But I regard the council’s views as ‘offensive and discriminatory’. So what should happen? The council are in effect saying that only their ideology should get protected status. They state that they will not allow their venues to be used by those who ‘discriminate against particular sections of society’ while at the very same time discriminating against a particular section of society – those of us who hold to the view of marriage which has been our country’s norm for the past 1,500 years!

When the council states that it wants diversity and equal rights for all, it is lying and should be sued for insulting people’s intelligence. By definition, if you exclude certain groups from proclaiming their views, you are not providing equal rights for all. Destiny is not being permitted the equal right to proclaim biblical Christianity.

Of course, in our dumbed down society where our rulers and lawyers seem to be in a competition to outdo each other in the race down the bottomless pit of illogicality and intolerance, it is possible that in the name of equality and diversity, some woke judges will go along with the mantra that some groups are more equal than others. But that should not stop us trying to bring back some sanity into our society, and preserve what remains of free speech, real tolerance and diversity.

In another providential twist, I noticed this tweet from Spencer Fildes, the former chair of the Scottish Secular Society.

I’m a free speech absolutist, though I may disagree with you, I absolutely support your right to express your beliefs. Other seculars, unfortunately, push the censorial agenda.

Now Spencer and I have had our disagreements in the past – sometimes resulting in quite vitriolic abuse from others in that particular organization. But over the years, we have become friends and he has changed his mind on a lot of things – much to the chagrin of his former militant secularist colleagues.

It is brave of him to post this – committing blasphemy against secularism leads to a kind of atheist dis-fellowshipping which makes some religious groups look positively benign. His warning about what follows if this is allowed to stand is correct – which, again, is why we must stand together against this illiberal intolerance.

The Calvinist, the Charismatic and the Secularist

It’s a strange world. Today I stand with a church with which I have had disagreements in the past and a secularist with whom I have had strong arguments. The Calvinist, the Charismatic and the Secularist standing together!

I pray for Destiny Church and I wish the Lord’s blessings on all their endeavours. But I know I need to do more than pray, so I have just donated a small sum on their GoFundMe fundraiser.  Why not do likewise, whatever your views (unless you support inequality, discrimination and intolerance?).

I hope and pray that not only will their legal case be successful – they are, after all, fighting on our behalf – but that their mission will know the prosperity and blessing of the Lord. He who is for us is greater than any who are against us.

The Drag Queen Bandwagon is Grooming and Sexualising our Children