Is Britain Reborn? – A Letter to Boris 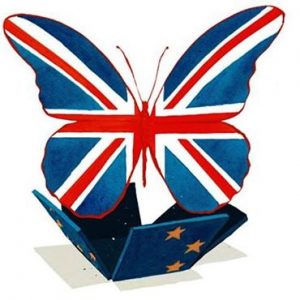 The Spectator’s cover is clever. Hopeful without being triumphalistic. Watching from afar it’s seems as though both triumphalism and tears of regret have been few. Brexit day has come and gone – without a great deal of fuss. Yes thousands gathered waving Union Jacks and others waved EU flags – especially in Scotland where the fetish with flags is deeper than almost anywhere else in the UK!   But there was not a great deal of emotion – other than a few drunken tears from those celebrating ‘Independence Day’ and the remorseful tears of MEP’s who are now losing their lucrative jobs and plush offices.

But what does this mean for the UK?   Has a new dawn broken? Is this a movement of national renewal and change?   Yesterday I received this e-mail from the Prime Minister. How nice that he knows my name and that we are apparently on first name term!  I mean he wrote to me personally!

Last night we left the European Union. But this morning is about something far bigger than a legal extrication.
This morning is the moment when a new dawn has broken and the curtain is going up on a new act in our great national drama. An astonishing moment of hope, that many thought would never come.
We can now say we have recaptured our sovereignty and can truly deliver the changes people voted for in December. We can control immigration, create free ports, liberate our fishing industry, strike free trade deals and simply make laws which benefit the people of this great country.
This morning is a moment of real national renewal and change.
So David, I am personally asking you, will you help our Party make this vision a reality?

So I thought I would write him one back!

How nice to hear from you! I hope that the next time you are over in Sydney you will pop in for a cuppa – or something a wee bit stronger.

First of all congratulations on fulfilling your manifesto pledge to take the UK out of the EU. I have to admit that I did raise a wee glass of Glenfiddich in celebration. I am sorry that the EU did not work out – what started off as a great enterprise has sadly degenerated into an undemocratic attempt to create Europe as a Superpower to rival the US and China.   We are better off out.

I hope what you have written is true. I know that we now have the ability to make our own laws – without them being subject to an unelected Commission – but my concern is how you will use them. For example you suggest that you will ‘liberate our fishing industry’. I hope that that is more than a slogan. Because I remember when another Tory Prime Minister, Edward Heath, bargained away our fishing (and lied about it) in order to get into the EU.   That precipitated the rise of the SNP – who were then fundamentally anti-EU (although in their rewriting of history they like to forget that!). 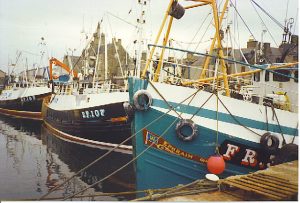 Today the SNP are prepared to bargain our own fishing industry away in order to get back into the EU. I know that the fishing industry is relatively small and insignificant compared with the London services industry – but if you are tempted to give into the EU – who will demand that their fishermen continue to be able to raid our shores – then consider that you will lose a lot more than the votes of a few fishing constituencies.   You will be in danger of breaking up the UK. Right now there is virtually zero chance of the SNP having an Indy Ref in the next five years, far less winning it – but the one thing that could change that is if you betray the Scottish fishing industry (as they intend to).   Why? Because in doing so you will destroy the one party that has any chance to take on the SNP in Scotland – the Scottish Tories.   The price of ‘no deal’ would be high (but temporary). The price of a deal which sacrifices the fishermen would be far higher – and permanent.

The Great Deception 9 – The Politicians Deceit and the Fishermen Betrayed

I could write a lot more about other issues – but your letter was so brief I feel I should avoid the temptation to write War and Peace!   We can discuss these things the next time I am in London – I always like to pop in and see my first name friends (I have so few!) or when you come to Sydney to see my other mate Sco-Mo (the Aussies seem to regard first names as too formal – nick names work better – but I just can’t bring myself to call you Bo-Jo!).

But there is one final point that I must make.   The magazine you used to edit, The Spectator, had a fine symbol on its cover this week. I think it is a symbol of the hope of renewal. You state, “This is a moment of real national renewal and change”. Can I suggest that this is a wee bit hubristic? Perhaps it could be more carefully worded by adding ‘could be’?

National Renewal Through the Conservative Party?

I have no desire to be rude – but national renewal and change will not come through you or your party – or any of the alternatives. Ultimately it is not political – important though politics are. National renewal is a spiritual matter. When the United Kingdom was formed – it was done so in the time of great national, political, social, economic and spiritual turmoil. Wars, famine, disease, natural disasters, political strife, moral confusion – sound familiar. The politicians of the day recognized that if there was to be a United Kingdom it needed to be founded upon just laws, free trade and Christianity. The latter was vital to them. And should be to you.  Without the vision and values of Christianity your vision of a national renewal will be little more than rearranging deckchairs on The Titanic.

The State as God

Sadly we have moved into a world where the political elites (and their cousins in media, economic and academic elites) think that they can replace God – that what they want should be law.   L’Etat – C’est moi’.  I hope that is not your attitude.   When the State goes down that route then the whole foundation upon which Western Liberal Democracies are based is undermined. This is already happening in the UK – where freedom of speech is being gradually restricted, the secular equivalent of the Test Acts are being reinstated, and freedom of worship is being eroded.   The State authorities are using ‘equalities’ law to create inequalities; they are using diversity to impose uniformity and tolerance to justify their intolerance. Those in power insist that their ‘values’ are the values of the country and the people – the only absolute ones. In so doing they relegate those of us who dare to question them as not being worthy of either participating in, or being heard by, contemporary society.

I know that in the past you have not been immune from the desire to virtue signal your compliance with the new Creed – (remember the banned London bus adverts?), but please resist that temptation now that you are the PM.  Sometimes going along with the New Morality can have unforeseen consequences – did you see that Nick Clegg has revealed that David Cameron thinks his actions on Same Sex Marriage is one of the major reasons that Brexit happened – because it split the Tory party and resulted in a referendum being granted to try and keep it together).

Anyway that’s now behind us..  Now I hope that in your Brave New Britain, you will avoid this Brave New World totalitarian philosophy, because it will inevitably lead to 1984!   That is a vision for the past, not for the future.  It’s time for you to get on the right side of history!

A Real Vision for Renewal

I am not asking for a theocracy – where the Church runs the State – but I am asking for a return to the Christian principles of tolerance, diversity, equality, and all being equal before the law. I hope that you will speak up for these – and do more than speak. Act – with the authority that God has given you as his servant. (As a literate and cultured man I am sure you are aware of what the Bible says about political leaders being servants of God – sent to do us good).

Anyway time to go….I leave you with a couple of biblical sayings about vision and national change. Hear the Word of the Lord! (I would suggest that a Proverb a day would really help you in your decision making!)

Where there is no vision, the people perish: but he that keepeth the law, happy is he.

but sin condemns any people.

So Boris, I am personally asking you, will you help your country make this a reality?

We continue to pray for you, and for all in authority, that we may live peaceable and Godly lives,

An Open Challenge to Nicola Sturgeon and the SNP Leadership