There are things on the Australia ‘bucket list’ that must be done; including the Sydney opera house, tasting Tasmanian whisky, the Barrier Reef and of course cricket. Last Friday I had the pleasure of going to the Sydney Cricket Ground for the first day of the New Year Test against New Zealand. I realize that for some the idea of spending a whole day watching men play such a ‘boring ‘ game as cricket sounds as appealing to you as going shopping for an afternoon does to me – but bear with me….there were many lessons to be learnt.

The first is – never buy tickets from Viagogo. It’s a scam website that manages to get away with it because they use a legal loophole to resell tickets at extortionate prices. Once bitten, twice shy. Lesson one – Never underestimate the power of human greed and always go back to the original source. 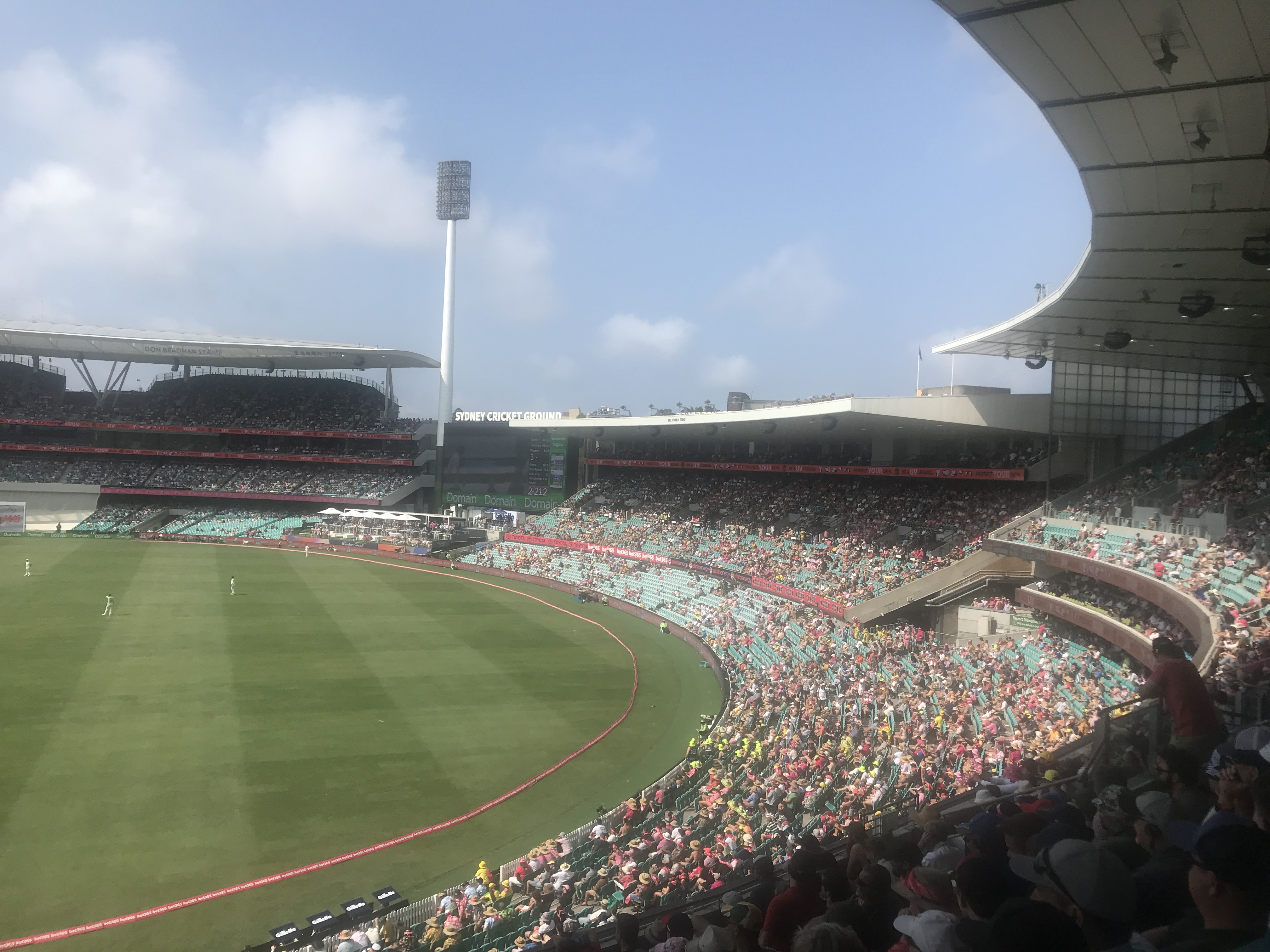 The experience of the SCG was itself incredible. There were 36,000 people in a beautiful stadium with great views and incredible facilities. Being able to buy a variety of food and drink (including beer – unlike in Scottish football grounds they actually expect Aussie fans to be grown up and civilized enough to be able to drink alcohol without rioting!). It was quite a contrast with Dens Park.   Not least with the prices that were very reasonable. When I think how much a pie and Bovril costs at Dens!  Mind you there were a couple of ‘well built’ ladies in front of me for whom I suspect cricket was not the healthiest sport – they were clearly bored and relieved their boredom by snacking on an endless variety of goodies! It was also interesting to see that even Aussie cricket has gone halal! 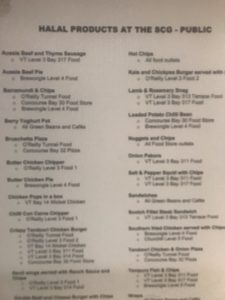 I also loved the fact that cricket in Australia has a much more sensible pricing policy than football in the UK.   I was able to watch a Test match with some of the best players in the world, for less than it would cost me to watch Dundee play Arbroath! 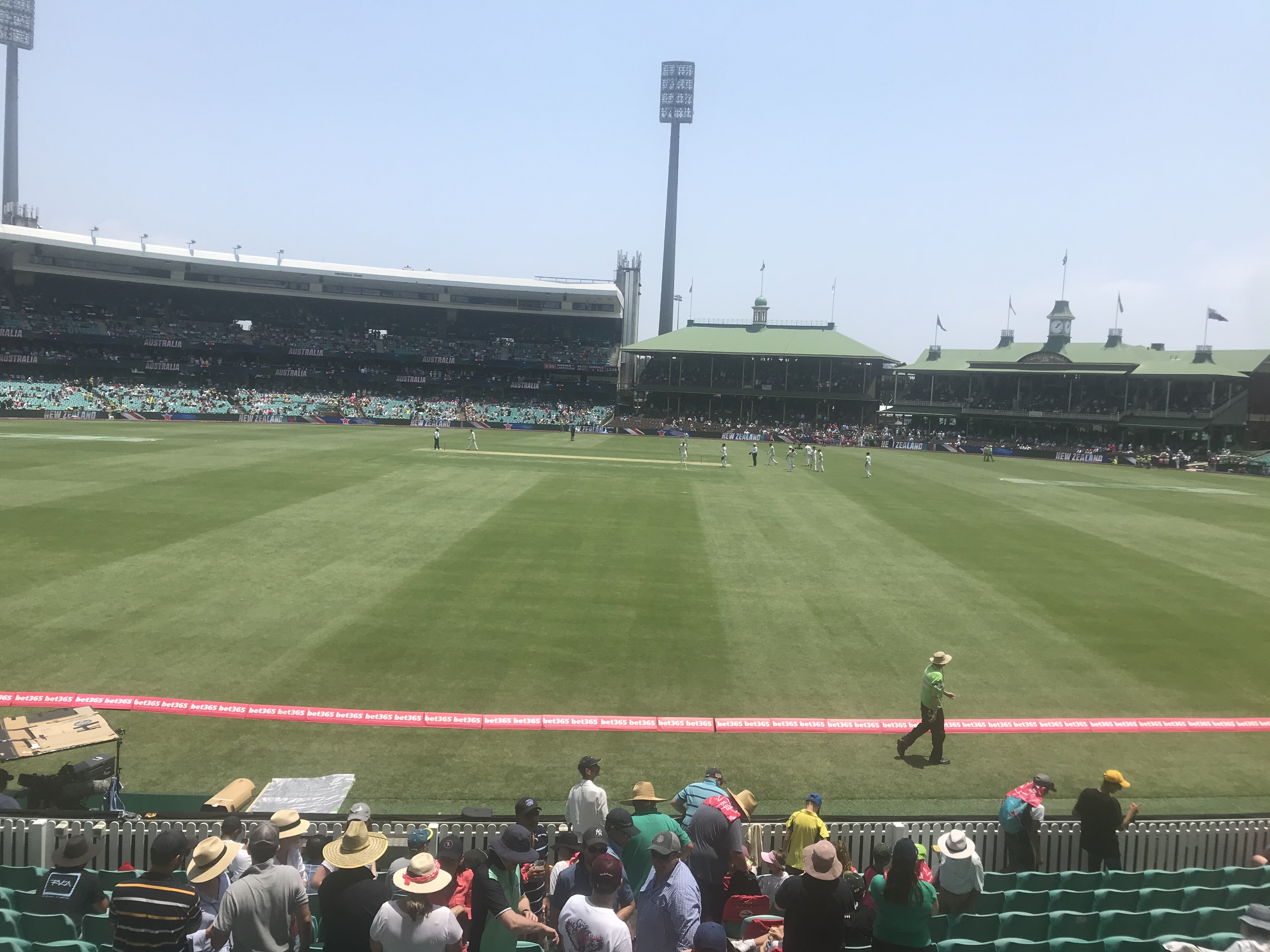 As for the game – it was a joy. Cricket is like sporting chess. It is a thinking man (or woman’s) sport. I loved the mind games that were played….none more so than in an engrossing 45 minutes in which Steve Smith took 31 balls before he scored one run. His battle with the brilliant New Zealand bowler, Neil Wagner was epic. The cheer when he finally scored was extraordinary (he went on to make 63).   It was the patience and discipline that really impressed me.  Likewise with Marnus Labuschagne – who scored a century (and went on to make it a double the next day).  I love the fact that this Reformed Christian has a verse from Isaiah engraved on his bat!

Other things that impressed me? The raucous but good natured Aussie crowd; the patience of the Kiwi player Raval in signing endless autographs for the many children who asked him; and the fact that this was the Pink Test – an annual occasion set up by Glen McGrath to honour his wife Jane and which provides millions to help those with breast cancer. 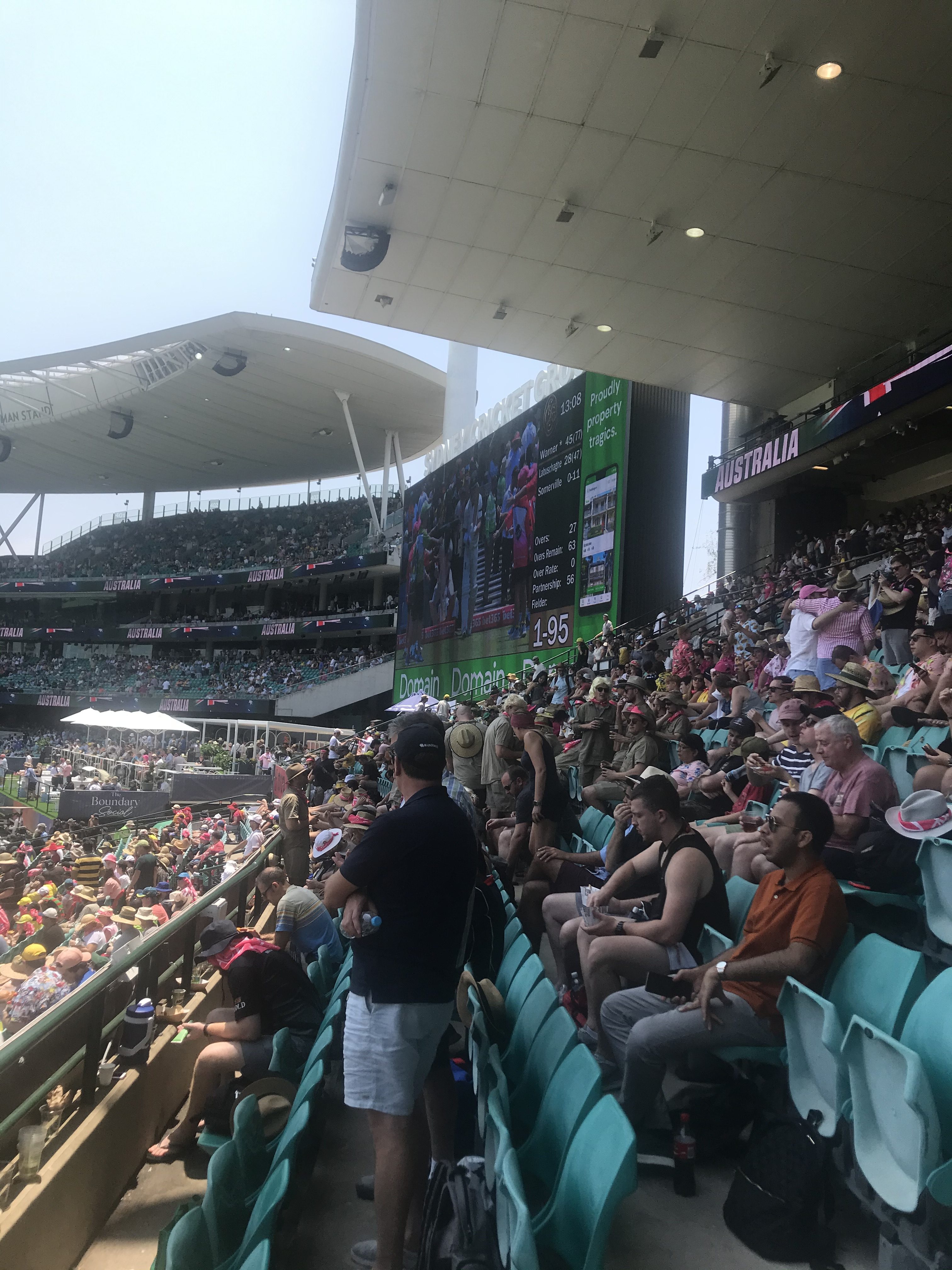 Which brings me on to the negative.   There were those who complained loudly about the match going ahead at all. How can you play/watch cricket at a time like this? The ‘this’ of course referring to the ongoing bushfire crisis. Prime Minister Scott Morrison was even attacked for having the players pay a visit to his official residence. Why are you not out fighting the fires said the same commentators who attacked Tony Abbott when he was out literally fighting the fires?     What a joyless bunch! It seems as though the new Climate Change cult is creating a new kind of secular Puritan. Unlike the real Puritans (who were ecstatically joyful in comparison) these sober minded catastrophists would have us all wearing sackcloth and paying endless homage to Gaia, before we were ever allowed to crack a smile or actually enjoy something as diverting as cricket.

Yes – the cricket was a diversion. Thank God for such diversions. He gives us all things richly to enjoy.   I think it is good for people to relax and enjoy themselves. As long as ‘diversion’ does not replace the reality of life, it is harmless and indeed beneficial. For me it was great to sit for a few hours and not think about the bushfires, the end of the world, work, sickness, church and other more serious matters. What should our new ‘Progressive Puritans’ deprive ordinary people of that pleasure? There were the same people who moaned about Sydney’s New Year fireworks (but who will doubtless endorse the millions spent on this years Mardi Gras – some things are too sacred to touch!).

Of course the trouble in much of today’s world is that ‘diversion’ becomes life and real life becomes a diversion from the trivia that we obsess over. When sport becomes religion then it ceases to be sport and often ceases to be enjoyable. There is a balance.

Rather than the narrow joyless misery of the Progressives I prefer the Biblical puritanism….which knows how to take life seriously and how to enjoy it. Man’s chief end is to glorify God and enjoy him forever. I delight in the fact that whether it is watching cricket on Friday, or leading prayers on Sunday – all can be done to the glory of God. Rejoice in the Lord always….and again I say rejoice.