I thought I would have a wee look at some Christmas messages from political leaders and then decided to rank them in order of merit…I’m sure there were better and worse – but here is my list!  Note – these are not listed in order of political persuasion or personal character.  I am trying just to comment on the actual messages.

This one is no surprise.   Sturgeon knows nothing about Christianity and studiously  avoids any mention of Christ.  Not one word.  Nor does she mention Christians or Christianity – instead coming out with the usual platitudes about thanking the NHS, those in public service etc (you can take it as a given that every politician does this).   In this ‘festive period’ we are all to be nice to one another.  Sturgeon’s words are always carefully scripted – whether deliberate or not I think the fact that she mentioned Muslims at Ed and Jews at Channukah, but not Christians at Christmas, speaks volumes.

This one was a real surprise.  The Prime Minster of Australia is an evangelical Christian but managed to deliver a whole Christmas message without once mentioning Christ. He mentioned floods, fires and drought.  It was good he mentioned personally the families of the firefighters who have died.  But the ‘lets be thankful for Australia being the best country in the world, made great by Australians’ was a little too triumphaistic and Trumpesque for my liking.  This was a missed opportunity.   At Christmas we need to look beyond ourselves and our nation.   Christmas is not about how great we are.  As any Christian should know.

At least the Canadian Premier managed to mention Christ.  Although when he speaks of the ‘message of Christ’ it is clear that he has no idea what that message is.  It’s a whole lot more than ‘let’s help one another’.   But at least Truedeau wasn’t blacked up for this one!

For me – although I think he would have been a dreadful Prime Minister – Jezza comes across well.  He’s like the kindly grandfather sitting at the Christmas tree.  Again he mentions Jesus and his message of love, hope and peace  And again I am left wondering what that actually means other than a collection of cliched truisms?  Who after all is going to be against love, hope and peace?  The question is how do they come?  And what do they have to do with the rest of Jesus’s message – about hypocrisy, hell and heaven?  The need for the cross?  The impossibility of human beings to save themselves?  We are told that ‘communities come from solidarity and the generosity that comes from that’.  How has that worked out in history?  Community ultimately comes from Christ.   Corbyn could not resist using Christmas and Christ for his own political ends ‘for the many, not the few’.   The irony is how unradical that is.  Christ came for all – not just ‘the many’ nor just ‘the few’ – but for all.

This was President Trump on good form – I love it when he addresses the nation with his immigrant wife!  He sounded wooden but that was because he was carefully sticking to his prepared script.  His speechwriters know their market – so they provided the appropriate buzz words for the American audience.   It’s a ‘sacred time of year’…’peace among nations’ and ‘joy to the world’.  ‘our Lord and Saviour Jesus Christ’.  I pray that the ‘our’ will one day be for real. 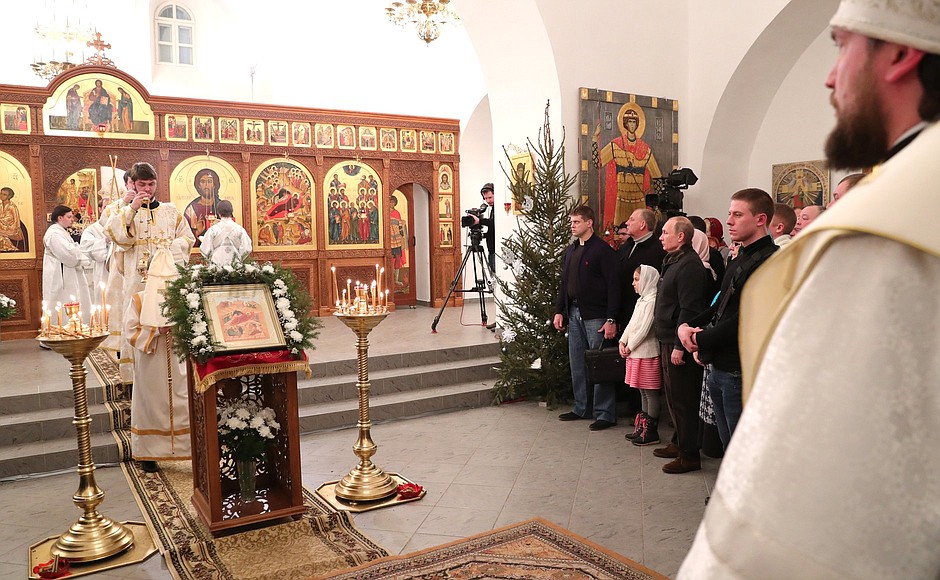 This was a fascinating one.  Putin recognised the role of the Orthodox church and its importance in Russian society.  But he too had little to say about Christ.  Maybe he should read some Tolstoy?!

This one was also a surprise.    The Prime Minister of Malaysia, together with other politicians not only mentioned Christmas, but quoted the Bible and argued for Muslims to live in harmony with Christians.  It will be good when there is complete freedom of religion (including freedom to change religion) within Malaysia – but I found these messages encouraging for our Christian brothers and sisters in Malaysia.

This one was a surprise to me as well.  If I was a betting man I would have expected this to be the no.1.  The question usually has an excellent Christmas message which does focus on Christ.  But this year was disappointing. Although I did enjoy the historical reminisces.

I suspect her scriptwriters were busy playing PC bingo.  Neil Armstrong walking on the moon was  ‘a small step for mankind and indeed womankind’.  There was a wee nod to the teenagers of Extinction Rebellion.  But it was her summary of the message of Jesus which was the most disappointing.

“But in time, through his teaching and by his example, Jesus Christ would show the world how small steps taken in faith and in hope can overcome long-held differences and deep-seated divisions to bring harmony and understanding.”

This is moralistic therapeutic Deism at its most banal.  Christ’s birth was not one small step for mankind/womankind/humankind – it was a giant leap.  The incarnation is God coming to earth – not just the birth of someone who would show us how to be nice and give us a message telling us to be nice!  It is the birth of the one born to die – for us.

It was moving to hear the Queen speak of both her great grandmother (Queen Victoria) and her great grandchildren.   It reminded me of the continuity that she has brought to the nation for decades.  But when she goes – as she soon will- I dread to think what will happen when The Family take over!

This was a pleasant surprise to me.  Warm, well presented and recognises both the reason for the season and the importance of remembering those Christians who are persecuted for their faith. Like all UK politicians, he remembered (as he should) those who are working in the NHS over Christmas.  Given that this included my daughter working on Christmas day as a nurse in London – I agreed!    But it was the lack of politics, the recognition of Christ and Christians (without him pretending to be one) which struck a cord with me. 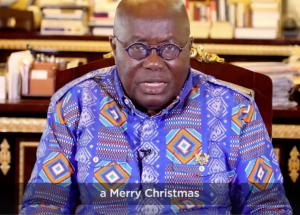 Apart from being a wee bit too long I loved this.  President Addo of Ghana began with Christ and cited the prophecy of Isaiah before going on to reflect on the blessings God has given his country (not Ghana is great because of Ghanaians)  I loved the fact that he talked about ‘the modest successes’ of our country before going on to speak about some of the corruption and problems they are trying to deal with.  I once received a letter from the Ghanian ambassador thanking me for standing up for the previous President when he was treated appallingly by some in the Scottish parliament.  He told me that they were seeking to build a country based upon the Word of God.  That is evident.

It’s a mixed bag of political messages.  But all the politicians need to move beyond the cliche and the political soundbite and come to recognise the King of kings.  In the old words of the 1650 version of Psalm 72.

“His name forever shall endure,

Men shall be blessed in him,

And blessed all nations shall him call”

Christmas – Where is Jesus?