A week is a long time in politics…

Labour –  After a good start Labour has had a bad week.   Roger Godsiff, MP in Birmingham since 1992, has been deselected because of his support of parents opposed to LGBT indoctrination.   He accused Labour of being run by a militant LGBT network. 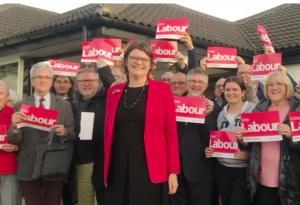 Meanwhile another candidate, Sally Gimson, was also deselected over unspecified charges.  With the resignation of Tom Watson it appears as though the Far Left Momentum takeover of Labour is succeeding.  Iain Austin, former Labour Government Minister, in an extraordinary intervention, urges people to vote Tory – to save the country.  And Dianne Abbott lied on Facebook about this. And another Labour candidate got caught out in an embarrassing interview.  In this era of instant news and social media these kind of gaffes can be costly…

And as if it wasn’t bad enough Labour today had to put up with Hilary Clinton endorsing them and blaming the Russians for Brexit – as well as her own defeat!

Anna Soubry – Who was also caught lying on camera…Why do they do this?

The Lib Dems –  Who, despite an electoral pact with the Greens and the Welsh (but not Scottish) Nationalists, are slipping in the opinion polls – and despite Jo Swinson’s claims she is a realistic candidate for Prime Minister, it is clear that they have virtually no chance.  he more that realisation sinks in, the less chance they have.

The Brexit Party – Although some may regard their withdrawing of  317 candidates in Tory seats as heroic – they have slumped in the polls and there is unhappiness within the ranks.  Expect resignations to follow.

Iain Blackford – who in this interview with Nick Robinson, was unable to answer the most basic of questions.

It’s Been a Good Week For….

The Tories – After a shaky start they have recovered strongly in the second week – and they have the bonus of the Brexit party in effect stating that the Tories can deliver Brexit – and that they will not stand against sitting Tory MPs. They are also betweenn 10-14% ahead of Labour in the polls.

The SNP –  Who are again doing well in the opinion polls although they are beginning to get nervous about the Tories – especially since in the most marginal seats the Brexit party will not now be standing. 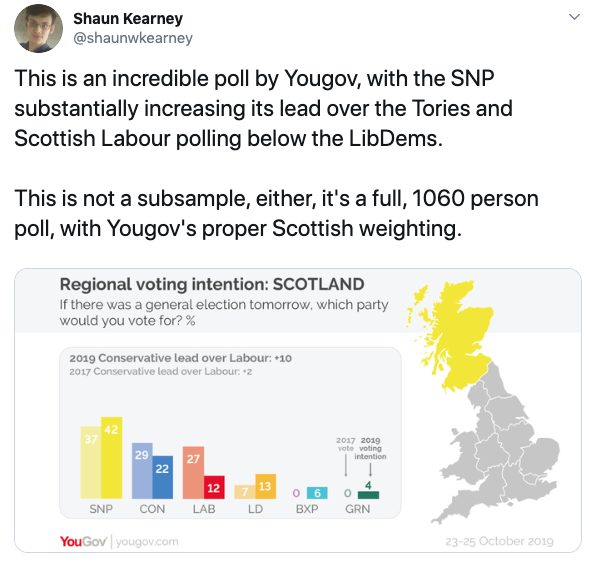 From a personal perspective, I am still no nearer in deciding who I will vote for.  A process of elimination has got rid of two of the parties in my constituency….Only three to go!

From a Christian perspective, it seems to me that most if not all of the parties have adopted a selection policy which automatically excludes anyone standing as a candidate who openly holds to some Christian values.  The most ridiculous I have come across is the transgender woman who applied to join the Lib Dems but was refused on the grounds that she did not state it was possible for someone to change sex.  Apparently this did not accord with ‘Liberal values’!

I leave you with this excellent article from Baptist minister Phil Jump – 9 Questions to ask yourself before the general election.