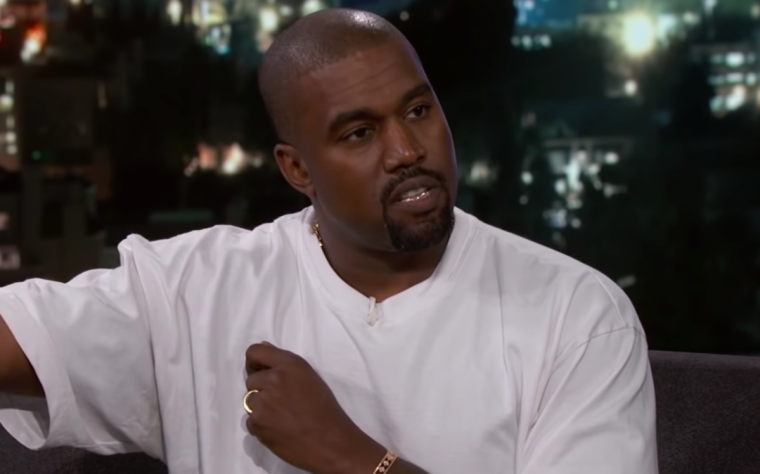 Every Christian and their dog apparently has an opinion about Kanye West, and it’s been a bit depressing and somewhat amusing to see some of the discussion. For those who have landed from a holiday on Mars, Kanye West is a controversial rapper whose latest album is entitled Jesus is King, and who has made a very public profession of faith in Christ.

I think my favourite negative comment was the fundamentalist pastor attacking Reformed (Calvinist) Baptists who welcomed Kanye as “Lordship salvation, heresy preaching, drunken tattoo, ESVfests” and who announced he was preaching a whole sermon against Kanye – thus bringing a whole new meaning to the idea of ‘preaching the Good News’!

On the other hand I heard someone who welcomed the rap star’s conversion with the lament that he had done so little for Jesus compared with Kanye. The temptation to judge, either to pronounce this new Christian as fake on the one hand, or as the great Black Hope of the Church on the other, is one that is apparently hard to resist.

But we don’t need to buy into either the cynical or the celebrity culture. We need a more Christian perspective, and dare I say it, in response to the fundamentalist pastor quoted above, a Calvinist approach really helps!

What do I mean by that? We acknowledge that God is sovereign and that means that no one is saved without his initiative, but also that no one is beyond redemption. The Lord doesn’t save who we determine, he saves who he determines. He takes the lowly, the weak, and often the unusual. His ways are not our ways. Which is why I have no difficulty in believing that God has worked through his Spirit in Kanye’s heart.

But we also recognize that sin is powerful and that new converts need to be encouraged, discipled and protected. They don’t lead churches. We also know that all human beings are weak and fallible – and so we don’t place our trust in politicians, celebrities or church leaders. In other words like the angels in heaven we rejoice over one sinner who repents, but unlike the angels in heaven we don’t know whose are the Lord’s; he does.

I have a suspicion that the Kanye story will be a wild ride….and I’m loving it already. Here are just a couple of snippets from the recent interviews and the album.

“I’m not a theologian, I’m a recent convert.”

“My only mission and calling is to spread the gospel.”

“Closed on Sunday, you my Chick-fil-A
You’re my number one, with the lemonade
Raise our sons, train them in the faith
Through temptations, make sure they’re wide awake
Follow Jesus, listen and obey
No more livin’ for the culture, we nobody’s slave“

I bow down to the King upon the throne

My life is His, I’m no longer my own

I watched the whole of his Sunday service – the preacher was good, the music outstanding. But the most encouraging thing I have seen is his recent ‘Airpool’ with James Corden.

It shows a joy that is infectious.

Gerard Baker writes in The Times that Kanye the Christian is the only true rebel and perhaps this is true! It certainly is rebellious to proclaim Christ in a post-Christian culture.

Meanwhile I am reminded of another songwriter, King David, who wrote about the attitude of the Lord to those who laugh at and mock him.

Why do the nations conspire

and the peoples plot in vain?

The kings of the earth rise up

and the rulers band together

against the LORD and against his anointed, saying,

“Let us break their chains

and throw off their shackles.”

The One enthroned in heaven laughs;

the Lord scoffs at them.

Last week, #JesusisKing was trending on Twitter – and Times Square was projecting ‘Jesus is King’ on the surrounding buildings. The One enthroned in heaven laughs!

What Chick-Fil-A reveals about British intolerance and irrationality