Last night at a packed prayer meeting in St Thomas’s we had a specific time of praying for rain – especially for the areas in New South Wales and Queensland which are most affected by drought.   Of course the secularists and anti-theists laugh.  Whats next – a rain dance?!  To them praying to a God who they think does not exist is a self-evident nonsense.  Which is why when the Prime Minister, Scott Morrison, prayed for rain at the Hillsong Conference, the mockers had a field day.  They allow their ideology to trump their rationality – and to some extent, their compassion.

For the Christian it is different.   We believe that ultimately all things are controlled by God  He uses the laws of nature he has created. Even though we live in a broken and fallen world, he is able to intervene.  That is why we pray.  Not because God is like some kind of slot machine where we put our prayers in and automatically out comes the thing we want – but rather because he is our Father in Heaven, and we come to him with our requests.  Sometimes there is ‘miraculous’ (ie. outwith the normal means) intervention, but by definition that is rare – in reality he uses normal means.   The Scripture is full of prayers for those facing extreme weather conditions – especially drought.

1Kings 8:35    “When the heavens are shut up and there is no rain because your people have sinned against you, and when they pray toward this place and give praise to your name and turn from their sin because you have afflicted them, 36 then hear from heaven and forgive the sin of your servants, your people Israel. Teach them the right way to live, and send rain on the land you gave your people for an inheritance.

Isaiah 30:23    He will also send you rain for the seed you sow in the ground, and the food that comes from the land will be rich and plentiful.c In that day your cattle will graze in broad meadows.

Acts 14:17 Yet he has not left himself without testimony: He has shown kindness by giving you rain from heaven and crops in their seasons; he provides you with plenty of food and fills your hearts with joy.”

” As the rain and the snow come down from heaven, and do not return to it without watering the earth and making it bud and flourish, so that it yields seed for the sower and bread for the eater, 11 so is my word that goes out from my mouth: It will not return to me empty, but will accomplish what I desire and achieve the purpose for which I sent it.“

We pray because our God is a gracious, loving and listening God.  He is Good.  We also pray because we know that the prayer of a righteous person is powerful and effective”

James 5:17    Elijah was a human being, even as we are.He prayed earnestly that it would not rain, and it did not rain on the land for three and a half years. 18 Again he prayed, and the heavens gave rain, and the earth produced its crops.”

I regularly pray for the Spirit to be poured out through the word – but more and more I see is as essential to pray about other things – including the drought.  There is no real difference or contradiction in praying for both.    So last night we prayed.

And this morning I got up and read this:

Most widespread rainfall for six months on the way

“A slow moving upper level trough will deliver the most widespread rain event across the east coast in six months over the next week according to weather watchers.

Weatherzone meteorologist Brett Dutschke said if the rain played out as predicted it was likely to bring the biggest general falls since the end of March.

“In terms of final rainfall tallies it is too early to call exactly but we are expecting it will be a widespread rain, the front is moving through very slowly and allowing moisture laden air from the Pacific Ocean to the east to feed into it so there should be falls over a large portion of the east coast.”

At present the news is especially good for those in drought-ravaged western Queensland and NSW.” 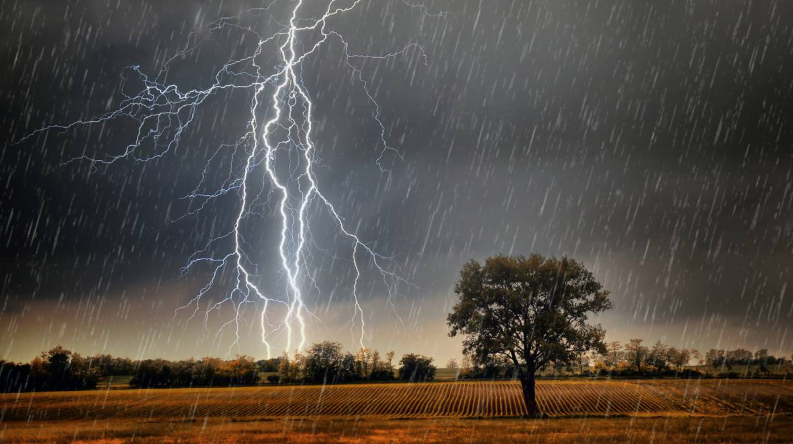 We continue to pray!

Ps.  Prayer does not mean inaction.  We pray and keep our powder dry!  Yesterday I was walking through the CBD in Sydney and noticed that there was a display about a drought-proof garden…It is a great idea to have gardens which suit the climate, conserve water and yet are still beautiful.  As I stood and looked a young man came up behind me and asked if I was interested in a drought-proof garden.  It was my son-in-law Pete!  A Christian who prays for rain and works for Sydney water.  That’s how Christians work..!