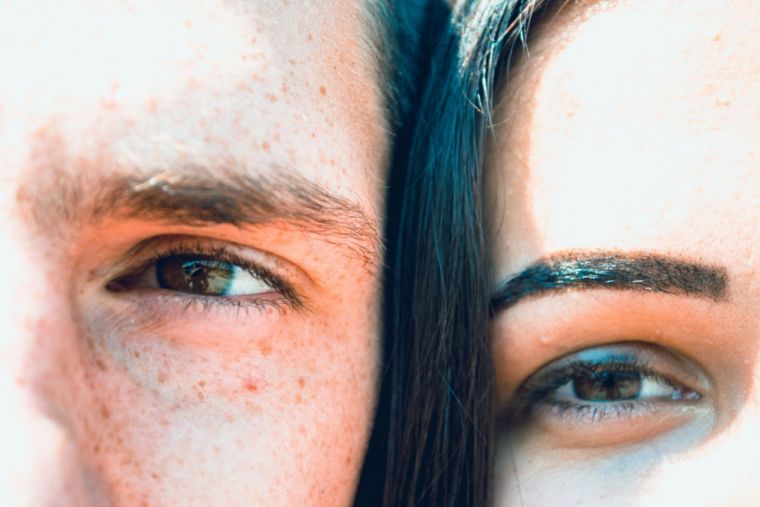 Many moons ago when I first became an editor of a Christian magazine, The Record, I received a letter accusing my wife of being a ‘knee jerk feminist’. It was an accusation she willingly admitted she was guilty of. Me too.

The idea that men and women are equal, though different, is a key part of Christianity. There are aspects of some parts of the feminist movement which I don’t agree with, but the basic principle of fundamental equality is not in dispute. However, the great danger to the feminist movement is not coming from some Handmaid’s Tale, right wing misogynist movement, but from a different direction altogether.

As a result of the current fad for Queer Theory (which asserts that there is no link between biology and gender), I find myself increasingly allying with feminists in seeking to protect women’s rights, in sports, health and justice.

Gender Stereotypes are Back

No, this is not out of some 1950s traditionalist, uber right-wing, Christian fundamentalist manual for relationships. This is bang up to date. This wonderful advice comes from The British Association for Counselling and Psychotherapy.  published last year and reported on in the UK media.

Mind you, these feminine characteristics do not necessarily apply if you are from up north! Because according to our counsellors and psychotherapists, “not all women adhere to all these things… In some northern working-class contexts, femininity is associated with strength and aggression.”

And to be fair to the author, not all men fit the guidance: “However, of course, not all men adhere to all these things. For example some men take on major child-rearing roles in the family or enter caring professions.”

The author of this incredible piece of guidance is Dr Meg-John Barker, a writer and academic who is currently senior lecturer in psychology at the Open University. Why has this reactionary and ridiculous gender stereotyping been issued by a respected organisation? You guessed it, it’s due to the collective madness gripping Western liberal intelligentsia over transgender.

The Trans Attack on Women

Whatever else happens, every organisation, every media outlet, every academic institution, has to demonstrate that they are ‘with the times’ when it comes to accepting transgender theory. Everything must be geared not only to the handful of people who really do suffer from GID, but also to the unscientific and unproven doctrines of Queer Theory.

Dr Meg-John Barker (I am not sure which of the 100 genders he/she/ze/zer/they/zey assign to themselves) tells us that: “It is important not to assume being a woman necessarily involves being able to bear children, or having XX sex chromosomes or breasts.”

Take a deep breath. Let that one sentence sink in and consider just how far down the rabbit hole our insane culture has gone.

On the one hand, the fact that you have a womb, female chromosomes, breasts or female genitalia does not make you a woman; on the other if you are nurturing, caring, emotional and concerned with your appearance, you are clearly a woman – even if you can’t bear children; have male chromosomes; can’t breast feed (although apparently you can ‘chest feed’….if they find you a suitable machine to ensure your equality); and have male genitalia!

But this really confuses me. I must be a man because I think I am independent, rational, competitive and care about my work (it doesn’t really matter if I am or not, because that’s how I identify and you are never permitted to question my identity).

Or maybe, just maybe, at the risk of being labelled a transphobic bigot, I might just revert to the Bible’s crazy idea that there is such thing as male and female? What if I reject the gender identity stereotypes put forward by 21st century liberal identitarians and instead rely on ‘God made them male and female’? I could come into the real world and realise that there are biological and physiological differences between the sexes.  Why, I might even go so far as to say that there are cultural differences and that gender is affected by culture and upbringing.

And I can move out of the insane world which declares ‘you can be whatever gender you want to be’ and insists that gender is merely a social construct and nothing to do with biology. This rolls back the decades of advances made by feminism (thus putting the misogynists and the transgenderists in a real wacky alliance!).

Radical transgenderism has been called ‘misogyny in drag’! This also means that there is no real basis for gender equality or anything but the most shallow of understandings – women wear lipstick and care (except of course if they are Northerners or autistic – yes, they say that as well in the guidelines); men carry guns and don’t cry.

In Biblical Christianity, God created us male and female – both in his image. In Christ, there is no male or female (not in the sense that it doesn’t exist, but rather that it does not make a fundamental distinction in our relationship with God). That is the heart and real intellectual basis of all equality. Everything else is peripheral.

Isn’t it strange how in rejecting God, we are now in the process of destroying humanity? Lord, have mercy.

The gay atheist who made me weep and pray

Outgrowing Atheism: it’s time for Richard Dawkins to grow up

The BBC and the Tower of Babel