It’s been a hectic two weeks. A couple of weeks ago I wrote from Shetland, last week from Brisbane – and this week I am back home in Sydney – and yes it does feel like home.

This week has been an encouraging week. Sometimes they happen! There were even moments of joy! It started with Sunday in Brisbane and preaching at Ann Street Presbyterian. I preached on Mark 16:1-8 The Resurrection and the Reality – This was followed by a Q and A – you can listen to them both here – https://www.annstreetpcq.org.au/sermons-1/2019/9/15/resurrection-the-reality-and-the-reaction

On Tuesday I headed to Canberra to speak at an outreach event in a cinema. I will put up a separate report about the actual event but Canberra itself – or what I saw of it – was interesting.   I left Sydney – where it was pouring much needed rain and as we entered Canberra I noted how dry all the land around seemed to be – although there was some snow on the hills.   I also had to get my first Uber from the airport. I was impressed how efficient it was – and of course the driver was an immigrant from India. Why are so many of the workers in the service industries and gig economy ‘immigrants’? I don’t say that as a criticism of them – indeed precisely the opposite. Good for them for trying to make a living and a life for themselves.

Canberra is unusual – a made up city, established for political reasons (i.e. Sydney and Melbourne could not agree where the capital should be!). I love the lay out and find the dynamics of ‘the triangle’ (in effect where the government organisations, politicians and lobbyists are based) fascinating.   Whilst there I had an ‘idea’….we will see if it comes to fruition! 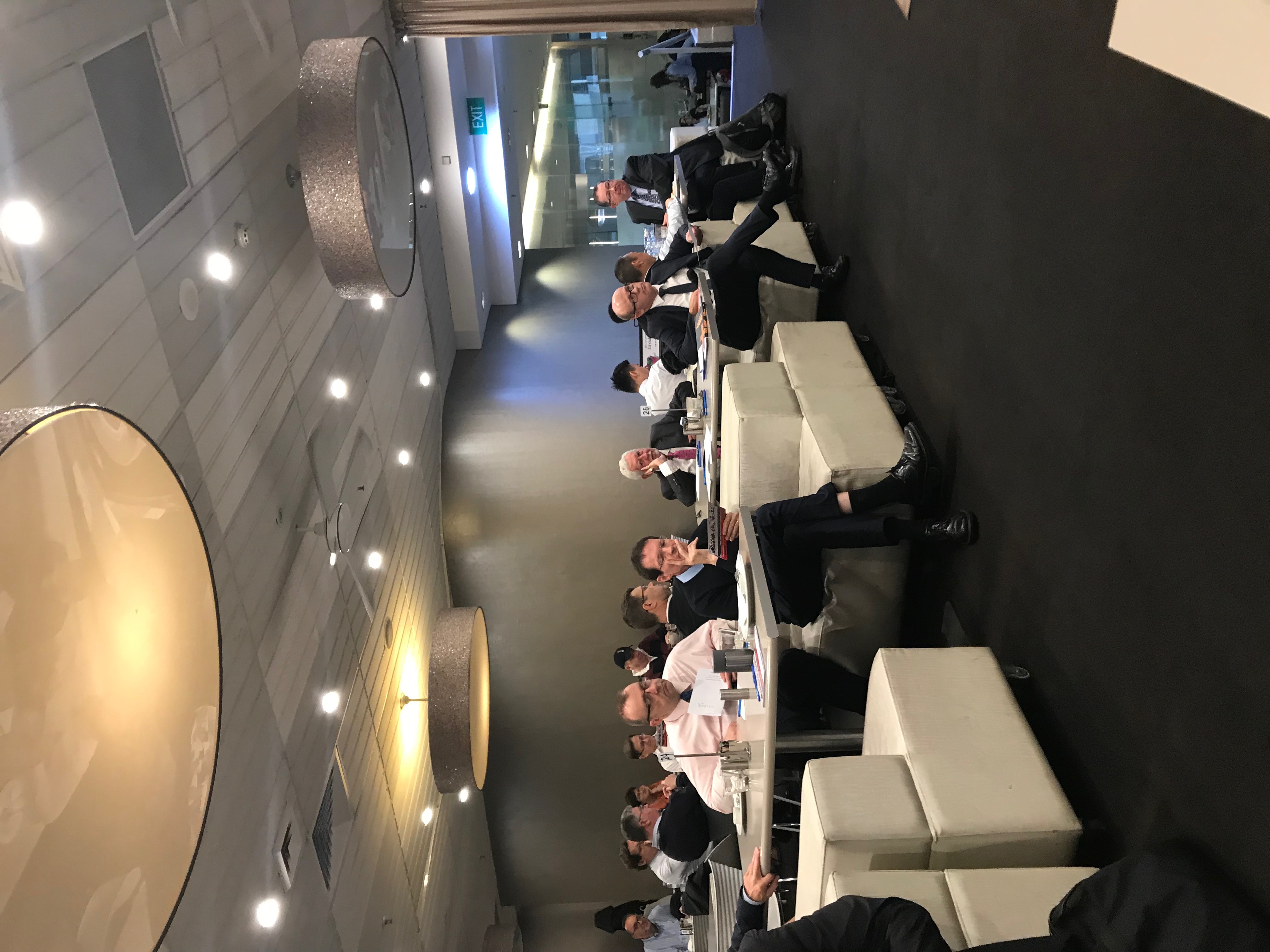 Every Thursday morning I go to the City Legal group which meets in Silks restaurant at 7:30. This past Thursday (and next) I was the speaker. It is a very different dynamic. Again what was really encouraging were the lawyers I spoke to who were not Christians, but have a great interest (why else would you go to a 7:30 am meeting?!). Here is a link to the talk I gave – including a fascinating question time at the end. https://citybibleforum.org/city/sydney/episode/many-convincing-proofs

One of the encouragements of this week is the number of media opportunities that are coming up. I hope to share more of this later but for now can I just encourage you to pray. It appears as though doors are being opened. This past week it was my monthly appearance on Janet Parshall’s In the Market. (I will post a link to that tomorrow).

Another encouragement is the continued reception and spread of A.S.K. I knew that 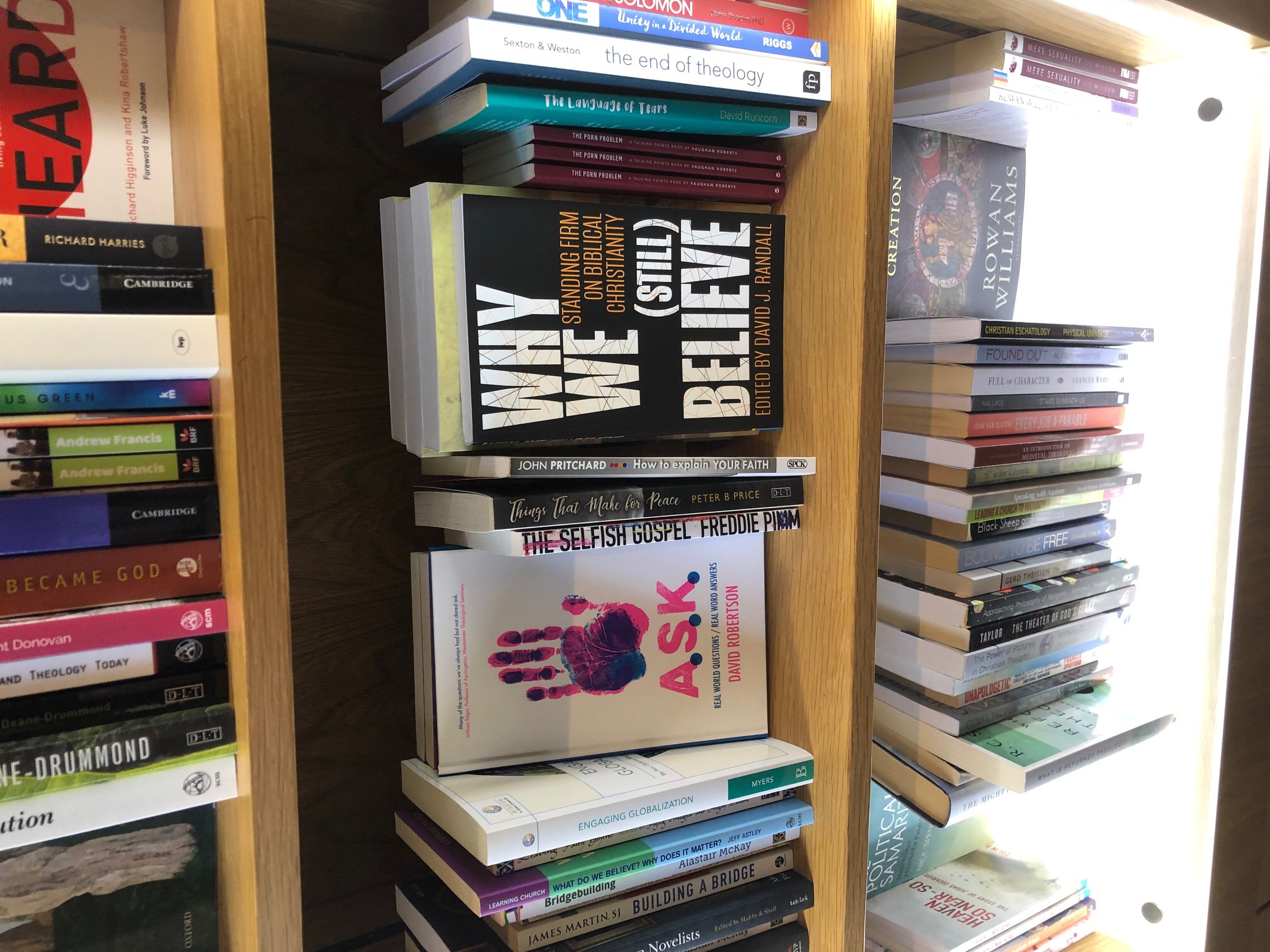 writing it in the way I did was a risk. It may not have worked. I just wanted it to be of use and it appears as though that is the case.   It is reaching places where I did not expect it to. I was sent this photo from Durham Cathedral bookshop.

It was good to have a day off yesterday – and a day of worship we did. We visited Wendy’s Secret Garden at Lavender Bay…it’s not much of a secret but it is beautiful….and the story of how it came about is inspirational. Watch it here…

After visiting the garden we jumped on the ferry at Milson’s Point and headed over to Circular Quay, had a late lunch and did some shopping. Normally the idea of shopping at any time is not my idea of a relaxing time – but on a Saturday? In the city centre? Looking for clothes?   However I have a confession to make – I have found a clothes shop I like. Rod and Gunn. I just love their shirts (Annabel got a couple second hand in Vinnie’s) and I ended up buying a pair of their trousers.   I don’t know why but I like the feel and the look. I’m told that they are a bit posh….so I am concerned about what is happening.   But surely we can, and should, be thankful for the clothes that we have. The Lord ultimately is the one who clothes us.

I realize that I am speaking as someone who is deeply privileged. I have things that many others in the world do not have – not the least of these being food and clothing. The Lord gives us all things good, richly to enjoy – and to share. But most of all we have been given Christ. I must learn to share him.  It’s what we call fellowship.   In that regard please pray for the coming week and the official launch of Third Space on the 27th (if you are in Sydney on Friday morning and would like a invite to that – drop me a line and I will see what I can do)…

I’ll let you know next week how it went.  Meanwhile wherever you are this Lord’s Day may you know His presence and blessing.

Art and Encouragment in Brisbane – Letter from Australia 7