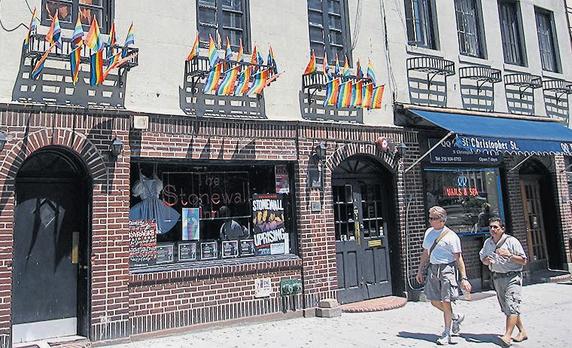 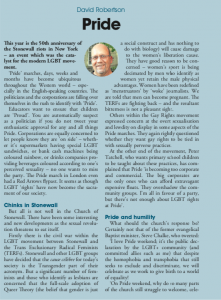 This year is the 50th anniversary of the Stonewall riots in New York – an event which was the catalyst for the modern LGBT movement. ‘Pride’ marches, days, weeks and months have become ubiquitous throughout the Western world – especially in the English speaking countries. The politicians and the corporations are falling over themselves in the rush to identify with ‘Pride”. Educators want to ensure that children are ‘Proud’. You are automatically suspect as a politician if you do not tweet your enthusiastic approval for any and all things Pride. The corporations are equally concerned to let people know they are ‘on side’ – whether its supermarkets having special LGBT sandwiches, or Bank cash machines being coloured rainbow, or drinks companies providing beverages coloured according to one’s perceived sexuality – no one wants to miss the party. The Pride march in London even had a Red Arrows fly past.   It seems as though LGBT ‘rights’ have now become the sacrament of our society.

But all is not well in the Church of Stonewall. There have been some interesting and new developments as the sexual revolution threatens to eat itself.

Firstly there is the civil war within the LGBT movement between Stonewall and the TERFs. Stonewall and other LGBT groups have decided that the cause celebre for today’s society is the Transgender part of their acronym. But a significant number of feminists and those who identify as lesbians are concerned that the full scale adoption of Queer Theory (the belief that gender is just a social construct and has nothing to do with biology) will cause damage to the women’s liberation cause. They have good reason to be concerned – women’s sport is being decimated by men who identify as women yet retain the male physical advantages. Women have been redefined as ‘menstruators’ by ‘woke’ journalists. We are told that men can become pregnant. The TERFs (Trans Exclusionary Radical Feminists) are fighting back – and the resultant bitterness is not a pleasant sight.

Others within the Gay Rights movement expressed concern at the overt sexualisation and lewdity on display in some aspects of the Pride marches.   They again rightly questioned whether they want gay rights to be tied in with sexually perverse practices.

At the other end of the movement, Peter Tatchell, who wants primary school children to 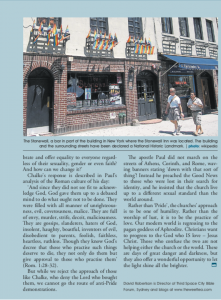 be taught about these practices, has complained that Pride “is becoming too corporate & commercial. The big corporates are the only ones who can afford extravagant expensive floats. They overshadow the community groups. I’m all in favour of a party, but there’s not enough about LGBT rights at Pride.”

What should the church’s response be?   Certainly not that of the former evangelical Baptist minister, Steve Chalke, who tweeted “I love Pride weekend; it’s the public declaration by the LGBT+ community (and committed allies such as me) that despite the homophobia and transphobia that still seeks to exclude & discriminate, we will celebrate as we work to give birth to a world of equality!”

“On Pride weekend, why do so many parts of the church still struggle to welcome, celebrate and offer equality to everyone regardless of their sexuality, gender or even faith? And how can we change it?”

Chalke’s response is described in Paul’s analysis of the Roman culture of his day:

Rom. 1:28     Furthermore, just as they did not think it worthwhile to retain the knowledge of God, so God gave them over to a depraved mind, so that they do what ought not to be done. 29 They have become filled with every kind of wickedness, evil, greed and depravity. They are full of envy, murder, strife, deceit and malice. They are gossips, 30 slanderers, God-haters, insolent, arrogant and boastful; they invent ways of doing evil; they disobey their parents; 31 they have no understanding, no fidelity, no love, no mercy. 32 Although they know God’s righteous decree that those who do such things deserve death, they not only continue to do these very things but also approve of those who practice them.

But whilst we reject the approach of those like Chalke, who deny the Lord who bought them, we cannot go the route of anti-Pride demonstrations. The apostle Paul did not march on the streets of Athens, Corinth and Rome, waving banners stating “down with that sort of thing’!   Instead he preached the Good News to those who were lost in their search for identity, and he insisted that the Church live up to a different sexual standard than the world around.

Rather than ‘Pride’ the churches approach is to be one of humility. Rather than the worship of lust, it is to be the practice of love. Our modern world is regressing to the pagan goddess of Aphrodite. Christians want to progress to the God who IS Love – Jesus Christ. Those who confuse the two are not helping either the Church or the world. These are days of great danger and darkness, but they also offer a wonderful opportunity to let the light shine all the brighter…