This weeks Brexit Bulletin and some Reflections on Scotland Today

Sturgeon, Brexit and the Future of Scotland

MPs are back from their Easter holidays and things have stayed the same and moved on.  The Brexit Party has really started with a bang.  It looks professional, slick and is gathering a formidable momentum.    The other new party – ChangeUK is having a nightmare – they have had to deselect two candidates for dodgy racist remarks and their candidates look the very opposite of ‘change’.  The Conservative party is very close to self-destructing.

Meanwhile, in Scotland, it is also the case that things have moved on and stayed the same.  Nicola Sturgeon made a big (non) announcement yesterday.   But before we look at that let me share something with you this article in the Dundee Evening Telegraph 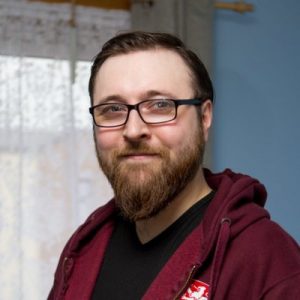 from my friend Ewan Gurr.   It’s not so much the fact that Ewan was ‘coming out’ as a supporter of Brexit, but that he was doing so as a supporter of Scottish Independence.  He belongs to a group that are not supposed to exist – the Yes/Yes brigade – those who voted Yes to Scottish Independence in 2014 and those who voted Yes to the UK leaving the EU.   The Scottish government keep telling us that they, and they alone, speak for Scotland.  ‘Scotland says’, ‘The People of Scotland’, ‘Scotland voted to Remain’…have become the standard cliches of any SNP spokesperson.   But life is much more complex.  It is estimated that 400,000 SNP voters, voted for Brexit.  My own city, Dundee, is known as the “Yes’ city.  All our politicians, media, institutions are against Brexit and yet even here 40% of those who voted, voted for it.  Ewan was not alone.   I have yet to meet any working class person who voted for the EU.    But the Scottish government conveniently ignores the one million Scots who voted for Brexit.  Yesterday’s announcement by Nicola Sturgeon exemplifies that.

The speech was billed as a grand announcement about a new way forward to Independence and will doubtless cheer the faithful at the party conference/rally this weekend.   It got the usual reactions – Sturgeon’s supporters in her own party and the media praised it as stateman like, balanced etc.  Her opponents decried it as chattering on about Independence when there were more important things like education, health and the economy needed to be dealt with.

In reality the speech was in Solomon’s word Hebel from Holyrood’.   On other words, it was lacked depth, said very little substantive and was ultimately meaningless.    These are some things I picked up from it.

The desire to be an independent nation within the EU is an oxymoronic soundbite.

The FM’s warned about the ‘inclination to impose uniformity which will lead to more centralisation”.  And yet at the same time her whole policy is for Scotland to belong to the EU, the Single Market and Customs Union whose very raison d’etre is to impose uniformity.    Scotland cannot be an ‘independent sovereign nation’ in the EU because the EU is a supranational body whose sovereignty overrides that of the nation-states which are its members. 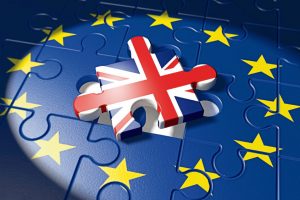 The FM stated that “independent Ireland’s position is protected by the EU”.  But this of course misses out the obvious fact.  Ireland is protected as long as it does the will of the EU.  If Ireland ever chose to go a different route (Greece, Italy or Hungary) then it will experience the kind of ‘protection’ that I used to get when visiting Ibrox.  “watch your car mister – only £1′ said the teenager.  When I refused my streetwise friend said ‘no – you have to let him ‘protect’ your car…or who knows what you will find when you come back”!

When she moans about Westminster ‘overriding’ the sovereign wishes of the Scottish parliament, she conveniently ignores the fact that her policy is to belong to an EU which will override the wishes of the Scottish Parliament.  For example, the SNP says that it does not agree with the CFP and wants to be out of it.  But you cannot belong to the EU and be out of the CFP.  I am astounded at how many EU supporters in Scotland think that we can pick and choose what EU laws we will or will not obey.

The fact that the Nicola Sturgeon and the Scottish government do not grasp this is profoundly disturbing.  They are either being genuine but lack the intellectual capacity to grasp that you cannot be an independent sovereign nation within a larger body which asks you to give up much of that sovereignty; or, like Heath and the Tories in 1975, they know the truth but are just being dishonest with the people.

The claim to speak for the whole of Scotland – (see above).

The notion that ‘Scotland’ won’t be outvoted’.  But Scotland did not have a vote.  Scotland did vote in 2014 to remain in the UK.  The EU vote in 2016 was not ‘Scotland’ – it was the UK.  Can you imagine if we had a referendum in 2021 and Scotland voted Yes to leaving the UK, but Edinburgh voted No?  Do you honestly think that Sturgeon would accept for a moment that ‘the People of Edinburgh’ would a right to remain in the UK?

When the FM says that “we have a duty to represent the nation whatever our views…” she seems unaware that trashing those who disagree with her on Brexit (including a million of her own citizens) is hardly fulfilling that laudable desire.

The arrogance and lack of self-awareness. 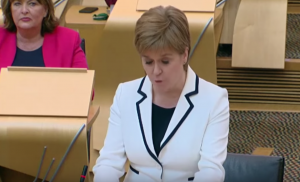 Sturgeon claims not only to speak for the whole of Scotland but also to be the person who will best protect, represent the United Kingdom.  There is a bit of Messiah complex which means that some devotees actually believe when we are told that Scotland will lead reform in Europe or is the best small country in the world.

The FM accused others of having nothing to offer but the broken status quo, blissfully unaware that that was just what she was offering.  More of the same old, same old.  I have been hearing it for the past five years and suspect I will be hearing it for the next five.  Nothing will change.  Meet the new boss, same as the old boss.

The Offering of false hope. 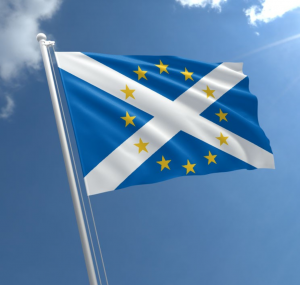 There are cynics, and I am one of them, who think that the timing of this announcement was more to do with the SNP conference this coming weekend than it was to do with seeking help bring clarity to the Brexit debate in the wider UK, or unity within the Scottish parliament.  If you read what the FM actually said she did not promise that there would be another referendum before 2021 (she had already said it would 2018, then 2019) but that she would put the legislation through to arrange for one.  But she knows that legally she cannot hold a second referendum without an agreed Section 30 order from Westminster – which neither the Tories nor Corbyn will grant.  Indyref 2 is not going to happen, and I suspect the FM does not want it to happen because she knows that support for Indy is around the 40% mark, not the 60% that would be needed going into a campaign.  Whilst there may be some who have been won over by the idea of staying in the EU – something which is more important to them than their own country – there are more of us who don’t see the point in voting for a SINO – Scottish Independence in Name Only, and still others who, having seen the difficulty of getting out of a 40 year union, are concerned about how difficult it will be to leave a 400 year one.

What kind of society do we want to be?

I am even more cynical about this.   The chair will not be ‘independent’ of civic Scotland (the 5,000 to 10,000 people who run the country).  The chair will be appointed by the government or its officials and so will the citizens.  If the citizen’s assembly is not appointed then it will be elected – so how will it be different from a parliament?  Will it just be an elected talking shop with no power – an expensive waste of time and money (like the EU parliament!)?   The Scottish government already places political pressure on the arts, education, business and health.  Why would it not do so for this so-called ‘People’s Assembly’?   It would never permit any challenge to its authority and so will stack the decks from the beginning.

However, I do think that we should consider what kind of country we want to be.

I found it fascinating that the FM admitted that the working age population of Scotland was set to decline.  Her solution?  Import people to do the jobs we don’t want to do.  Scotland is reckoned by some experts to be 400,000 short of a sustainable population – ironically the number of Scots who have been killed in the womb in the past couple of decades.   I would like to be a society of life – not death.   I would like a society where the poor were cared for, where a child’s education did not depend on the wealth of their parents; where gender (and science) was respected and not made subject to ideological whims; where healthcare was based upon need, not wealth or ideology and where there was genuine freedom of religion, speech and the press.

The FM said that people should have a sense of engagement and buy-in.   But that is precisely what I and millions of us do not feel that we have.  We have been told that we are not ‘Scotland’ and that we don’t share ‘Scotland’s values’, just because we go against some of the new absolutist morality/politics of the self-styled ‘Progressives”.   In the name of inclusivity, we are excluded.  In the name of tolerance, we are not tolerated.  In the name of freedom, we are restricted.

Right now the biggest issue is not whether we are in the UK or out of it.  Nor whether we are in the EU or out of it.  The biggest issue is what kind of society we are going to be?    The direction of travel seems to me to be towards a more confused, authoritarian and unjust society.   As we reject our Christian past we seem to be accepting our Pagan future.  I regard that as regression, not progression.   I guess in the Brave New World of the FM’s Scotland that makes me (and many like me) persona non grata.

Footnote:  Stephen Daisley has this excellent summary of the FM’s speech.