Last week I was not able to do the review – mainly because I was in hospital.

This week I have a few books that I have just finished. 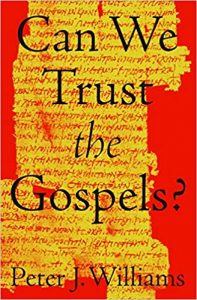 This is a much-needed book from Peter J Williams, the principal of Tyndale House.  It is short (140 ages) and somewhat detailed and technical for some.  However for me it is an essential book – and will be one that I have with me in regular ministry – especially when I am presented with the atheist memes that are so prevalent on the Internet.  Can we trust the Gospels?  Who wrote them?  What is the evidence for their historicity?   To me this is up there with FF Bruce’s The New Testament Documents and at a popular level Amy Orr-Ewings Can We Trust the Bible?   William’s conclusion sums up the purpose of the book:

“In returning, then, to the question of trustworthiness of the Gospel text, it is rational to have a high degree of confidence in the text of the Gospels as it appears in modern editions” 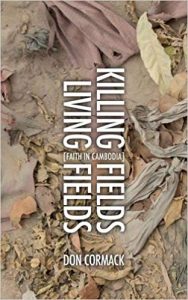 In 1980 I attended the prayer meeting in my local church – Buccleuch Free Church in Edinburgh.  I was a bit down about something – but that prayer meeting made me rethink so much.  A young Cambodian was speaking – of the slaughter in his own country and how he became a Christian.  The joy in his face – in the midst of such unspeakable suffering made a big impression.  I was reminded of this when I read Don Cormack’s book is subtitled “An Unfinished portrait of the Cambodian Church”.  It is the best modern missionary book I have ever read – its honesty, understanding, history and compassion are outstanding!  It is incredibly moving and a real inspiration – but not in the fake hagiographic way so beloved of many such books.  The weaknesses of the church, the failures as well as the glorious victories are all chronicled in meticulous detail.   It is a long time since I have read such a faith affirming book.  Peter Lewis describes it as The Wild Swans of Cambodia – ‘a modern Christian classic”.   Highly recommended.

“The heart of the Cambodian problem is the problem of the human heart. This is a universal fact.” 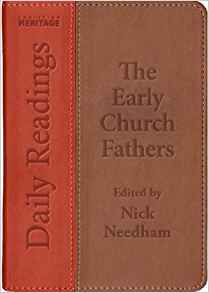 church.  I have used it for the past year each day.  January is readings from Chrysostom, Feb Irenaeus and so on throughout the year.  These are all absolute gems.  They give an insight into Scripture, God and the Christian faith – that is both historical and biblical.  There are so many profound and quotable quotes.  Every Christian can learn from the early Church Fathers.   This is also a beautifully produced leather book.

“There is nothing like humility:  This is the parent, root, guardian, groundwork, and unifying force of all good things.  Without humility, we are detestable, disgusting and defiled.  If there were someone raising the dead, healing the lame, cleansing lepers but doing it with boastful self-satisfaction, there could be nothing more disgusting, nothing more ungodly, nothing more odious.  Reckon nothing to be of yourself”  (Chrysostom – January 21st” 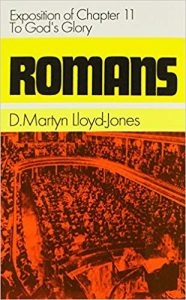 This continues Lloyd Jones’ series of sermons on Romans 11.  Like the rest in this series it is both superb reading in itself, and enormously helpful for preaching to preach on the passage.    Romans 11 is a difficult and controversial chapter – or perhaps it is better to say that it has been made that way – by those who do not see it in context.  I greatly enjoyed and benefited from this – and used much of it in my own recent series on Romans (eg. Dominic Smart on 1 Corinthians 1; Romans 11 – Theology and Doxology)

“In chapter 11 Paul looks into the future and shows how this great and grand purpose of God is going to be carried out in its glorious fulness, both as regards Gentiles and Jews”

analysis and news of British politics than an hour of watching the news. It is as the label says “Instant political analysis from the Spectator’s top team of writers, including Fraser Nelson, James Forsyth, Isabel Hardman, Katy Balls, Alex Massie and many others.”   All of them are knowledgeable and good communicators of complex subjects.  James Forsyth seems to have a hotline to the UK government cabinet that no one else does.   If you are interested in keeping up with UK politics – this is a must.

This is a classic 1974 disaster movie starring Paul Newman and Steve McQueen.  It was nominated for eight Oscars and won three.  There were many other stars including a good performance from Fred Astaire (without the dancing), Robert Chamberlain, Faye Dunaway. Robert Vaughan, O J Simpson.  The music was by John Williams.  I watched this recently whilst recuperating.  Highly enjoyable.  They knew how to make entertaining, thought-provoking and classic films in those days! 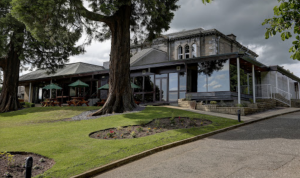 I have been to this Perth Road Hotel in Dundee many times – sometimes for weddings, occasionally for funerals or business meetings.  Great location with superb views.  The food is good but not special.  The staff are friendly and know what they are doing. `I have never stayed here so can’t comment on that.

This is Springsteens 2nd acoustic album, released in 1995.  It’s by no means his most popular but its my favourite along with Born in the USA.  Its more contemporary folk than rock.  I loved the fact that it’s a concept album that comes out of a character in one of my favourite books – The Grapes of Wrath by John Steinbeck.   My own favourite track is Youngstown.  I remember being in a car with Alaister Begg and getting really excited as we passed a road sign for Youngstown!

Saturday Review 9 – Some Pastors and Teachers; Leaving Neverland; The Briefing; The Dark Side of the Moon; Ting Saboteur