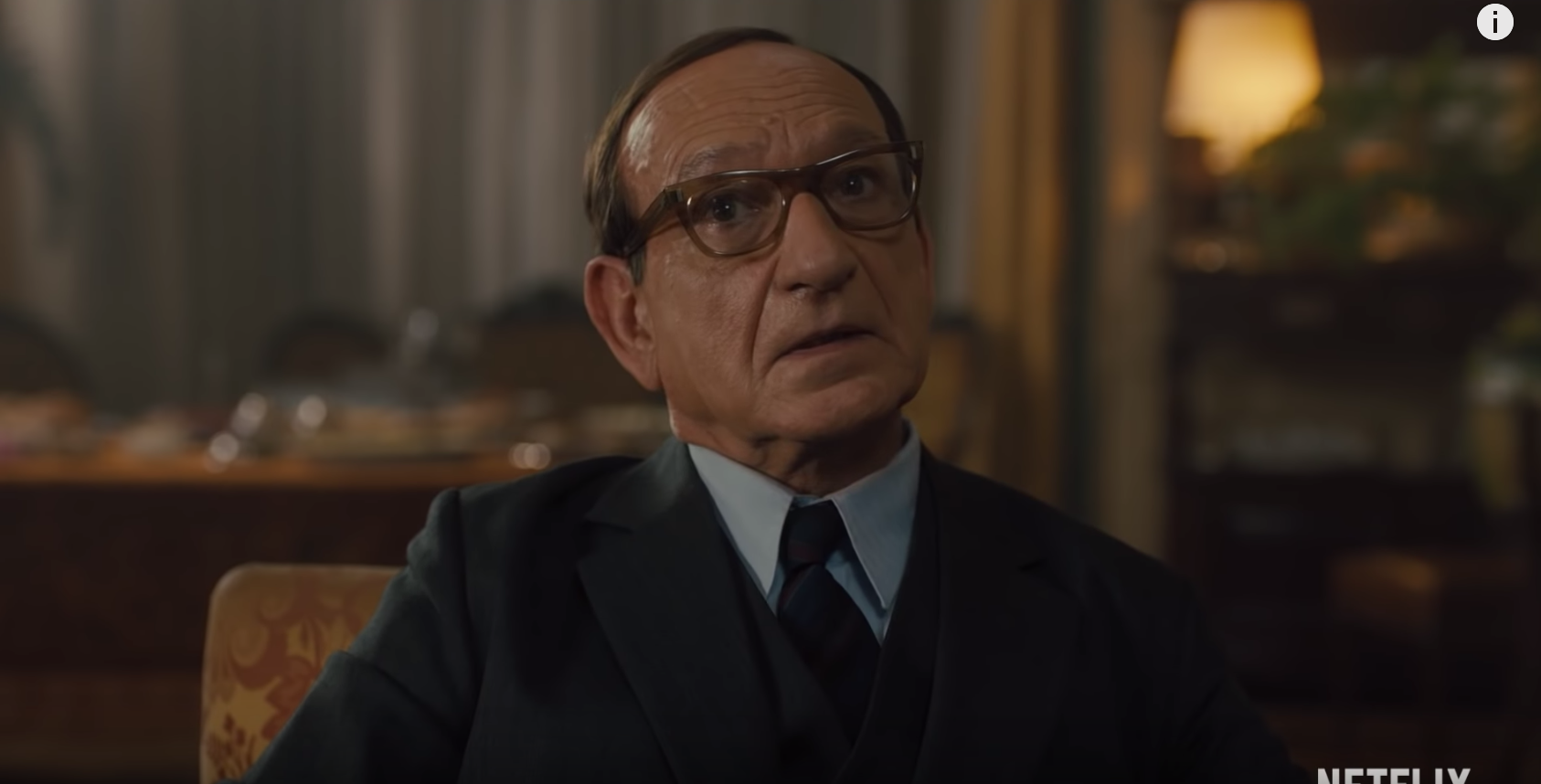 If you have Netflix then don’t miss this film.  The story of the capture of Adolf Eichmann is fascinating enough and this film certainly captures that – but it also raises some great questions and teaches some important lessons.

2. What was wrong with the Holocaust?  It seems a ridiculous question but if what Eichmann states is true  – “We are all just animals, it’s just that some have bigger teeth than others”, then what is the logical moral basis for arguing against the Holocaust?  In a debate at the University of Cambridge I was told by the president of the atheist/agnostic society, citing Bertrand Russell,  that it was not a fact that Dachau and Auschwitz were wrong.  He thought they were wrong but it could not be proven as a scientific fact such as gravity.   Eichmann’s view was that killing the Jews was protecting his country from a virus and anyway it was just the rearranging of chemicals in the universe.  On the purely atheistic materialistic scientific perspective, he was right.  Incidentally at that debate I was asked by my atheist opponent to prove that Auschwitz was wrong. I answered.  “You cannot prove that Auschwitz was wrong because your basic presupposition, your basic starting point, is that there is no absolute God – so ultimately you cannot get to absolute morals or absolute right and wrong”.  His response was “But your starting point is that there is a God”.  “No, my starting point is that killing six million Jews is wrong.  But you are right – then I ask – why is it wrong?  And I keep asking the question until the only answer that comes up is the one that Richard Dawkins states – to have absolute morals you need an absolute God.  The irony is that my acceptance of evil leads me to God, your rejection of God leads you to the notion that ultimately there is no such thing as evil”.  It was a revelatory moment for me and I ended up developing this Apologetic of Evil…

3.  Evil often appears banal?  If I recall correctly it was a journalist writing about 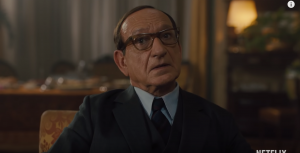 Eichmann’s trial who described him as ‘the banality of evil.  Operation Finale certainly captures that.  Eichmann looks like a book clerk, is mild-mannered and polite.  This is no foaming at the mouth maniac.  It is an accurate description. All in all an excellent and informative film.  Ben Kingsley as Eichmann is outstanding. 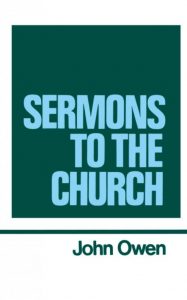 I am gradually working my way through Owen’s works.  Again I greatly enjoyed reading this one – a sermon at a time. (Vol 9 is a book of 83 sermons to the church).   Especially the Sacramental Discourses.  Owen is deep and at times complex – you certainly can’t skim read him!  But he is not as difficult as some might imagine.  Once you get in to it – you will enjoy swimming in the deep waters!  Mainly because this is not just deep intellectual theology, but it is biblical teaching that brings you Christ.  What more could a Christian want? Some sermons are so highlighted in my book that I would have been as well just colouring in the whole one – for example the sermon on ‘the use of faith under reproaches and persecutions’ (p. 498) – from which this gem comes:

“Faith will give us such an experience of the power, efficacy, sweetness and benefit of gospel ordinances and gospel worship, as shall cause us to despise all that the world can do in opposition unto us.”

Podcasts – From Our Own Correspondent  9/10

From Our Own Correspondent is the BBC at its best.  Hosted by the experienced 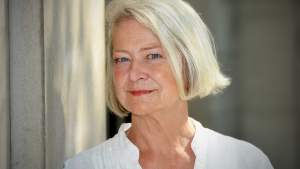 journalist, Kate Adie,  the self description is accurate; “Insight, wit and analysis from BBC correspondents, journalists and writers from around the world”.   I would highly recommend listening to this online or as a podcast.  It lasts about 30 minutes. As an example This is a great clip from a correspondent in Georgia.  Real men eat egg shells!

I used to own this album on white vinyl.  I regret selling it after I became a Christian (thinking it was ‘worldly’ to have such a large record collection!) – because it would be worth a fortune now. It is a double album with 30 varied songs.  From the rock of Helter Skelter to the pop sing-a-long of ObLa-Di- Ob-La-da and Back in the USSR.  My favourite is a catchy and simply ditty – I’m so Tired.

Although 50 years old The White Album does not sound dated and is miles better than any album in today’s charts – none of which will be around in 50 years time! 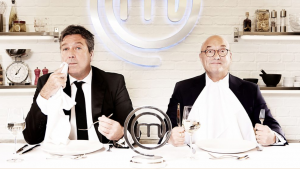 I already wrote a little about Masterchef here – It is a popular TV programme based simply upon the premise of fine dining competition.  As well as the original Masterchef there are spin offs such as Celebrity Masterchef and Professional Masterchef.  I think the programme works well because of the personalities of both the judges John Torode and Gregg Wallace and the contestants – who are diverse and entertaining.  Although if I hear one more ‘cooking is my passion’ cliché I’ll scream!  It’s an entertaining, interesting insight into some of our culture!  Speaking of food…

One of the places I will miss most in leaving Dundee will be my second office – The Cafe Scilia.  This is just down from St Peters – a former launderette  It’s small and in some ways basic – but it really is excellent Scillian food and coffee.  I especially love the pasta

and the pizza and the Sicilian specialities.   And it is very reasonably priced.  The staff are always great – in fact all of us who work in St Peters know them by name and would even regard them as friends!  If you are in Dundee then you could do worse than visit St Petes – and then go for a coffee or lunch at the Scillian!