Every January a substantial number of evangelical ministers head for the beautiful Perthshire town of Crieff and the magnificent Crieff Hydro.  Known as the Crieff Fellowship it has for decades been a beacon of hope for the Gospel in Scotland.  Known as the Crieff Brotherhood (it now involves women – though not many!) it was set up bu Willie Still and the reformed evangelicals within the C of S to encourage fellowship amongst the evangelical ministers.  Gradually it has opened out to those in other denominations and I, amongst others have been going along, and benefiting for many years. (although I have to say that the number of men from the Free Church this year was the lowest I have seen). 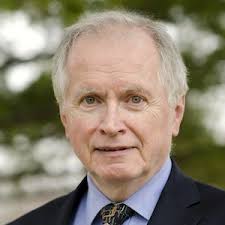 This January I was keen to go, especially as Don Carson was the main speaker taking us through the latter part of Isaiah, but was not able to stay for the whole time – so I only got the Wednesday.   It was a good day – but it is clear that things are changing and there is a real question mark about the future of the Fellowship.  A question mark which can also be placed over the whole of Reformed Evangelicalism in Scotland.

Crieff is a fellowship.  It’s not just a January jamboree, or March and October meetings.  I was reminded of that again this week – where it was good to see familiar, well kent faces and meet new ones.  The fact that we are all in the work of the Gospel together should not be underplayed.   Don bravely observed; “I have a suspicion that Scotland is a place where Christians find it hard to work together…“.   Thats putting it mildly!

There were those who were not there at Crieff because it is not now their network, or their style, or their generation (and of course many of us are too busy….you have to feel sorry for the Baptist minister who thought he would take a quiet few days away from ministry  with the family – only to pick the Crieff Hydro in conference week!).  Tribalism in Scottish Christianity seems endemic.  Don also observed that there are many forms of religious hypocrisy.  An evangelicalism which plays only lip service to working with those who are our brothers and sisters is one such form.

Crieff is becoming very frustrating.  (In fact I find that I am getting increasingly frustrated in Scottish church circles. I need to be aware of becoming cranky – as Don also observed:)

It’s really hard to be a contagious Christian when you are cranky – you can denounce but you can’t attract.

But Crieff is frustrating because although it still has great potential it seems to me as though that potential is not being realised.  It’s serving, (amongst others) an evangelical constituency within the C of S, which whilst it still exists, is much smaller, less united, less clear and coherent than it was in the Stillite days.  Many of the Crieff Fellowship have left the C of S.  Do they still feel welcome?  Do they want to be welcome?  But it’s not just that – unity is based around a clear doctrine of Christ and Scripture.  Some of the stalwarts of Crieff seem to have drifted from that. When a Crieff man became moderator we were told to expect great things.  But it did not exactly work out that way.  I think it was in 2005 that I spoke at Crieff and warned  that we were going to lose the coming battle on sexuality in the Church of Scotland.  But I could not have seen the day when a Crieff man who became moderator was rewarded for his services in “changing attitudes within the Church to same-sex relationships”.  https://theweeflea.com/2018/06/29/evangelical-moderator-honoured-for-changing-attitudes-within-the-church-to-same-sex-relationships/

One of the frustrating things about Crieff (and much of the Church in Scotland – including the Free Church) is the unwillingness or inability to face up to reality. Let me give one other example – in the short discussion that followed the session on the future of Crieff it was stated that rural areas were more conservative (theologically?).   I think this is a case of grasping at straws.  If you have a well equipped building in a rural area that has very few facilities and you hold community events (and don’t make church too heavy!) of course you are going to have a larger footprint and your facilities are going to be well used.  But that does not mean that the people in the area are more ‘conservative’ (other than in a traditional rather than a biblical sense).  Coming to the church building is not the equivalent of coming to Christ.  Indeed my experience of both rural and urban Scotland would suggest that in some cases it is far more difficult being a young person seeking to follow Christ in the rural areas, than it is in the cities.  In the latter there tends to be more young people in the church, less peer pressure and more anonymity.   I just felt that the comment was well-meant and positive – but indicated a level of being out of touch with what is happening in 21st Century Scotland.

The question is seriously being asked whether Crieff has a future.  I hope so.  But if that is to be it will need to change.  Not to become more contemporary in the sense of following  the spirit of the age, but rather to apply the Gospel in our contemporary society by being  radical, realistic and relational.  There are some fine leaders within the Crieff Fellowship, but they need more….and they need to rest of us to stop nit-picking, stop empire building and to start showing more courage, compassion and committment.  There is no future for Crieff if the tribalism continues.  Indeed there will be no future for the Reformed Church in Scotland if the tribalism continues.  We need to work, pray and evangelise together with like-minded brothers and sisters, even when we disagree on secondary issues, methodologies and find that our personalities clash.  Surely we can be mature enough to learn to bear with one another?! 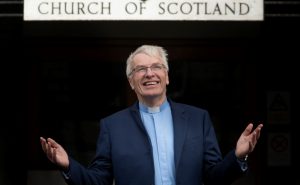 (The new moderator of the Church of Scotland, Colin Sinclair, is a Crieff man and he was there this week.  A talented and gifted servant of the Lord, we pray for him and the opportunity he has).

A New Years Wish List for the Church in Scotland

Here is a video we made from a previous Crieff – where Don Carson was also the speaker!