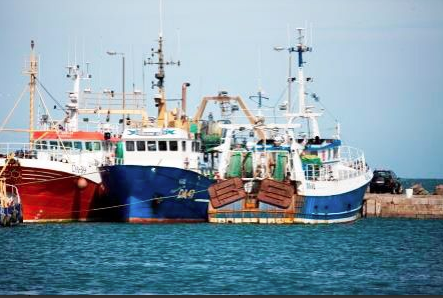 Before we go on to learn from what happened in 1970-1973 (as you will see, the parallels are uncanny) let’s get up to date with what is happening this week.  The bottom line is, that as in the early 1970’s,  the EU is playing hardball and the UK’s political class are largely caving in and deceiving the British people.

Theresa May has (I suspect through weakness and incompetence rather than malevolence) managed to come up with a deal that is so bad for the UK that the EU Commissioners took just minutes to sign off on it, barely able to conceal their glee. She has left the House of Commons with the choice of a bad deal or no deal.

The House of Commons which voted over 75% Remain will bind itself not to have no deal, which in reality means that there will be no Brexit – because the EU does not need to, and will never, offer a good deal.   They know that they can keep the UK in their project forever and force us to pay for it and to obey all their laws.

The self-styled Peoples Vote is not a Peoples Vote at all (we already had that).  It is unashamedly a ‘lets stay in the EU at all costs’ vote.  Our political classes are acting as EU stooges (for which they are well rewarded) to maintain the traditional EU policy of never accepting a referendum result they don’t like and compelling people to keep voting (under ever-increasing threats and Project Fear manipulation) until ‘the People’ get the right result.

And please don’t be fooled by the propaganda which goes on about this is ‘parliament taking control – isn’t that what you voted for?’    This is about politicians seeking to make null and void the largest democratic vote in UK history by claiming to take back ‘sovereignty’ only to then propose to hand that sovereignty back to the EU Commissioners.  All of course in the name of ‘the people’ in much the way same as dictators everywhere claim they are acting in the name of the people.   This has of course happened before as we will find out in looking at chapter 9 of The Great Deception, to which we now turn.

“There are some in this country who fear that in going into Europe we shall in some way sacrifice independence and sovereignty. These fears, I need hardly say, are completely unjustified.” Edward Heath, prime ministerial TV broadcast, January 1973.

There were now 13,000 pages of EEC laws. Heath’s position was simple “swallow it whole, and swallow it now”.   Joining the EEC was going to cost Britain a great deal of money – mainly to fund the CAP, which was 91% of the £3 billion budget.

Meanwhile the EEC continue to move towards “economic and monetary union”. The foreign office warned “there must be no mistake about the final objective; the process of change is irreversible, and the implications, both economic and political, must be accepted from the outset.”

Heath knew this as did Geoffrey Rippon, his chief negotiator. But they knew that this would not be acceptable in Britain so they asked that it would be done on a step-by-step approach so that people in Britain could be “reassured that their fears were unjustified”.

Booker and North’s account of the discussion process is fascinating, but far too much for me to put down here.   Suffice it to say that it involved a great deal of stage managing, claims of “significant progress” and a great deal of deceit. Heath knew that Europe was moving towards monetary and political union, and privately agreed that Britain would aim for the same.

The negotiations were “successful”. The cost to Britain was enormous – we had to spend as much on funding the enormously expensive CAP as the Americans spend on reaching the moon. CAP itself was to prove tremendously damaging to British agriculture. In effect we were paying a fortune to destroy our own agricultural industry!  We also damaged the Commonwealth and many poorer countries.

The claim was made that membership of the community “would mean that British manufacturers will be selling their products in a home market five times as large as a present”. There was no mention of the fact that continental competitors would be just as free to sell their products in the British market. There was also no mention of economic and monetary union or loss of national identity. The now familiar claim was made “there is no question of Britain losing essential national sovereignty; what is proposed as a sharing and enlargement individual national sovereignty is any economic interest.”   Even as they signed this agreement the British government knew that this was a lie.

People are wondering why fishing is so important in the current attempt to leave the EU. It is because of this shameful episode as we entered it. An episode so shameful that much of it was kept secret for three decades.The British people were again made a promise by the politicians (sound familiar?!).

“The government is determined to secure proper safeguards to the British fishing industry. The community has recognised the need to change as fisheries policy for an enlarged community of 10, particularly in regard to access to fishing grounds”

The European fishing fleets had largely fished out their own waters – with Britain, Ireland, Denmark and potentially Norway joining the EEC they would also be bringing the richest, best conserved fishing waters in Europe.   The Treaty of Rome demanded that the fishing grounds be a common resource for every member state and the community. British fishermen warned that, “if Britain joins the common market and French mission fishermen are given access to inshore waters, they will clean them out.”

The government’s White Paper stated that “the community has recognised the need to change its fisheries policy”. Not for the first time, and not for the last time, the British public was being seriously misled..(incidentally it is ironic that out of this betrayal of the Scottish fishing industry the SNP grew its support, but now that same SNP has signed up to the great betrayal – for all it moans about Theresa May’s policy (to use fishing as a bargaining tool in future economic negotiations) there’s is worse.  They want to join the EU, which means joining the CFP and handing control of Scottish fishing waters over to Brussels.  The hypocrisy is breathtaking – although some SNP supporters are so of the view that neither their government nor the EU can do any wrong that they seem to genuinely believe that it makes sense to claim that your policy is to belong to the EU but not the CFP…of course others just don’t care about fishing and are quite happy to see it traded for their fantasy Nirvana!).

Heath now began a massive publicity campaign on the merits of entry – not so much seeking to convince the public but rather seeking to convince members of Parliament that the tide of public opinion was moving in favour of joining the EEC. (Note the same tactic being used by the so-called ‘People’s Vote campaign currently).

Another tactic which has become very familiar is that the pro-EEC lobby groups were coordinated under the umbrella of the European movement, part funded by the European commission, to act as an integral part of the government campaign. Government information services, funded by taxpayers, thus coordinated activities with the trade union committee for Europe, the Conservative political Centre, the Labour committee for Europe, CBI and many other organisations, including the National farmers Union, the associated Chambers of Commerce, and the British Council of Churches. Plus ca change plus c’est la meme chose.

Another very familiar aspect was a carefully organised campaign based on letters to The Times, then regarded as Britain’s most influential newspaper. Pre-written letters were circulated to be signed by top name individuals or groups of businessman to be sent in as if they were the signatories on work. Particular efforts were made to woo the BBC. the European movement disperse more than £550,000, more than five times its normal budget – all of this came from unnamed donors. no attempt was made to the public objective or. factual information.   Research was done to find out what people wanted to and then used to shape the campaign.

The House of Commons with the support of 69 Labour rebels voted by a majority of 112 to join the EEC. Now came the great Fisheries betrayal.

After protracted negotiations, Geoffrey Rippon told the House of Commons “it is clear that we retain full jurisdiction of the whole of our coastal waters up to 12 miles”. The government lied. In effect they gave away all British fishing waters, up to 200 miles to control of the EEC. The world’s richest fishing waters had been signed away for nothing. The Norwegian people were not so stupid – their fisheries minister resigned and on 25 September 1972, the Norwegian people rejected entry in a referendum by 52.7% to 47.3.   At least they were offered a referendum. We were lied to and we never got a say.

The incredible thing is that the UK Parliament hadn’t even seen the treaty that Edward Heath would be signing on our behalf.

The Handover of Sovereignty

The biggest change, which went largely unnoticed and unchallenged, was that unprecedented powers were to be placed in the hands of unelected officials, both in Brussels and Whitehall, who are now in effect been given the right to make laws with only a semblance of democratic accountability.   The Labour leader Harold Wilson, was entirely opposed to this handover of power, but most of the conservative anti-marketeers voted with the government because they feared that the government would fall (again sound familiar?). Heath’s government won by 390 to 301.

The government still looked to be in trouble. But they got through it thanks to a secret arrangement between the Conservative whips and Labour pro-marketeers. A story which only came to light 20 years later. As Shirley Williams testified “People disappeared. They went to the films, they just didn’t show up, and so forth”. The Labour whip guaranteed that they would be just enough Labour abstentions to guarantee a government win in every vote.

(In my view the same thing is happening in the House of Commons – and Lords, today).

Below are a few articles from this weeks press which shed light on the situation:

The Australian points out that May’s Brexit capitulation is bad for trade deals with the likes of Australia.

Yanis Varoufakis, insightful as ever, point out in this article in The New Statesman, that the EU declared war and Theresa may meekly surrendered.

I’m not a big fan of conspiracy theorists, but given what we have read above, this claim from Patrick O’Flynn MEP, makes a lot of sense.

This wee video clip of Guy Verhofsdadt summarises where the EU is going (and has always been going – handing over national sovereignty to the centralised unelected technocrats).

Finally this article from The Spectator deals with the Project Fear myths which are becoming increasingly hysterical and alarmist.

“Even before it has taken place, the TV debate between Theresa May and Jeremy Corbyn has served a very useful public role: it has exposed the gaping, surely unprecedented chasm that now exists between the political elite and the public. For this debate about Brexit would be between two people who voted for Remain. Some are saying other political leaders should be included too: Nicola Sturgeon, Vince Cable, Caroline Lucas. Remain, Remain, Remain. Not a single party leader is in touch with public sentiment on the EU. Only about 25 per cent of MPs voted Leave; that falls to an extraordinary five per cent for Labour MPs. We know the result of the TV debate already: they don’t get us, they don’t represent us, and they don’t have any desire to act upon our vote of June 2016.”  Brendan O’Neill