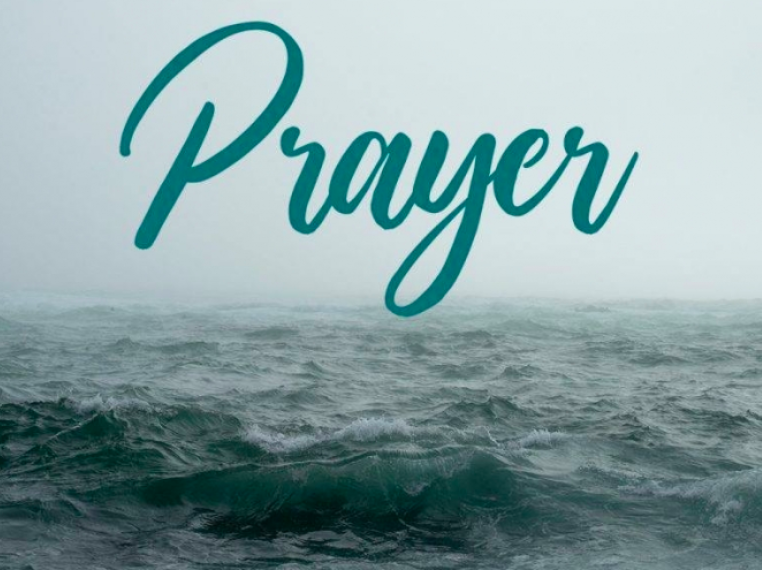 In the article on the State of the Nation  I mentioned John Owen’s discourse on this subject.  He goes on to say “We may do well, brothers, to consider the state of the church of God in the world, among ourselves, and our own conditions…How is it with the church of Christ in our nation?”

“There is a very great decay in all churches of Christ in the nation, especially among those of us who have had most peace, most prosperity.  That which we call zeal for God is almost quite lost among us.  Some of us have almost forgot whether there be such a thing as the cause of Christ and interest of Christ in the world. …..our primitive love, how it has decayed!

Many of us have bought into the spirit of the age of advertising – we tend to talk up our own work and far too often talk down others.  There is a spirit of competitiveness which is to say the least, unedifying.    I find that the church in Scotland is far too often parochial, petty and powerless.   Let me just cite some examples of what is going on – and these could be multiplied.

The Church of Scotland is in a state of freefall and I doubt, barring the most extraordinary resurrection since Lazurus, whether it can be revived or restored.  All the talk of evangelicals staying in to fight for the Gospel has, with the exception of a handful, long gone.  Instead evangelicals have largely become the most ardent defenders of the status quo.  Which is why the Establishment now feel quite comfortable with having evangelicals as moderators – the last thing evangelicals are going to do is rock the boat or challenge the system.   The radicalness of the Gospel has faded into the background and has been replaced with the parochialism and territorialism of the parish system.

For a long time the fact that the Church of Scotland was often the only show in town when it came to work in housing estates was the best reason for evangelicals to stay within the Kirk.  But now with the work of 20Schemes and even the Free Church (a little) doing great gospel work in our schemes that reason is less valid.  Which is why it is not surprising, although nonetheless still desperately sad, that the strongest opposition to these new works comes from some within the Church (although to be fair there are those who welcome it – I recall one minister asking me to come and plant a church in his parish!).  Rather than rejoice in new works going on in the schemes they are so insecure that they feel threatened.        I repeat again McCheyne’s dictum and plea when faced with a liberalism that denied the Gospel – lets commission people to go into all these areas and tell the people about Jesus.

“It is confessed that many of our ministers to not preach the gospel –
alas! Because they know it not. Yet they have complete control over their pulpit and may never suffer the truth to be heard there during their whole incumbency.
And yet our church consigns these parishes to their tender mercies for perhaps fifty years, without a sigh! Should not certain men be ordained as evangelists, with full power to preach in every pulpit of their district – faithful, judicious, lively preachers, who may go from parish to parish, and thus carry life into many a dead corner?”.

I don’t care two hoots about the sensitivities of the Church of Scotland (or indeed the Free Church or others – because we too can be a hinderance).  I care about the people in Scotland who have never heard the Gospel – in many cases BECAUSE of the C of S.   (and again I add the rider here that this is not true of all C of S’s – there is good work being done in some – work which we must support and encourage – I think for example of Downfield C of S in Dundee – now one of the liveliest and most fruitful churches – unless Presbytery gets in the way!).

Charismatics can be just as bad.   But instead of the parish system they have the ‘apostolic’ system.  I think of one man who came to plant a new church and was doing rather well.  He was summoned by two of the established charismatic leaders in the city and told he was to come under their ‘apostolic’ authority!   Pettiness, politics and parochialism is not just for Presbyterians – although we are very good at it!  But our charismatic brothers and sisters can teach us a thing or two.

Presbyterian Independency – When I began ministry in Scotland we had too many Presbyterian churches.  There was far too often the ridiculous sight of small Highland villages having not one, not two, not three but four small Presbyterian churches, all preaching the same Gospel, all holding to the same Confession of Faith.  Now over 30 years later we have less Christians and more Presbyterians denominations – the APC, the FCC, the IPC and now the Didasko Fellowship (which although it is not a ‘denomination’ officially still has its own presbytery and acts as one).  This time the divisions are not in Highland villages but in middle class areas of the cities and towns.  I can fully understand why people might not want to join the Free Church (historical suspicions, class snobbery and fear of Presbyterian bureaucracy) but I can’t understand setting up yet more denominations – it’s enough to turn one Catholic!   I am delighted that FIEC is growing and developing – so why can’t our independent Presbyterians just join with them, if it is too unpalatable to join one of the already established denominations?  The Free Church also needs to take a long hard look at ourselves – perhaps we are the primary reason for this lack of unity?  How welcoming have we been?  How open?  How defensive?

Free Church Pettiness – We are not free of any of the above.  In fact I think that there are systemic issues within the Free Church which will spread like a virus and kill us, unless we wake up, repent and deal with them.  Yes – again there are many good things ongoing but in my view there is a lack of coherent leadership and an unwillingness and inability to recognise the seriousness of the times in which we live – and our own poor state.  Owen speaks of the church officers that we not would decay in gifts and graces and would do our duty.  I think that applies to all of us.

Time does not permit me to tell of the Baptists, Scottish Episcopalians (with their own splits and compromises); the Pentecostals, Catholics or Independents.  But let me put it simply – none of us is in a healthy state.  Of course there are many individual situations for which we can be thankful and at times I feel there is a stirring and something in the air – which hints at better days.  But for that to happen we need to heed Owens call below:

Truly we have reasons to lift up our cry to God, that he would return and visit the churches, and pour out a new, fresh, reviving spirit upon them, that we fall not under the power of these decays till we come to formality, and God withdraws himself from us, and leave us; which he seems to be at the very point of doing.  Then brothers, let us remember our own church; that God would in an especial manner revive the spirit of life, power, and holiness among us”….

My fear is that we have swapped prayer and passion for politics and personalities.  I wrote about The Four Tribes of Evangelicalism  after the reaction to Bishop Curry’s non-sermon.  It depresses me that major magazines like Premier Christianity still portray Curry (he is on their front cover this month) and Steve Chalke as mainstream evangelicals – when their message is anti-Gospel.  When the trumpet blows an uncertain sound….

I realise that some reading this will feel it is overtly pessimistic and that I am just reverting out of frustration (and the dreich November weather) to my Jeremiah status.  I hope not (although Jeremiah was a good guy and was a prophet of the Lord!).   The biggest regrets I have had in my writings from the past is not that I have overstated the desperate nature of things, but rather that I have understated.  I am at a loss.  I don’t think strategies, re-organisation, mission statements, new techniques, more determination are the answer.   Nor do I absolve myself of responsibility – my own view is that the biggest problem in my own church is me.  Sometimes one’s own sin and inability overwhelm in such a way that if we did not believe in a God of grace and glory, we would give up.  But I do believe in Jesus.

Sometimes I am so desperate that the only thing I have left is prayer – but isn’t that where revival begins?  So tomorrow wherever you are – if you are a Christian – stop and cry to the Lord of Heaven and earth to have mercy and to pour out his Spirit on this dry and weary land.  As Owen ends his discourse….

“The Lord help us to know the plague of our own hearts, and to be enabled to plead with the Lord, upon this opportunity, for grace and mercy to help us in our time of need”

Ps.  My biggest fear in writing this is that people will read it, identify their own tribe, perceive that it is being attacked…and take offence.  How can we ever repent with such sensitivities and attitudes?  I don’t mean to cause offence – but have we really reached a stage in the evangelical church where because we fear causing offence, nothing can be said?

PPS.  The verse that prompted me to write this was 1 Peter 4:17 “ For it is time for judgment to begin with God’s household; and if it begins with us, what will the outcome be for those who do not obey the gospel of God?