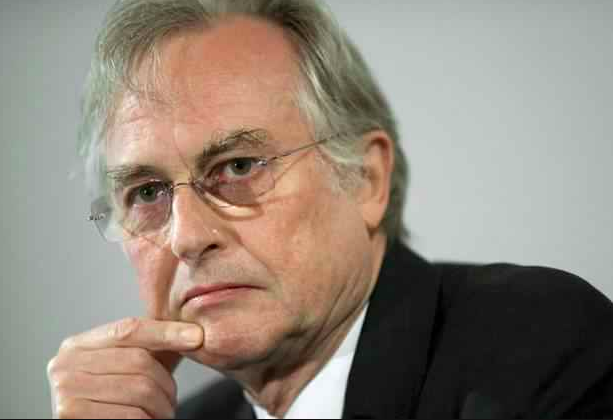 Richard Dawkins is reigniting his career as an atheist cacangelist.   What you may ask is a cacangelist?  Its a new word (I think) which should not be added to our dictionary.   The word evangelist comes from the Greek – meaning the messenger of good news.  I have often described Richard Dawkins as an atheist evangelist…but it doesn’t really work because atheism has no good news.  So since the word ‘cac’ means bad (in English it has a similar more rough but equally appropriate meaning)…it seems to me that cacangelist (messenger of bad news) fits Dawkins and his like perfectly….there is no God, there is no good and evil in the universe, there is no purpose…and if you get cancer etc thats just your bad luck…You are a blob of carbon going from one meaningless existence to another.

Richard Dawkins is in the process of bringing out a childrens book seeking to indoctrinate children into his faith.  This brought to mind an article I wrote before ‘the wee flea’ days which was published in EA in 2012.  Versions of which also appeared in The Scotsman and Desiring God.

The New Atheism – A Publishing Phenomena.

If God died in the 1960’s then someone forgot to tell the British publishing industry. Books about God have been the surprise bestselling phenomena of the past 18 months. There is no doubt that the books are in general well written, entertaining and informative. They are written in a populist style about subjects which most people would consider important and interesting. Little wonder that they have proved a hit. Yet there are other reasons why they have hit the spot.

The first is fear. People are afraid of religion. Dawkins, Hitchins, Harris et al love to warn us that the religious are going to bomb us, take us back to the Dark Ages and abuse our children.

Another reason for the popularity of these works is that they appeal to the prejudices of their readers. Prejudices such as all religions are essentially the same and that therefore what can be said about one must apply to the others. The illogicality of that should be obvious – but sadly when it comes to matters of religious belief logic often seems to be thrown out of the window. Most people who read these books are delighted with them, not because they challenge pre-existing beliefs, but rather because they reinforce them. The books are read with all the delight of a believer reading Holy Writ, one can almost hear the Amens and Hallelujahs being shouted across Atheist living rooms and media outlets!

In addition, whilst making some clear and reasonable criticisms of religion, criticisms which religious people have to face up to and indeed have been doing so for centuries, the New Atheist authors are able to get away with their sweeping generalisations, ad hominem arguments and simplistic philosophy because they are largely appealing to people’s ignorance.  In a world where thanks to Google and Wikipedia, everyone has instant ‘knowledge’ to suit their own prejudices, it is easy for the wisdom of previous ages and of those who have studied and thought about these issues for many years, to be dismissed as irrelevant and meaningless.   Thus our New Atheist writers are able to dismiss all theology as useless as a chocolate teapot. They know that we largely live in an ahistorical society where despite the interest in genealogy people are rooted in the here and now and are largely ignorant of the past, thus enabling the New Atheists to make sweeping historical generalisations which they will never be challenged on.

The New Atheists generally do not debate – they shout. They know that they are right and that their position is the reasonable and intelligent one, therefore everyone who disagrees with them is ipso facto not intelligent enough to debate with. If anyone doubts the crypto–religious nature of the New Atheism just pay a visit to the Dawkins website, complete with its testimonies and ‘converts corner’. Try challenging atheist doctrine and you will soon find yourself on the receiving end of abuse normally reserved for heretics by the most extremist religious cults.

This lack of debate is exacerbated when the other point of view is almost never carried in the secular media. Of course occasional critical columns or comments are offered, but these are usually about style rather than substance. The British Media no more ‘does’ religion, than do British politicians.   And to some extent the Church in Britain is to blame for this – divided, defensive and dumbed down, it has created a ghetto mentality and a Christian market, with the result that any attempt to break out of that is met by defeatism at home, and derision abroad.

The New Atheist movement may be a publishing phenomena but it is also a political movement and as such carries all the dangers of fundamentalist involvement in politics. Should we be worried? Yes. When fear, prejudice and ignorance are used to influence politics and stifle debate, then all those who want an open and tolerant society should be warned. Atheist fundamentalism may prove to be just as potent, intolerant and dangerous a force in British society as any religious fundamentalism.