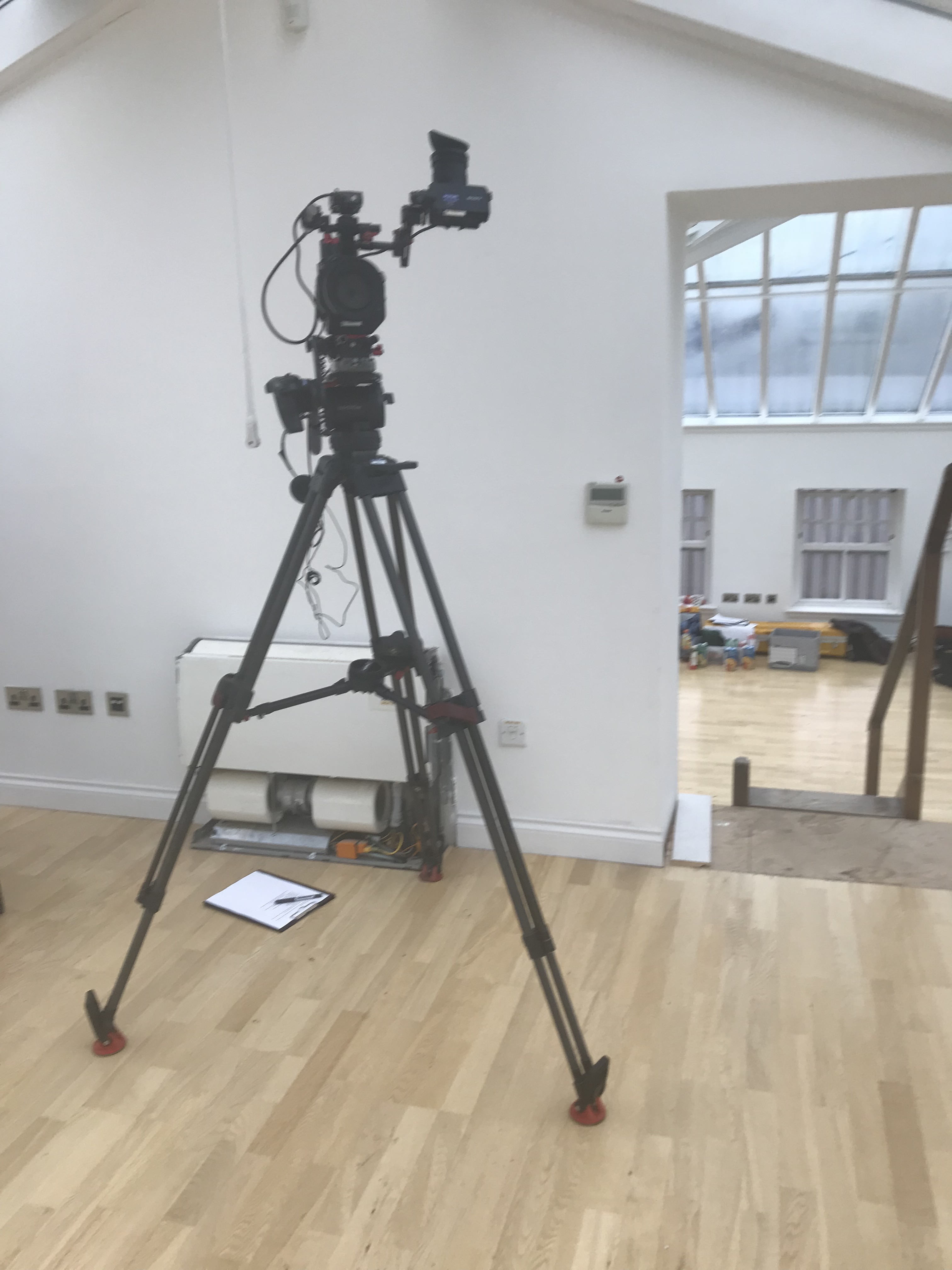 It seemed a strange request.   Can you come through to Glasgow to record a documentary with us on gender?  There was nothing more specific…who would I be recording it with? Is it about male/female or transgender?  What was the format?     The answers were,to say the least, vague.  I was told that we would be there for four hours, that my ‘opposite’ would not be named until I met them…and that the whole programme would only last 4 minutes.

So it was with a great deal of trepidation that I found myself on the overcrowded train to Glasgow early this morning.  Could I trust this production company to take hours of recording and distill it into four minutes without distorting the message?  Why was I not being told my opponent?  I assumed that it would be transgender and did I really want to put my head in that particular noose again?   Why are you doing this, you fool?”, was my thought as we neared Glasgow….and then my McCheyne reading was Galatians 2  –

I have been crucified with Christ and I no longer live, but Christ lives in me. The life I now live in the body, I live by faith in the Son of God, who loved med and gave himself for me. (Galatians 2:20).

The Lions Den is fine…if Christ is with you.

As I got off the train a young man approached me and introduced himself as a brother from Hebron church in Aberdeen, heading to Cornhill in the Tron.  He expressed appreciation for the work we are involved in.   The Lord has many people yet in this city!
The taxi driver the production company had sent was as grumpy and dreich as the Glasgow rain.  He didn’t even know where we are going.  So much for the stereotype of the friendly Glaswegian. – this guy could have been from Edinburgh!

The production company was situated in an old factory.   I was impressed with the people I met and found the atmosphere and ethos to be warm and welcoming.  I was a little amused to read the disclaimer I signed which went into some detail about their diversity policy – the office was largely white, young women! But I guess thats not what they were meaning by diversity.  I loved the Hilary Clinton calendar.
“We are monitoring diversity on UK television….We also collect information on how viewers might perceive diversity on screen”I suspect that does not include all diversity!
And then upstairs to the recording.  Firstly a recorded interview and then into the set where two chairs were placed knee to knee.  The idea of the programme is to sit two people of opposing views opposite each other – get them to have a drink, talk about themselves and then move on to the meat of the interview – the subject.  I was not surprised when my fellow participant, Victor, walked in.  I recognised him as this young person.

What followed was fascinating…I have no idea how the programme will turn out – that will be entirely up to the editor but I was left with the following emotions:

Disgusted….at the way that some ‘religious; people had abused and treated Victor.  There is no excuse for that.  Mocking, abusive, contempt is  contemptible and should never be used by any one who follows Christ.  What intrigued me was that according to Victor he had until today never met a religious person who really believed. Thats why I was….

Depressed...at the messed up. confused and hellish mess that our culture is in.  Queer theory is wrecking people’s lives.   Victor became famous because she identified as non-binary.  Now he rejects the non-binary label and says he is male (whilst at the same time refusing to allow the possibility of change! )  I won’t say more about what was said other that it was clear that both Victor and I both regarded gender as fixed.  Victor thought it was fixed in the mind and that the biology should be changed to fit with what the mind feels.  I think that gender (although not all expressions of gender) is biological and it is the mind, not the body, that needs changed!   To Victor that is impossible.  For the Christian we know that everyone needs changed – to be reborn, have a new heart and a renewed mind.  That is a miracle but it does happen – through the rebirth and regeneration worked by the Holy Spirit in the Gospel.  And so I was…

Delighted...to be able to speak of a greater identity than gender.  When you set the story in the midst of a bigger picture – The Big Story what a difference that makes.  I very much enjoyed meeting Victor and I hope we will meet again to continue the conversation.  Victor is a human being, made in the image of God.  I encouraged him to look beyond gender for his happiness and fulfillment. I pray for him…

I have no idea how the programme will turn out…but I do know that this was a worthwhile interaction and will I hope be beneficial to Victor and to all those involved and all who watch.    We will see if the Trans Thought Police even let it happen!