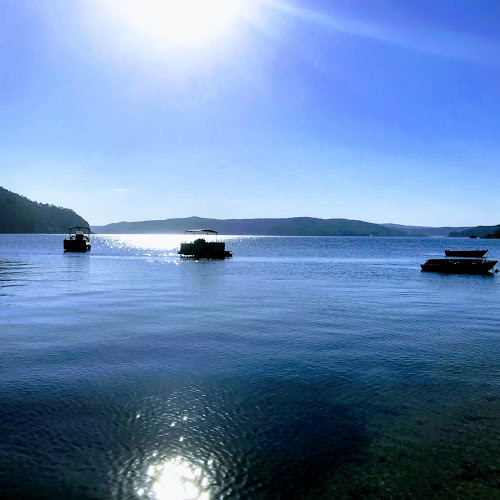 This is the last of my Premier ‘Thought for the Day’ in which we look at the Second Coming and the End of the World, Heaven and Hell …enjoy..

This was based on chapter 10 of Magnificent Obsession.   Here are some of the quotes used in that chapter.

“No fire, no heroism, no intensity of thought or feeling, can preserve a life beyond the grave…all the labours of the ages, all the devotion, all the inspiration, all the noonday brightness of human genius, are destined to extinction in the vast death of the solar system; and the whole temple of man’s achievement must inevitably be buried beneath the debris of a universe in ruins.” Bertrand Russell describes his ‘unyielding despair’ when contemplating the death of the universe.

Augustine recognised this when he wrote in The City of God about such people who demand absolute proof of everything “Mighty reasoners, indeed, who are competent to give the reason of all the marvels that exist!” (Nicene Vol II p.456).

I will leave it to Justin Martyr, the early Church apologist to summarise Christian teaching about the end of the world. “He shall come from heaven with glory, accompanied by his angelic host, when also He shall raise the bodies of all men who have lived, and shall clothe those of the worthy with immortality, and shall send those of the wicked, endued with eternal sensibility, into everlasting fire with the wicked devils.” (First Apology – p.180).

So spake the Son, and into terrour changed His countenance too severe to be beheld, And full of wrath bent on his enemies John Milton – Paradise Lost Book VI.

“The Son of Man will send his angels, and they will collect out of his kingdom all causes of sin and all evildoers, and they will throw them into the furnace of fire, where there will be weeping and gnashing of teeth. Then the righteous will shine like the sun in the kingdom of their Father” (Matthew 13:41-43). “When the Son of Man comes in his glory, and all the angels with him, then he will sit on the throne of his glory. All the nations will be gathered before him, and he will separate people one from another as a shepherd separates the sheep from the goats . . . And these will go away into eternal punishment, but the righteous into eternal life” (Matthew 25:31-46)?  Matthew 13:42, “And shall cast them into a furnace of fire: there shall be wailing and gnashing of teeth.” Matthew 25:41″Depart from me, you cursed, into everlasting fire . . .” In Mark 9:46, Jesus speaks about Hell: “Where their worm does not die and the fire is not quenched.”

For me CS Lewis has been a great help in trying to understand something of heaven and Hell. The Great Divorce is a fascinating book with lots of wonderful insights (and some things I am not too sure about). I think the following two quotes express much better than I can, what I was trying to say earlier about people ultimately choosing Hell – “There are only two kinds of people in the end: those who say to God, “Thy will be done,” and those to whom God says, in the end, “Thy will be done.” All that are in Hell, choose it. Without that self-choice there could be no Hell. No soul that seriously and constantly desires joy will ever miss it. Those who seek find. Those who knock it is opened. ” “The choice of every lost soul can be expressed in the words “Better to reign in Hell than serve in Heaven.”

I don’t know a better description of heaven than the latter part of Lewis’s conclusion to the Narnia tales, The Last Battle. “It was the unicorn who summed up what everyone was feeling. He stamped his right fore-hoof on the ground and neighed, and then cried: I have come home at last! This is my real country! I belong here. This is the land I have been looking for all my life, though I never knew it till now. The reason why we loved the old Narnia is that it sometimes looked a little like this. Bree-heehee! Come farther up, come farther in!” (The Last Battle, Kindle edition, p.228)

What all of this has to do with Jesus is this. What makes heaven heaven, is the presence of the Lamb. It is Christ who is the joy, light and life of heaven. We now understand that Jesus himself is ‘heaven’ in the deepest and truest sense of the word – he in whom and through whom God’s will is done” Pope Benedict (p.151).

Bertrand Russell expressed it starkly – “No fire, no heroism, no intensity of thought or feeling, can preserve a life beyond the grave…all the labours of the ages, all the devotion, all the inspiration, all the noonday brightness of human genius, are destined to extinction in the vast death of the solar system; and the whole temple of man’s achievement must inevitably be buried beneath the debris of a universe in ruins.” We are a blob of carbon floating from one meaningless existence to another.

Annie Lennox singing Out of The West was used at the funeral of a young man who Magnificent Obsession was dedicated to – David Jack.    It is the song at the end of the last of the trilogy and accompanies the ship sailing into the West. It represents death. And hope. Beautifully phrased and sung. Little wonder that there was not a dry eye in the house.

Lay down Your sweet and weary head Night is falling You have come to journey’s end Sleep now And dream of the ones who came before They are calling From across a distant shore Why do you weep? What are these tears upon your face? Soon you will see All of your fears will pass away Safe in my arms You’re only sleeping What can you see On the horizon? Why do the white gulls call? Across the sea A pale moon rises The ships have come to carry you home And all will turn To silver glass A light on the water All Souls pass Hope fades Into the world of night Through shadows falling Out of memory and time Don’t say We have come now to the end White shores are calling You and I will meet again And you’ll be here in my arms Just sleeping

Whilst we are on the Lord of the Rings – perhaps the following quote encapsulates the Christian hope of heaven. “Gandalf! I thought you were dead! But then I thought I was dead myself. Is everything sad going to come untrue? What’s happened to the world?” A great Shadow has departed,” said Gandalf, and then he laughed and the sound was like music, or like water in a parched land; and as he listened the thought came to Sam that he had not heard laughter, the pure sound of merriment, for days upon days without count.”

The Witness of the Church – Premier Thought for the Day 9