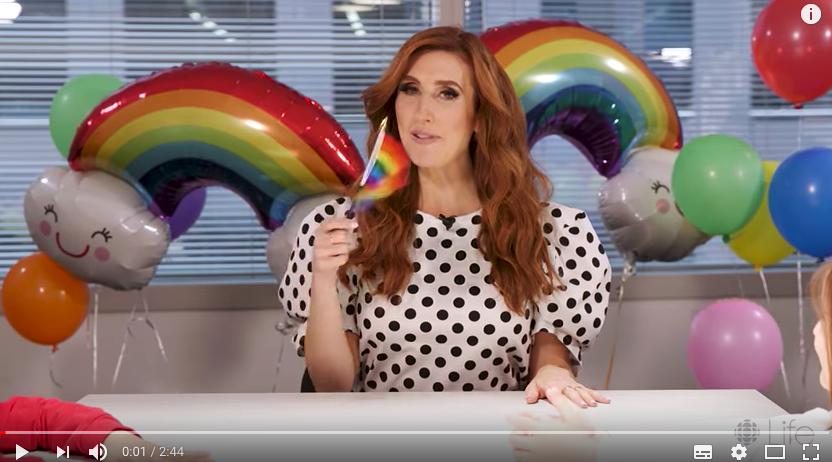 There are a number of stories that have come up which show just how far down the rabbit hole to cultural madness we have gone.  I will leave the ones from Australia for another time – but here are a few from the rest of the English speaking West…..

2/.  NHS Boss thinks its great that nearly 2 million people might want to change their gender – According to the Daily Telegraph  the medical director for specialist services in

the NHS expects the demand for transgender operations to increase because the NHS are now providing the service.  He apparently thinks this is a good thing – “”It’s got to be a good thing is that there are people out there that want to explore their gender. The fact that it’s in the younger age group has got to be a good thing.”.  Just why it HAS to be a good thing – he doesn’t say.   On the other hand we do know that it is going to cost the NHS millions – catering to a psychological illness/political ideology which has no substantive basis in either medicine or science.  But hey – we all know the NHS has got money to burn and no patient will suffer because of this misuse of resources.

3. Meanwhile in the Regime that Scotland is becoming, some headteachers are falling

over themselves to prove just how PC and with it they are.  In my own city of Dundee a Primary School has been the first to get an LGBTI silver star for being LGBTI ‘friendly’.  The Scottish government so distrusts all its MSPs that they all have to undergo training to prevent sexual harrassment!  And in Inverness a headteacher has banned boys and girls only races in Primary sports – after receiving guidelines from Highland Regional Council on how to be trans friendly.   Yep you read it right.  Now boys and girls have to compete together (I told you this would really damage women’s sport!)….Maybe next in the name of equality we should issue puberty blockers for everyone – so we can all be equal!  Even the LGBTI spokesperson found it strange –

Morgan Cowley, former chairman of the Highland LGBTI forum which campaigns for the fair treatment of all LGBTI people, said: ‘I think introducing non-gender specific sports days into schools is rather a clumsy way of trying to address the crux of the matter within our schools, which is promoting respect for one another and celebrating difference.

‘There are undoubtedly more astute ways of doing this and what Merkinch Primary is doing seems to be increasing conflict rather than reducing it.

‘Trying to promote nongender specific sports into schools at this point in our society’s development, when the whole world celebrates and enjoys gender-specific sport at the highest levels, seems a hard sell.’

5. Finally I was sent this clip – which I honestly thought was a spoof – but having done some checking – this is for real.  Canada is probably at the bottom of the pit (and this is from The Pit)  when it comes to madness…this one will be hard to beat – but doubtless by next week someone will have managed to go even lower!  Remember when we were ridiculed and abused for saying that the removal of section 28 would lead to children being indoctrinated into gay ideology?  What do you call this?

Immediately after writing this I came across this from the Telegraph   “Emmerdale introduces first transgender character: Hannah Barton returns as Matty” – The indoctrination continues.

Ps. Since writing this I have been sent by several people this  letter from the headmistress of the Markinch school .  It certainly puts a different perspective – or does it?  Whilst there is indignation I’m not precisely sure what is being denied….