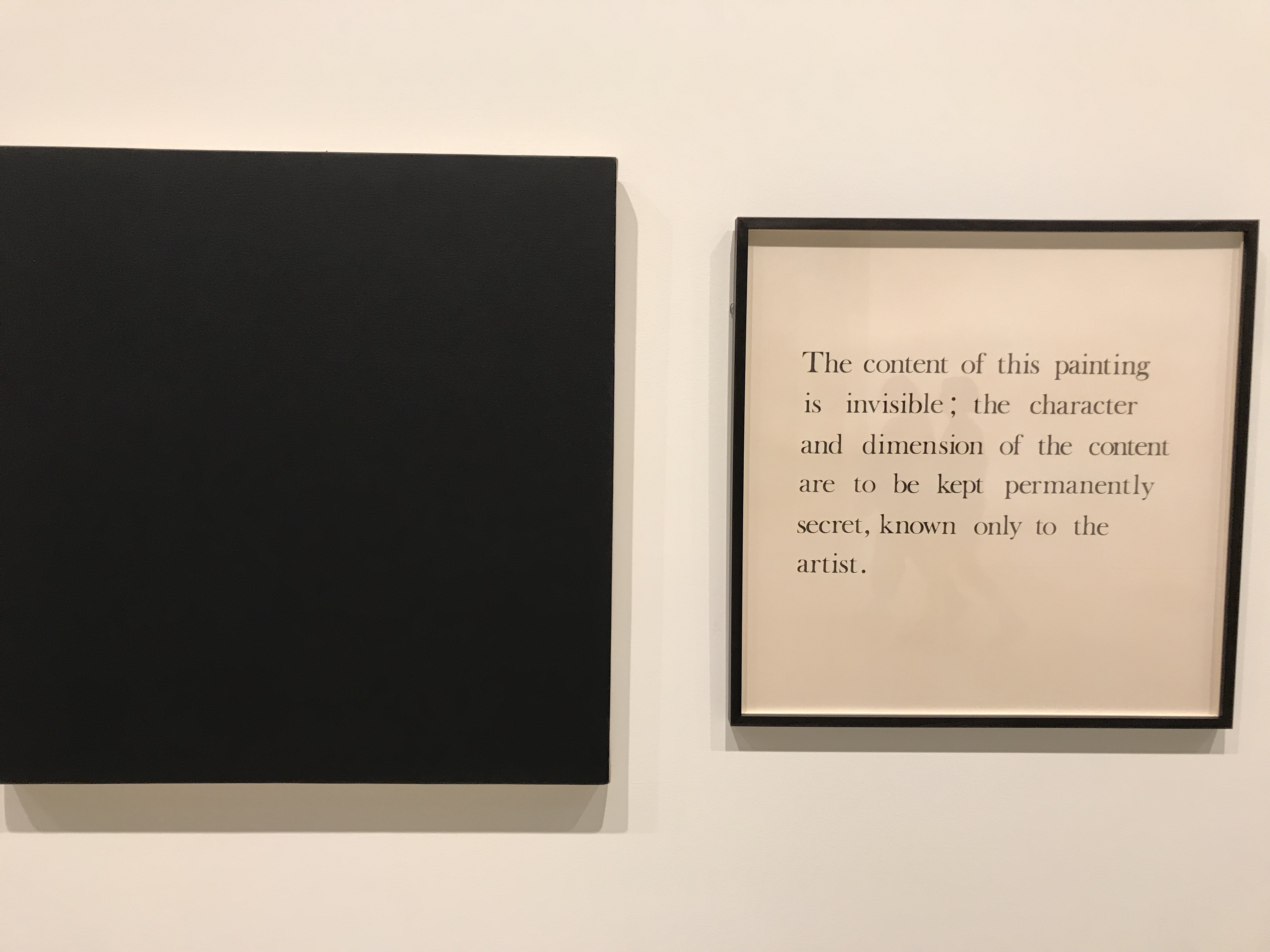 I love going to art galleries and our trip to the New South Wales Gallery near the Botanical gardens was no exception.  We saw some great paintings in the European and traditional Australian galleries – as well as some in the Asian.  And then….

Art galleries give us a real sense of where a culture has come from and where it is at.  What does it value?  So follow me through a few photos that I took of some of the paintings. First this was our route to the gallery – past St Mary’s and the fountain beside it…a good start.  Beautiful, artistic and speaking of a greater beauty.

Then we went into the gallery itself.

I loved all the above…but then it began to go wrong when we went to the contemporary art.

This work of ‘art’ was by the British artist, Bob Law, who apparently was a champion of British minimal art.  Apparently he has several paintings in galleries throughout the world – of various kinds of black. Personally I think the man was a genius -persuading foundations and art galleries to pay him a fortune for putting black paint on a canvas and claiming it is art. I suppose it is – of a kind – scam art.  But that was nothing compared to what was to come – have a look at this.  And wonder!

This is the absolute best illustration of the Emperor’s New Clothes that I have ever seen.  The great and good of the land were persuaded to part with their money by an artist who sold them an invisible painting!  Someone I think it is an apposite image for much of contemporary culture! Money for nothing.

And then on the way out (we had to leave early because some French artist called Macron was coming to visit and apparently required the galleries to be cleared and lots of armed police to be around….) we saw this…

Such brave and revolutionary art!  What courage and radicalism!  I’m sure that further into this room there would be a similar portrait of Mohammed – who knows many a Danish cartoon?!

As we left I noticed this statue of Rabbie Burns and his words came to mind.  “Oh that God would gie us, the gift to see ourselves as others see us”.  Western society (including Australia) has a great heritage – including art.  But we are in danger of squandering it all for invisible paintings, colourless art and a mind numbing stupidity and cowardice which only serves to illustrate how much we are regressing rather than progressing.

Walking home past St Mary’s reminded me that there is a greater grandeur, beauty and love…which all true art points to and reflects.