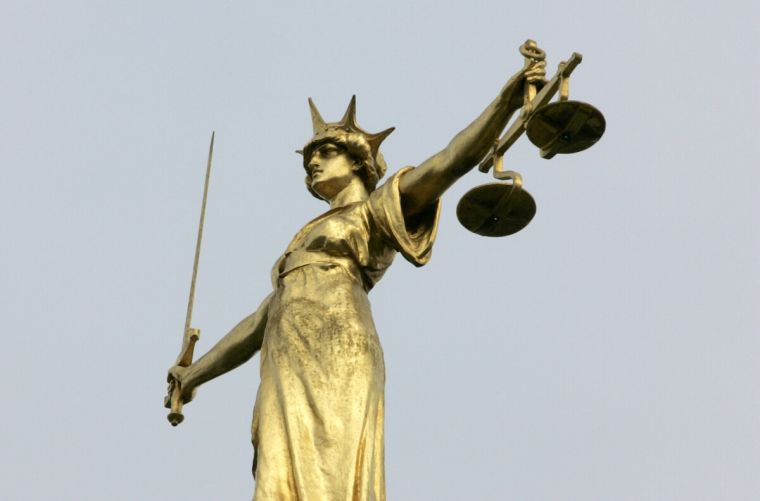 (This article was first published on the Christian Today website – here)

You would think that having tried to understand the difficult question of how to live in a corrupt society Solomon would have had enough. But no – now he goes on to ‘apply his mind to everything that happens under the sun’ (Ecclesiastes 8:9-17). How did it go for him?

He saw the wicked buried. In this he is not gloating but complaining about injustice. A proper burial was considered part of honourable treatment in Israel. It is unfair that the wicked are given honour and praised in burial (ever notice how in today’s world everyone is a hero and a good person at their own funeral?).

Injustice is awful. According to famous trial lawyer F Lee Bailey, ‘In America, an acquittal doesn’t mean you’re innocent; it means you beat the rap.’ His definition is a bit cynical, but poet Robert Frost defined a jury as ’12 persons chosen to decide who has the better lawyer’.

Without the prospect of real justice, people think they can continue just as they want. ‘They will say, “Where is this ‘coming’ he promised? Ever since our fathers died, everything goes on as it has since the beginning of creation.”‘ (2 Peter 3:4). If there are injustices that are not dealt with,people think they can get away with it. God appears to be indifferent, impotent or showing favouritism.

The problem according to Solomon is quite clearly the human heart. The more we get away with things the more our hearts will be filled with wickedness. So his conclusion is that human beings are limited in power and wicked.

Solomon is not saying that ignorance is bliss. He is saying that you don’t begin to know until you realise that you do not know. A confession of ignorance is the first step toward true knowledge: ‘And if anyone thinks that he knows anything, he knows nothing yet as he ought to know’ (1 Corinthian 8:2). The person who wants to learn God’s truth must possess honesty and humility. The philosopher Alfred North Whitehead said: ‘Not ignorance, but ignorance of ignorance, is the death of knowledge.’ It is not good for us not to know our own evil – but it is equally not good to know our own evil without knowing God. Take your time with that one!

It is only when we bring God into the equation that we begin to get the bigger picture. Compare and contrast. Our will is limited – his is not. Our heart is evil – his is pure goodness. Our mind and understanding is finite. His is not. So we look to Jesus in order to answer the question of injustice. What will God do about it?

There is a day of justice. Solomon talks about the lengthening of the shadow, perhaps pointing to the shadow of death or what comes afterwards – blackest darkness: ‘They are wild waves of the sea, foaming up their shame; wandering stars, for whom blackest darkness has been reserved for ever’ (Jude 13).

The sinner’s evil may be great but the vindication of the righteous is only a matter of time.

But what about now?

In verse 14 Solomon restates the problem. Retribution and reward are totally reversed. It seems as though the righteous perish, and the wicked prosper. This is what makes life meaningless. Its not enough just to say that its ‘luck’ or ‘karma’. Without God we end up with sleepless nights and restless days.

But we need to learn how to be content not to know everything. Hard work (toil), seeking and skill or experience will not unravel the mystery. We can claim to know too much. Having begun with applying his mind to understand everything Solomon ends with, ‘That just gives me a headache and sleepless nights!’ ‘No one can comprehend what goes on under the sun. Despite all their efforts to search it out, no one can discover its meaning. Even if the wise claim they know, they cannot really comprehend it.’

So how can we find meaning and contentment? Just make up our own? Or discover the secret that Paul found: ‘I have learned the secret of being content in any and every situation, whether well fed or hungry, whether living in plenty or in want’ (Philippians 4:12). What is that secret? ‘I can do all this through him who gives me strength.’ In other words, Paul is answering Solomon’s question. You cannot comprehend or know everything in this world. You can only begin to comprehend what you don’t know! But you can come to know the one who is ‘the Wisdom of God’ and it is in knowing him that you will find peace and contentment for your restless mind.

Ecclesiastes 8 – How to Live in a Corrupt Society