Society is awash with hatred, but love is stronger

A strong contender for word of the year for 2018 is already ‘hate’. Every day we hear about hate speech, hate groups and numerous slogans along the line of ‘love trumps hate’.

In this regard I was intrigued by a proposal from the city of Hamilton in Canada to ban ‘hate groups’. The trouble is how one defines a hate group. The way that the term is being used by some of the more powerful groups in our increasingly illiberal society means there is a danger it will act more as an instrument to promote hate rather than to prevent it.

The relationship between love and hate is very close. One of the observations I would make is the way so many people use ‘love’ as a badge that justifies their hatred. Go on an anti-hate march and feel the hate! Dare to question any of the current shibboleths in our culture and watch how the online mob expresses their hate for you, in the name of love.

We can learn from George Orwell, who in his prophetic novel 1984 – in an analysis of which Freud would have been proud – wrote of the usefulness of group hate to those who wished to use it to protect and enhance their own power. Hate is powerful.

He spoke of the ‘Two Minutes Hate’ which was a collective event on behalf of Big Brother. In a brilliant passage Orwell describes how it was impossible to avoid joining in the ecstasy of hatred and fear, resulting in a desire to kill, torture and smash faces with a hammer. He saw this as a group thing that was at the same time an abstract emotion which could easily be switched from one object to another.

Orwell goes on to describe the Two Minutes Hate as an escape route for the citizens’ suppressed anxiety and anger at their own wretched existence. The government is able to turn these subconscious feelings away from itself to the Other; the enemy – an enemy that may not even exist. The Two Minutes Hate becomes an annual week long hate festival. Love is hate. Hate is love.

We can see how this works out in our culture. There are so many examples. In recent weeks I have come across those who hate the Jews, because they are in their eyes, responsible for everything from the financial crash to the trouble in the Middle East.

In my own country, Scotland, it is all to easy for the Scottish Nationalists to hate ‘Tories’ for any and everything; and just as easy for Tories to hate the Nationalists for all the woes of society. We can hate immigrants, or hate those who hate immigrants. We can hate those of a different race, culture, skin colour, gender, sexual orientation, social class etc. Such hatred usually breeds hatred – in an ever-increasing spiral of hate. In today’s society, the advent of social media makes it much easier to generate group hatred.

Freud had a good insight into the hate mob mentality. ‘

It is always possible to bind together a considerable number of people in love, so long as there are other people left over to receive the manifestations of their aggressiveness,’ he said in Civilisation and its Discontents.

‘We love EU’ cry some who are keen to remain in the EU (as an aside, I am utterly perplexed by this almost cult-like devotion to a political institution) before then going on to hate those they label Brexiteers who are apparently responsible for everything from the increasing price of bread to the Russian poisoning. ‘We love the UK,’ say some of those who want to leave the EU, before going on to hate those they call Remoaners and blaming them for betraying the country or causing the country to be overrun by foreigners.

The complex debate about those who suffer from Gender Identity Disorder and whether we should teach children the Queer Theory doctrine that gender is just a social construct, is another example of how this works. I recently critiqued this theory and was met with a wave of abuse from those who say they are arguing for love. Clergymen signaled their virtue with meaningless pietistic waffle; the Scottish government said my language in disagreeing with their doctrine was ‘unacceptable’; political parties made all the right noises about love; and so the hate mail began. The leaders had spoken. The mob now had permission to hate.

The trouble is that we can all try to appear good by saying we hate the bad things. But is it just a mask for a different kind of hatred?

It would appear that some ‘Christian’ groups are in danger of operating on this same Freudian principle. In the name of the love of God, we project fear and hatred of those we disagree with. We become afraid of homosexuals, trans people, Muslims, atheists – anyone who is not part of our group. If we profess to be Christians, followers of Christ, we must follow his radically different approach.

‘But love your enemies, do good to them, and lend to them without expecting to get anything back. Then your reward will be great, and you will be children of the Most High, because he is kind to the ungrateful and wicked’ (Luke 6:35).

We are to love our enemies. The Bible makes it clear that this love is not just sentiment or fine words. It is not simply stating that we agree with them when we don’t, or under the guise of appearing to be tolerant, adopting a laissez faire attitude, with a shrug of the shoulders. Loving our enemies means action. It is doing good to those who hate us; lending to those who would steal from us; speaking kindly to those who would abuse us. Instead of banning the ‘haters’ from the park, it is inviting them in for a picnic.

This is an impossibly high standard – so much so that the late Christopher Hitchens called it a stupid and evil doctrine. I think it is probably the most radical doctrine in the whole world – and the most difficult to put into practice. At least for me. 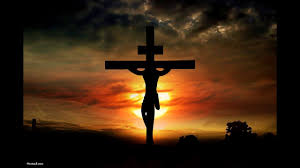 The only way that it can possibly be put into practice is with the power coming from the one who showed us what it really meant. ‘But God demonstrates his own love for us in this: While we were still sinners, Christ died for us’ (Romans 5:8). We are the followers of the Christ who died for his enemies and of the Father who makes his sun shine on the just and on the unjust. It is only the power of that love which can overcome the power of hate.