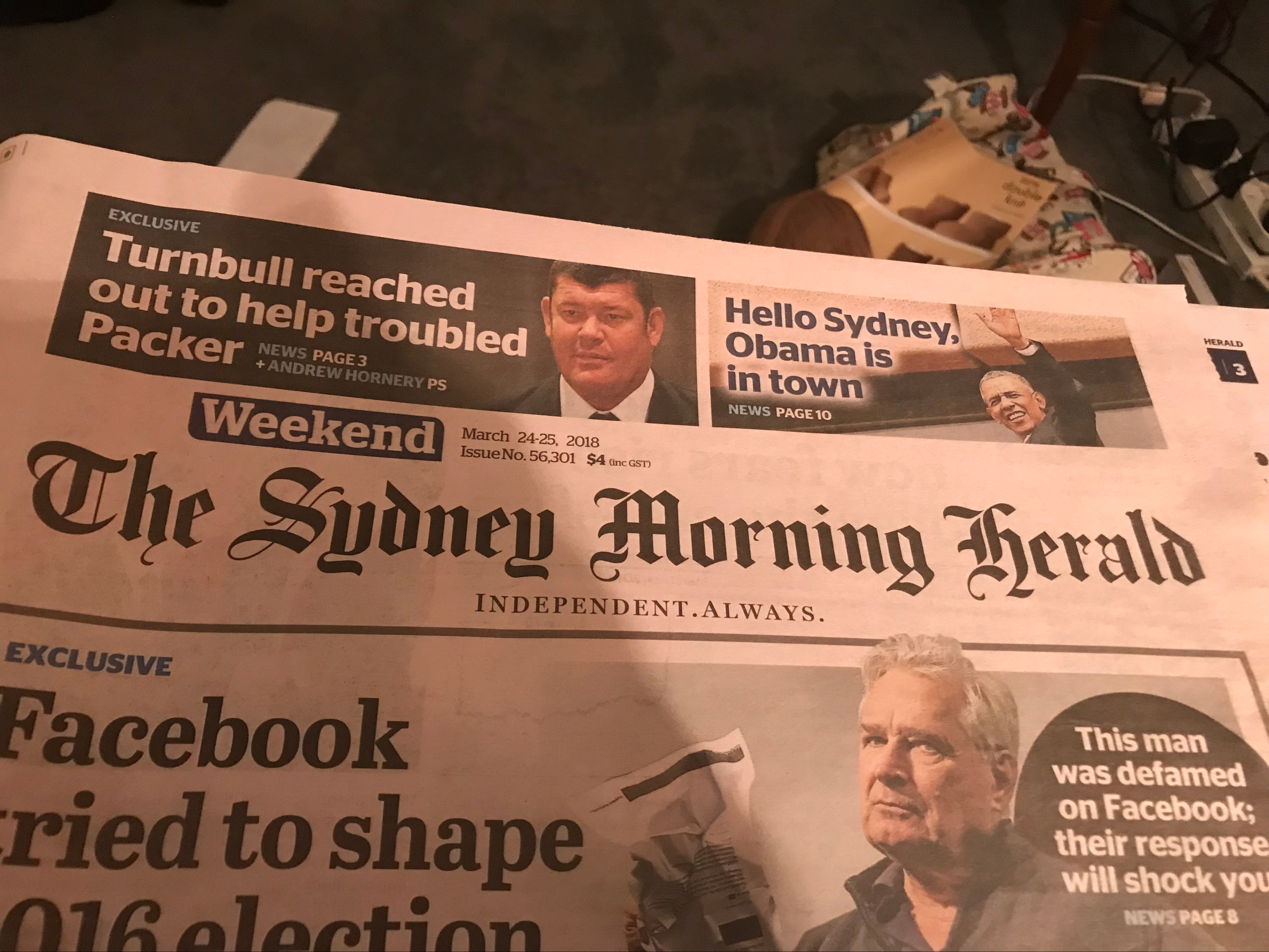 I’m completely fascinated by people and cultures everywhere I go – for me it is part of the incredible diversity and equality with which God has endowed humanity. Made in His image we find ways of expressing creativity, beauty and love- in every culture.   Ruined by the Fall, we find ways of distorting and perverting that image – in every culture. Australia is no different.

Over the next few weeks whilst I am on sabbatical in Australia I will try to write a wee piece with my cultural and ecclesiastical observations…both what I observe and what I read and see as to how Australians observe the rest of the world. Obviously my observations are limited and just simply observations.   If you are one of the many Aussies who read this please don’t be upset if I get things wrong (which I will!) and please feel free to enlighten me further in antipodean ways.   For what its worth, apart from conversations and meeting people (by far the best way to get a sense of the culture – my sources include books, Australian TV and radio and the Sydney Morning Herald.

Lets begin with the latter.

Observation 1 – The Sydney Morning Herald is not Independent. I love the fact that their headline claims “Independent. Always.”   But independent of what? Although I really like the newspaper (except on the weekdays it’s a bit thin) I know what its take on most issues is going to be. It is totally dependent on ‘progressive liberalism’ and doesn’t really differ from the party line at all. Independent? I don’t think so.

Observation 2 – Australia, at least in the cities, is moving from being a European to an Asian culture.  I’m sure this is not as strong in the rest of the country as in Sydney and the other major cities…and it may just be that we are staying in a suburb –

Artarmon, Chatswood, – which has a large Asian population (Korean, Japanese and Malaysian as well); but Asian culture is a growing influence in Australian life and not just in the food. I go to write in Chatswood library – when I was there on Friday every single person sitting and working, apart from myself, was Chinese or Korean origin (Mandarin seemed to be the main language and there were plenty of Korean books) – mostly younger people. The only white Australians were a couple who were sitting flicking through magazines. I admired the Asian young people for their diligence and hardwork. I wonder how many Scottish students would leave school and head to the library to do extra work (I should add that the public library facilities here are excellent).

I think the Asians are a great addition to Australia (they are Australians of an Asian origin, just as most whites are Australians of a European origin) and are probably changing it for the better, but there will be a clash of cultures. Saturdays Sydney Morning Herald – had the front page headline “PM signals crackdown on Chinese phone giants”. As President Xi Jinping continues his increasing takeover of all Chinese state institutions, including the media – there will be further conflicts – as he seeks also to control Chinese people and interests overseas – this will have an impact on Australian. I note also that the President of Malaysia has said that the time for Australia joining ASEAN is not yet, it may well come. Although he made clear he still regarded Australia as European rather than Asian.

here is that the young Australian bowler, Cameron Bancroft, tampered with the ball in the current test series against South Africa. That has gone on in cricket from time immemorial, but this time the captain Steve Smith confessed that he knew about it beforehand. In other words Australia cheated. This is a scandal that will reverberate.   As Malcolm Turnbull the PM stated: “”I am shocked and bitterly disappointed by the news from South Africa,” he said. “It seems beyond belief the Australian cricket team have been involved in cheating.

“After all our cricketers are role models and cricket is synonymous with fair player. how can our team be engaged in cheating like this? It beggars belief.”

Observation 4 – Australian TV is rubbish.  Admittedly we only get a few mainline channels in our wee home, but what we have seen so far is not encouraging. It may be hard to believe but it is actually worse than most British TV. Reality TV and crass, unfunny comedy shows seem to be the staple diet, plus reruns of American shows, sport and Graham Norton. (Again I confess there is not a lot we have watched, but this is mainline stuff on at prime time). Shows like ‘Married at First Sight” and “Single in Paradise” are very popular and revealing. But what they reveal about Australian popular culture is pretty depressing – shallow, materialistic and dumbed down. Perhaps the Australia celebrity elites need a doze of Ecclesiastes?!Which is Better? A Party or a Funeral? Ecclesiastes 7

Observation 5 – Education is the same political and religious football in Australia as it is in the UK – perhaps even more. In a recent election in Melbourne the government opposition Labour leader, Bill Shorten wrote to the most senior Catholic – the Archbishop of Melbourne, Denis Hart, saying that the ALP stood shoulder to shoulder with the Catholic on schooling and offering $250 million extra to Catholic schools. Catholic education Melbourne boss – Stephen Elder, then started a call blitz of 30,000 voters…and Labour won a narrow victory over the Greens in the Batman byelection.   That victory is not being attributed by most commentators to this – but it still leaves an unpleasant taste in the mouth. From a Christian perspective I don’t think it is a good witness at all. There may be a good reason for the Catholic schools getting more government money, but this looks and smells like political bribery and ultimately it won’t benefit the Catholic church.
Anyway week one over.   Loving being here and very grateful for the opportunity that the Lord has afforded.   Roll on week two….

Is Australia the New Jerusalem?