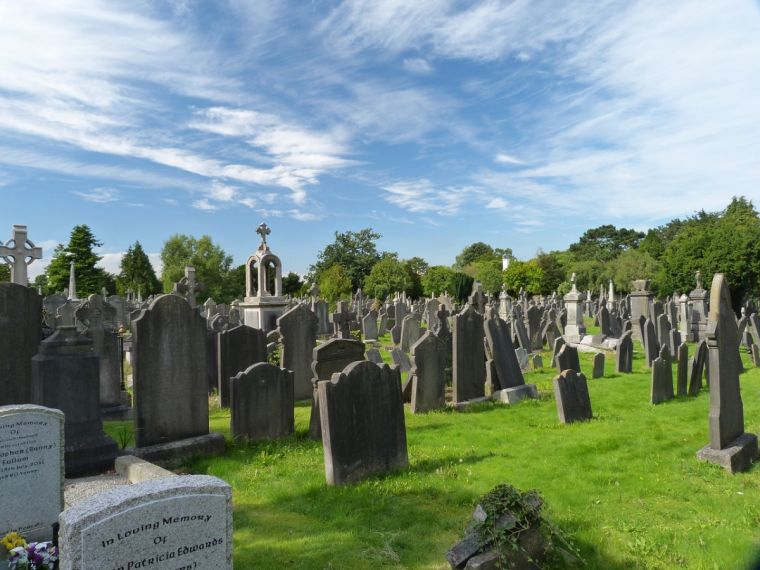 This weeks column from Christian Today on Ecclesiastes 7

One of the problems with modern life is the misuse of the English language. The way that words change or are used in different ways fits well with Solomon’s assertion that everything is meaningless.

One such word is ‘extremist’. We think we know what it means, but it has become a term of insult and of attack. Anyone who disagrees with us or has strong convictions must be an ‘extremist’.

For example the UK government likes to warn us about extremism and in order to appear balanced seems willing to class those who don’t agree with same sex marriage as extremists on a par with ISIS. I was once called an ‘extremist’ because I went to church every Sunday (I shudder to think of what my accuser would have called me if he had discovered I actually went twice).

In chapter 7 of Ecclesiastes Solomon warns us that living at the extremes causes us to miss the wisdom of life, although he also implies that it is at the extremes of life that we often discover truth, meaning and purpose.

In chapter 6 he has asked, ‘Who knows what is good?’ Here he begins to answer that, stating that there are some things that are relatively better than others. Reputation is better than perfume. A funeral is better than a party.

He begins by dealing with the question of reputation. Our name is essential. If you want to destroy someone, you need to destroy their reputation. Solomon uses a play on words to emphasise this – name is better than nard. Nard was an expensive luxury perfume. The perfume that Mary used to anoint Jesus was worth up to £25,000 today. The point is that whether it’s perfume or other symbols that proclaim our status or value, nothing is as valuable as our reputation.

So the name of God is essential to him. ‘You sent miraculous signs and wonders against Pharaoh, against all his officials and all the people of his land, for you knew how arrogantly the Egyptians treated them. You made a name for yourself, which remains to this day’ (Nehemiah 9:10). A good name is essential for us. ‘A good name is more desirable than great riches; to be esteemed is better than silver or gold,’ (Proverbs 22:1). In this regard Solomon regards the day of our death as better than the day of our birth, because at birth we do not have a name in terms of reputation. When we die, we do. It contains all that we have done in life.

He then moves on to speak of celebration and mourning. Surely the former is better? Not necessarily. One of the cult films of the 1990’s was Wayne’s World, which had as its theme ‘ Party on!’ For some, that is the solution to life. You live a life of drudgery from Monday to Friday but the weekend is party time. Solomon says, ‘No – it’s better to go to a funeral than have that attitude.’

Is he being morose? No – this is the same man who wrote, ‘A happy heart makes the face cheerful, but heartache crushes the spirit’ (Proverbs 15:13). He is not against cheerfulness or parties. He is saying that just as a cheerful heart can be good medicine, so sorrow can be a nourishing food. Why? We live in a society that wants to avoid sorrow and thinks that it is unnatural. We want to avoid pain and hurt as much as possible. Yet it is out of the brokenness that sometimes the sweetest perfume comes. Inner character is more vital than outer fragrance – so the funeral, not the birthday party, poses the real questions.

Is it really better to go to a funeral than a party? In some ways, yes. Death helps us think about life. A party does not. Every funeral anticipates our own. ‘Teach us to number our days aright, that we may gain a heart of wisdom’ (Psalm 90:12). So in verse 3 he tell us that one of the effects of suffering is that it can help put our heart right.

The heart here is the centre of attention, thought, understanding and memory. There is sorrow and anger in the presence of death. The heart of the wise is in the house of mourning means that death causes us to reflect and think, The fool on the other hand is blind to spiritual issues and content with that. ‘How long will you simple ones love your simple ways? How long will mockers delight in mockery and fools hate knowledge?’ (Proverbs 1:22).

When we live as though life is just one big party, we end up with shallow and meaningless lives. Why think about the big issues when we can just have fun?

Traudl Junge, Hitler’s secretary, tells of how she just did not bother with the big issues and the harm that caused her:

‘A life of conscious thought began for me only after the war, when I started thinking about important things, asking questions. Wondering about the meaning of human relationships. Until then I’d just accepted everything as it happened to me. I moved from place to place without consciously wanting to leave my mark on them. Wherever I was, I just tried to take an interest in what I was doing, and give of my best.’

‘A fool finds no pleasure in understanding but delights in airing his own opinions’ (Proverbs 18:2, NIV). His preoccupation is with the party.

It is the ultimate accolade for some people – ‘He’s a good laugh.’ But for Solomon laughter is often the song of fools. The fool’s laughter is a sudden flame, lots of heat, light and sparks and plenty of noise but soon spent and easily put out. If Solomon thought his own culture was shallow and superficial, one wonders what he would say about contemporary Western society. Just 24 hours watching most of our entertainment output would confirm his analysis.

In some ways I think the whole of Ecclesiastes is a wake-up call to our superficial and shallow society. While there is great beauty and many reasons for joy in our society, overall I think that we live in the kind of trivialised and dumbed-down society that Solomon laments.

TV Moore has a wonderful paraphrase of these verses: ‘Beware the man who’s always making jokes and laughing at a hat’s drop or the stroke of every hour. His heart is only set on foolishness and mirth. You’ll never get a man like this to share your sorrows. Learn to feel the pain of others, and discern their grief. You’ll find that this will fill your heart with happiness, when you know how to impart a sympathetic gesture. So the wise man is the one who learns to care, who tries to be there for his friends when they’re in pain. The fool can only think in terms of gain for him; he’s always out for fun.’

Jesus Christ did not save us with a superficial sound bite or by urging us to ‘always look on the bright side of life’. He was the man of sorrows who took up our pain and bore our suffering (Isaiah 53:5). His funeral leads to the ultimate party. Let’s reflect on these things and be real, deep and thankful – in sorrow and joy.

Ecclesiastes 6 – Out of the Shadows into the Light.