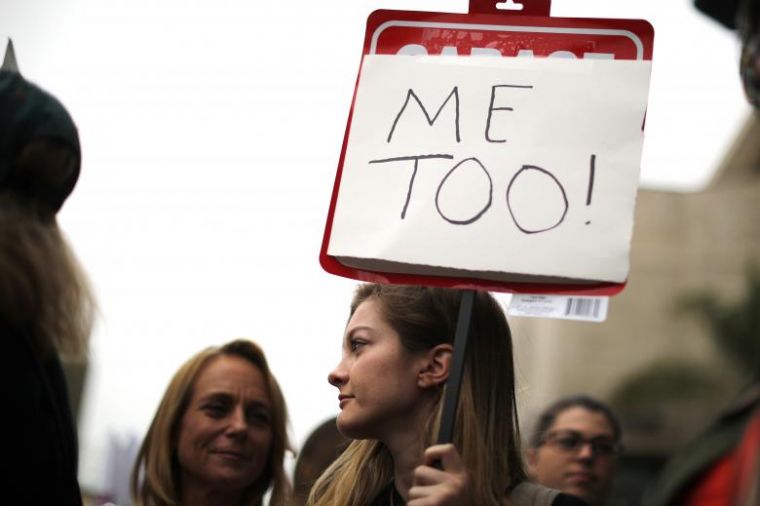 This article was first published on Christian Today here –

Every time there is a manifestation of human evil, whether it’s an abuse scandal in the church, paedophilia like Jimmy Saville, the Weinstein affair, or the perversion of charity in Haiti, the response is the same: never again!

We must set up an inquiry, make new laws, change the culture, wear Me Too badges/dresses; and then – it happens again.

Perhaps we need to take a wider perspective and reflect more on human nature. Perhaps we can learn from history?

John Newton, the author of Amazing Grace and an Anglican preacher in the late 18th century, was, as is well known, a slave trader. He was a captain on a ship that between 1745-1754 made several trading voyages.

Contrary to the popular myth he did not, from the moment of his conversion, repent of his slave trading and campaign against it. He did not write Amazing Grace as an act of penitence and confession. It was only later on in life that he came to fully realize the evil of slave trading and to write against it. But then he wrote an amazing tract entitled Thoughts on the African Slave Trade.

It is piercingly honest and movingly informative. And it has some clear lessons for us in the 21st century as we seek to come to terms with our flawed humanity.

1. Be prepared to face up to, and confess, our past sins
‘I hope it will always be a subject of humiliating reflection to me, I was once an active instrument in a business at which my heart now shudders.

2. We need to think about and challenge what society says
‘But I never had a scruple upon this head at the time; nor was such a thought once suggested to me by any friend. What I did I did ignorantly; considering it as the line of life which divine providence had allotted me, and having no concern, in point of conscience, but to treat slaves, while under my care, with as much humanity as a regard to my own safety would admit.’

‘The slave trade was always unjustifiable; but inattention and interest prevented, for a time, the evil from being perceived.’

3. Sexual exploitation is, and always has been, as much about power as it is about lust
‘When I was in the trade I knew several commanders of African ships who were prudent, respectable men, and who maintained the proper discipline and regularity in their vessels; but there were too many of a different character. In some ships, perhaps in the most, the licence allowed, in this particular was almost unlimited.’

4. Familiarity with evil breeds contempt and callousness
Newton writes of a situation where 100 slaves on another ship, men, women and children, were thrown overboard when drinking water was short. They were thrown overbroad to drown so that the insurance would pay, because if they had died on board it would have been the ship-owners who would have paid.

‘But unlimited power, instigated by revenge, and whether hard, by long familiarity with the sufferings of slaves, has become callous, and insensible to the pleadings of humanity, is terrible.’

‘These instances are specimens of the spirit produced, by the African trade, in men, who, once, were no more destitute of the milk of human kindness than ourselves.’

5. It is often those who consider themselves to be the most civilised who behave with the most barbarity
‘When the women and girls are taken on board a ship, naked, trembling, terrified, perhaps almost exhausted with cold, fatigue, and hunger, they are often exposed to the wanton rudeness of white savages.’

‘When I have charged a black with unfairness and dishonesty, he has answered, if able to clear himself, with an air of disdain, “What! Do you think I am a white man?'”‘

6. The love of money is a root of all kinds of evil
Newton talks with brutal honesty about how when human beings are regarded as commerce they are treated inhumanely. He tells us that in Antigua a slave rarely lived beyond nine years in slavery because a commercial decision was taken that it was cheaper to treat slaves cruelly.

‘By rigorously straining their strength to the utmost, with little relaxation, hard fair, and hard usage, to wear them out before they became useless, and able to do service; and then, to buy new ones, to fill up their places.’

He raises the question of whether wars were started or encouraged to increase the number of available slaves.

‘I judge, the principal source of the slave trade is, the wars which prevail among the natives. Sometimes these wars break out between those who live near the sea. The English, and other Europeans, have been charged with fomenting them; I believe (so far as concerns the Windward coast) unjustly.’

7. Evil must be challenged
Newton was not one for excusing his or his nation’s guilt.

‘If but an equal number are killed in war, and if many of these wars are kindled by the incentive of selling the prisoners, what an annual accumulation of blood must there be, crying against the nations of Europe concerned in this trade, and particularly against our own!’

He did speak truth to power. Remember that slavery was legal at this time (it would be many years before the persistent efforts of Wilberforce would bear fruit – at great cost to the British Empire) and that it helped fund the great cities of London, Bristol, Liverpool and Glasgow. Many people’s livelihoods depended on it. He challenged those who argued ‘by pleading for a commerce so iniquitous, so cruel, so oppressive, so destructive as the African slave trade’.

Are there things in our culture that are considered normal, and part of the commercial scene that in years to come humans may look back and wonder how we did it?

Does the re-introduction of slavery through the sex trade not shame us? The fact that there are now more slaves in the UK (an estimated 20,000) than there were in Newton’s day is a stench in the nostrils of God. The renaming of prostitution as ‘sex work’ and the attempt to legalise the exploitation of the poor and weak by the rich and powerful is a sin that reaches to heaven.

Are there aspects of trade and ‘free’ markets and ‘free movement of labour and capital’ which end up creating ‘wage slaves’? Is the development of authoritarian technocracies something that is good for human development?

In our culture we too often react to the demonstration of human evil by blame shifting, virtue signaling and a kind of moralistic triumphalism. We speak and act as if we would never be like that.
He put the sub-heading on his essay, Homo Sum (‘I am a man’) not to excuse himself, but to point out that all human beings (it’s not just ‘men’) are exploitative and evil.

The solution to this is not to have yet more meaningless and powerless vows of ‘never again’ but instead to listen and obey the words of Christ. Newton also put at the head of his essay the words from Matthew 7:12: ‘So in everything, do to others what you would have them do to you, for this sums up the law and the prophets.’

It’s a simple standard that our society needs to hear. And it’s one that we cannot meet without the mercy, forgiveness and grace of Christ. The most radical thing we can do to change society and turn the world upside down, is to proclaim and live this gospel of grace.

Amazing Grace, how sweet the sound,
that saved a wretch like me,
I once was lost, but now am found,
Was blind, but now I see.

David Robertson is associate director of Solas CPC in Dundee and minister at St Peter’s Free Church. Follow him on Twitter @TheWeeFlea