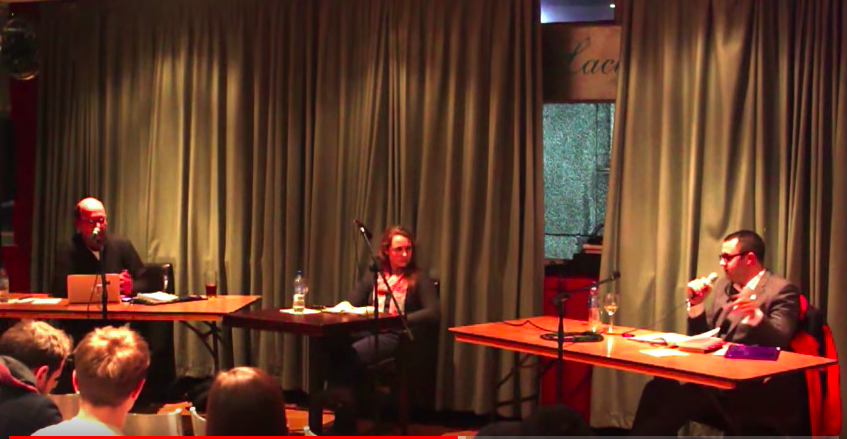 As I have gradually got back into public speaking its been a privilege to speak at the Universities of Aberdeen, Abertay, Dundee….The CU’s generally do a remarkable work.  I think what I personally enjoy more than anything are the discussions and debates with non-believers.  They don’t always have to be hostile.  As the following example shows – this was held in the Glasgow Uni Student Uni with one of my favourite atheist speakers – Gary McLelland – who is now the International director of the International Humanist and Ethical Union.   Gary is a lapsed Catholic – articulate, intelligent and gracious.  I have a lot of time for him.   This particular debate covered many of the normal questions and objections – what I remember about it was the discussion in the bar afterwards with some of the atheists….it both challenged and reinforced my faith.   Atheism is the ultimate delusion –

I have been asked several times in the past few weeks to give examples of debates so this is perhaps the clearest.

Here is another that we did in Strathclyde –

Is Belief in God Reasonable? Debate with Gary McLelland

Finally if you want an example of a debate that is not quite so peaceful – I guess my favourites are the two I did on Premier with Matt Dillahunty – I found him to be the opposite of Gary – smug and self-righteous – getting caught in the trap of his self-awareness of his own genius.  He was a classic example of the ‘give them enough rope and they will hang themselves principle’!    The atheist backlash on this one was furious – which showed to me that it had touched a nerve.