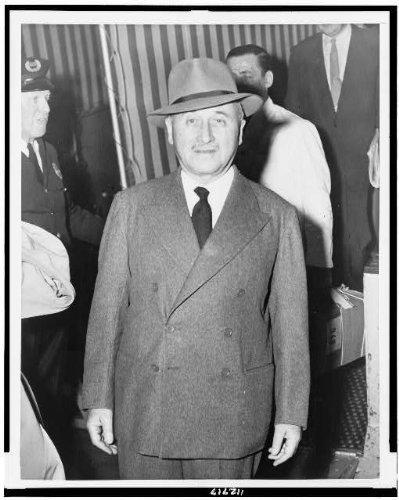 The Brexit saga rolls on.  This week Nicola Sturgeon demanded that the UK stay in the Customs Union (in effect the same as remaining in the EU – but without any say!);  numerous panic buttons were hit as Project Fear was ratcheted up; and the attempt to stop Brexit was continued with Tory, Liberal, Labour and SNP Remainers upping their hysteria.  It’s interesting how everything the EU says is, in their eyes is so decisive, strong and wonderful that the UK must just bow down before the demands of the EU technocrats.    And right on cue – as I write a ‘Lord’ has come on the BBC News to tell us why £400,000 from the Billionaire currency speculator, George Soros, is being used to fund ‘democracy’ by preventing Brexit.  The word ‘irony’ seems to be missing from his dictionary!

One interesting ‘fact’ that the liberal/left supporters of the EU continually tell us is that the EU is the guarantor of workers rights and that without the EU we are heading back to Victorian workshops.  It is exactly the same card that Tony Blair used to get the Labour party to change its position on the EU.  But like all technocratic non-democracies, the EU pays lip service to workers rights whilst ultimately remaining beholden to the rich and powerful.  This is an uncomfortable fact that you don’t see the Remainers tweeting about – which is why it largely went unnoticed that the EU last month forced Greece to impose  anti-Union laws.  The EU is the enemy of the working classes – as this article in Spiked points out.

But away from the current hysteria, propaganda and arguments it is good for us to get hold of the bigger picture.  It astounds me that our political leaders sometimes seem so ignorant of what it is they are deciding on our behalf.  I am still stunned by the SNP MP who told me that since the EU was just a trading block, whether it was democratic or not, did not really matter.  There are few British politicians (especially on the Remain side) who seem to grasp what the real nature of the EU is.   Which is why The Great Deception is such an important book because it documents clearly where the EU came from and what its nature is.  As I already indicated – I have found it very enlightening.

This is part two of my review (part one is here  )   which looks at chapter 1.

Like most people, and like the myths perpetuated by the EU’s own history, I believed that the EU came about as the result of the Second World War. But Booker and North in the first couple of chapters show that its beginnings and roots are far earlier.  The historical roots go much deeper.

In February 1916 the French and the Germans fought the battle of Verdun. There were over 700,000 casualties on both sides. The future President Charles de Gaulle, Louis Delors whose son Jack would one day be president of the European commission, and the father of Germany’s future Chancellor Helmut Kohl were all participants. One of the realisations that came from this was the understanding that if key industries from different countries could be controlled by a higher authority, especially coal and steel, this could be the means of preserving peace.

The treatment of Germany after the Treaty of Versailles, especially the French occupation of the Ruhr, and the behaviour of the French colonial troops led to the collapse of the German economy in 1923 and ultimately to the rise of Hitler.

Despite the follies of the First World War by the mid-1920s there was a sense amongst the elites and the governors of Western society of a new kind of utopianism. Things could only get better! Count Richard Coudenhove Kalergi, published a book called Pan- Europa and launched a movement under the same name. His vision was that the German coal and French steel industry should be merged into a single pan-European industry that would form the basis for a federal United States of Europe on the American model. Many of Europe’s leading cultural figures supported this – including Albert Einstein, Pablo Picasso, Sigmund Freud, and politicians such as Konrad Adenauer and Gustav Strasseman- who together with France’s Foreign Minister, Aristide Briand, would be the co-author of the Locarno Pact.

In October 1926 there was a European Congress in Vienna of over 2000 politicians, academics businessmen, representatives of the professions and journalists – seeking to advance the United States of Europe.

On 20 May 1930 Briand circulated the governments of Europe with a memorandum on a European federal union. This was warmly supported by Winston Churchill. He however did not see Britain as being part of this but rather as having its own Commonwealth and being in alliance with the United States.

“The aim of ending the thousand year strife between France and Germany seemed a supreme object. If only we could weave Gaul and Teuton so closely together economically, socially and morally as to prevent the occasion of new quarrels and make old antagonisms die in the realisation of mutual prosperity and interdependence, Europe would rise again” (Winston Churchill 24 June 1925) –

Here is where a key distinction began to emerge. All the proposals so far had been on an intergovernmental basis. But the French politician and businessman Loucheur, had a different idea. He wanted a supranational authority – which governments would not be able to overrule. In 1925 he brokered an international steel agreement which covered the steel industries of France, Germany, Belgium, Luxembourg and the Saar. It was to be the model of the European coal and steel community, which was in turn to become the EEC.

It was however Jean Monnet,  a French official of the league of Nations, who was to become the key figure in the story. He had managed to make a great deal of money out of the First World War but he was also determined to try to prevent future wars. One of the things that frustrated him about The League of Nations was the veto that individual nations had. This convinced him that international peace and security could only be guaranteed by supranational institutions.

His friend the British diplomat Salter, produced in 1931 a collection of papers under the title the United States of Europe. He argued it should be a political reality with a secretariat, a council of ministers, a Parliamentary assembly and the court of justice but with one crucial proviso. The central source of authority in this body must be reserved for the secretariat, the permanent body of international civil servants loyal to the new organisation not to the member countries. Anything else would result in people resorting to their national interests. This is the model that almost 3 decades later Monnet would to establish the European economic community – an embryonic United States of Europe.

The key point here is that it is a lie to say that the EU is just a Common Market or a Customs Union.  The trade and customs part is designed for political ends.  Those political ends may be worthy and right, but it is dishonest for the Scottish Government, the Labour Right Wingers, the Lib-Dems, and the Tories to state that it is possible to remain an independent nation and be part of the EU.  By definition belonging to the EU means subordinating and giving up large parts of your sovereignty to a supranational body that has little democratic accountability.  That was and is the point of the EU.

All this of course was to be interrupted by the rise of the Nazis and Second World War. To which we will turn next week.