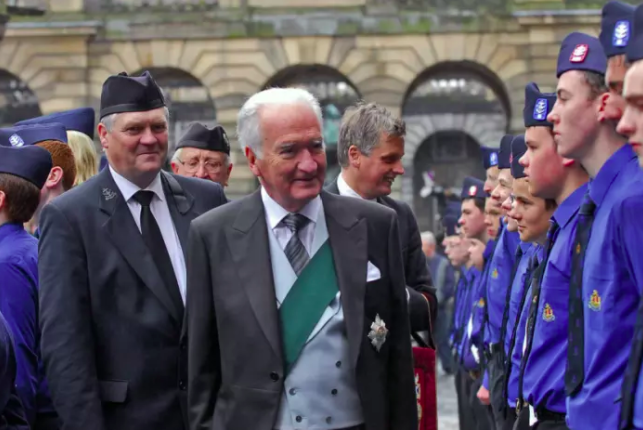 “There is no Scotsman, indeed no British person in public life whom I admire more” – thus begins Sinclair Ferguson’s foreword to J. Cameron Fraser’s new book, Learning from Lord Mackay, that serves as a good introduction to a much understated and underappreciated public servant.

When the list of disgraced politicians and celebrities lengthens by the day, there is a tendency for the ­general public to be both self-righteous (‘thank God we are not like them’) and despairing (‘they’re all at it!’). It is good to be reminded that there are good and faithful ­public servants. James Peters Mackay is one of those.

The story of the now Lord Mackay is an extraordinary one. The son of a railway worker from Clashfern in Sutherland and a mother from ­Caithness, James Mackay rose to the third-highest post in the land, Lord High Chancellor of Great Britain. Fraser tells the story of his ­education at the universities of Edinburgh, St Andrews and Cambridge, his extraordinary abilities as a ­lawyer resulting in him first becoming Lord Advocate of Scotland, and his ­selection by ­Margaret Thatcher as Lord High Chancellor.

What made this all the more extraordinary was Mackay’s background. He was certainly not part of the establishment – not least because his father was a Free Presbyterian elder. Lord Mackay has been a ­committed public Christian all his life and was not ashamed of his Highland Presbyterian heritage – even when the notorious ‘Mackay’ case led to the Free Presbyterian Church splitting when he was disciplined for attending, in his official capacity, a Roman Catholic funeral. Those of us who remember it recall the embarrassment as the pettiness of the ­pseudo legalists once again brought the church into disrepute. This was ­mitigated somewhat by the graciousness and demeanour of Lord Mackay throughout the whole ­debacle.

There is much to be learned from this extraordinary life and Learning From Lord Mackay is a good place to begin. It is a small well-written book that is not a full biography but rather an introduction to Mackay and a discussion of the vital subjects for today’s culture of the relationship between church and state, religion and politics, and how Christians can be salt and light in a secular culture.

I loved the insight from Lesslie ­Newbigin reflecting on those who claim that, unlike the religious, they don’t rely on dogma: “The difference is not between those who rely on ­dogma and those who don’t. It’s the difference between those who know what the dogma is they are relying on, and those who do not.” As we increasingly move away from our Christian roots, one of the unexpected fruits is that there is an increasing tendency within UK and Scottish society to a secular dogmatism. The replacement of God by the state and the cultural and academic elites has resulted not in a new age of reason, but rather a new age of ­secular absolutism, enforced by the stirring up of social media mobs and the lack of diversity within the ­compliant mainstream media.

It is ironic that whilst most of our society would regard the heresy trial of Lord Mackay by the Free Presbyterians as ridiculous and ludicrous, our culture is reintroducing heresy trials and witch-hunts which make the Free Presbyterians look liberal and open. Orwell’s fantasy prediction of ‘thought crime’ and ‘hate speech’ becoming weapons by which the state would control the populace is fast becoming reality. As we reflect upon where we are going as a society, there is a great deal to be concerned about. Where will Brexit lead? What will Trump do next? What will the reincarnation of ISIS be? Will the far right or the far left increase in power? What mania will our ­society experience next? What regressive step will our ‘progressives’ ­advocate next? Will intolerance continue to grow? Can any of our media or politicians be trusted?

Learning From Lord Mackay is an indication of how things need not be that way. It is a testimony of hope. There are good and faithful public servants. You don’t have to be born into the establishment in order to have an influence for good. As Sinclair Ferguson says in his introduction: “I hope these pages will serve as an attractive and thought provoking introduction to Lord Mackay of Clashfern. More than that – (and this, I suspect would give him more pleasure) – I hope they may stimulate a young man or woman to think, ‘perhaps I can serve God in the way Lord Mackay of Clashfern has done.”

Read more at: Lord Mackay’s life is a shining beacon in an age of secular dogmatism Read more at: https://www.scotsman.com/news/opinion/david-robertson-lord-mackay-s-life-is-a-shining-beacon-in-an-age-of-secular-dogmatism-1-4656791