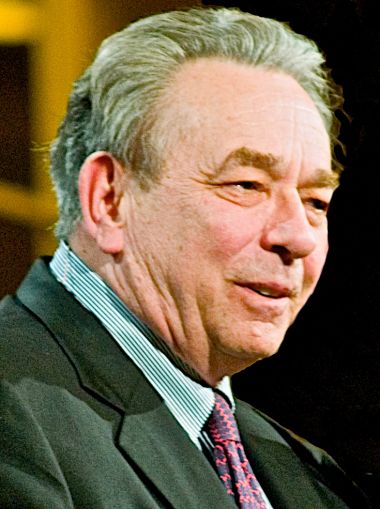 He was educated at Westminster College, Pittsburgh-Xenia Seminary, and at the Free University of Amsterdam. He established the Ligonier Valley Study Center in Pennsylvania in 1971, whose goal was ‘to awaken as many people as possible to the holiness of God by proclaiming, teaching, and defending God’s holiness in all its fullness’.

Later on he was to develop the use of video to help teach small groups and adult Sunday schools. A highly intelligent man, he combined this with a superb ability to communicate – and unusually for those in the Reformed world at that time, he was gifted in utilising wider media.

The newsletter Tabletalk, (whose readership is now over 250,000), a bestselling and highly influential book on The Holiness of God and The Ligonier Statement on Biblical Inerrancy were all to have a deep influence on many. He ended up writing or being involved in over 100 writing projects, including several children’s books.

He edited the Reformation Study Bible. Ligonier, the ministry he founded, now has a worldwide ministry through its website, Refnet, an internet radio station and a liberal arts college, Reformation Bible College.

In 1984 the work of Ligonier moved to Orlando, Florida, where many thousands gathered annually, and further Ligonier conferences were held throughout the US. In 1997 RC planted a church called St Andrews Chapel in the north of Orlando and spent his last years primarily as a pastor.

He was married to Vesta, his childhood sweetheart, for 57 years. Their children Sherrie and RC Jr, along with grandchildren and great grandchildren, will bear his loss the most. But the whole church in the USA and in many other parts of the world will also experience loss. His influence and teaching have been profound.

He was one of the key figures in what has been described as resurgence in Calvinistic theology, leading to the ‘young, restless and reformed’ movement. He would have hated the very idea but someone described him as a man who made Calvinism cool. His influence extended beyond the Reformed community precisely because he sought to preach Christ and glorify God. His great legacy was to point people to the greatness and holiness of the triune God and to encourage us to believe in the truth and inerrancy of his word.

‘Death frightens us. When we see another person die, we are reminded that we are also mortal, that someday death will come to us. It is a thought we try to push from our minds. We are uncomfortable when another’s death rudely intrudes into our lives and reminds us of what we will face at some unknown future date. Death reminds us that we are creatures. Yet as fearsome as death it is, it is nothing compared with meeting a holy God. When we encounter Him, the totality of our creatureliness breaks upon us and shatters the myth that we have believed about ourselves, the myth that we are demigods, junior-grade deities, who will try to live forever’ ― RC Sproul, The Holiness of God.

‘Then I heard a voice from heaven say, “Write this: Blessed are the dead who die in the Lord from now on.” “Yes,” says the Spirit, “they will rest from their labour, for their deeds will follow them”‘ (Revelation 14:13).