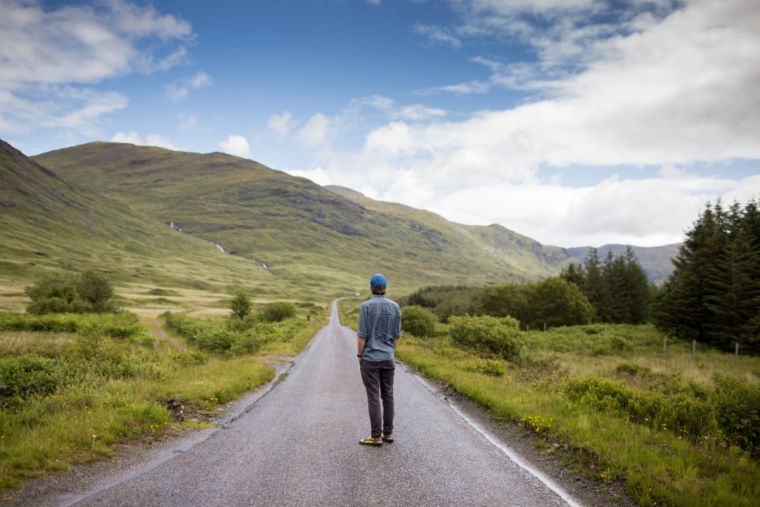 King Solomon’s Pleasure Dome had sex, drugs and money. Why didn’t it work?

This weeks column on Christian Today on Ecclesiastes

Every now and then within the Church, the cry goes up, ‘we need to make the Bible more relevant’. But such a cry is only an indication of misunderstanding the Bible. We don’t need to make it relevant – it already is!

Indeed whenever the Church seeks to make the Bible relevant it always ends up playing catch up with the culture, following it rather than challenging and changing it. This week’s Ecclesiastes passage (2:1-11) looks for example at laughter, pleasure, architecture, gardening, money, rest, stress, wine, women and song. In other words, sex and drugs and rock and roll.

Solomon is trying to work out what is the point of life. Millennia before Freud he tries a bit of Freudian psychoanalysis, working on the assumption that man is just a pleasure seeking animal. So he conducts an experiment. He has the money, the power and the ability to enter the pleasure dome and to see if any of it satisfied him. He was persistent and serious in his pleasure seeking. And in so doing he provides us with a list of what we in the 21st Century also seek to satisfy our thirst.

Laughter: here it means superficial fun. ‘He’s a good laugh’. We all love someone with a good sense of humour and we all love a good laugh. But ‘even in laughter the heart may ache, and joy may end in grief’ (Proverbs 14:13). Laughter will often hide sorrow, pain and grief. Just look at the lives of some of the funniest and most famous comedians.

Wine: There are lots of articifical stimulants that we can use to drown our sorrows or give us pleasure. Here Solomon is speaking more as a connosieur than a drunkard, although the notion of ’embracing folly’, suggests that there was a degree of intoxication. The simple answer as to why someone takes drugs is because it ‘feels good’.

I love a good malt as much as the next Scotsman, but the idea of getting drunk is less than intoxicating.

Great projects:  2 Chronicles 8 tells us that Solomon built cities, great buildings and store houses. This included luxurious gardens which were typical of royalty and nobility in the ancient near East at that time. Solomon saw what he had made, and despite its grandeur and beauty, it still didn’t satisfy.

Wealth: Verse 7-8 tells us Solomon was at the Bill Gates’ level of wealthy. ‘All King Solomon’s goblets were gold, and all the household articles in the Palace of the Forest of Lebanon were pure gold. Nothing was made of silver, because silver was considered of little value in Solomon’s days.’ (1 Kings 10:21). He found that the Swedish philosophers, Bjorn and Benny, were wrong in declaring that ‘money, money, money…it’s a rich mans world’. The writer Doug Coupland reflects the angst of many when he observed: ‘All you are doing with your life is collecting objects and nothing else.’

Women: Verse 8 – says he acquired a harem. This is a disputed term. It could mean cup bearer but is more likely to mean mistress, lover or concubine. It could also be quite a crude term which refers to women solely as sexual objects. How very 21st Century. There is after all nothing new under the sun. ‘King Solomon, however, loved many foreign women besides Pharaoh’s daughter—Moabites, Ammonites, Edomites, Sidonians and Hittites. They were from nations about which the Lord had told the Israelites, ‘You must not intermarry with them, because they will surely turn your hearts after their gods. Nevertheless, Solomon held fast to them in love. He had seven hundred wives of royal birth and three hundred concubines, and his wives led him astray.’ (1 Kings 11:1-3) . If sex would satisfy then you would expect that Solomon would have been very satisfied!

Song: Also in verse 8 it says he had a mixed choir. It was pretty good and it was very entertaining. Music is such a vital part of human culture.

And the conclusion is…He remained objective. He was like the German poet Goethe who ‘analysed his vuluptousness, and studied his own faculties of enjoyment’. And to some degree it worked. There was a certain sense of satisfaction and pleasure. Verse 10 reads: ‘My heart took delight’. There was a sense of achievement but nothing more. When he woke up in the morning and surveyed all that he had done, he recognised that although he enjoyed his work and pleasure, in the cold light of day it is all pretty useless. There is great disappointment. Meaningless. No good. Pointless. Why? Because it was so self-absorbed. In these few verses the words ‘for myself’ are used six times.

The bottom line is that pleasure seeking does not satisfy the spiritual thirst of the secular person and therefore it is all meaningless. Now at this point the unwise Christian evangelist might just conclude by saying that you just need Christ and all these things don’t matter – as though they were being set up as opposites. But this is not what the Bible says.

Wine, sex, song, architecture and gardening without Christ are pointless. But with Christ they have a greater meaning. In other words it’s not as though the devil has all the good tunes and Christ all the good morals. As the Psalmist says in Psalm 16: ‘At God’s right hand are pleasures forever.’

So how can we be satisfied? You cannot. Not under the sun. Not if there is no God. Not if this life is all there is. But if you come alive – you get new life through Jesus – I have come that they may have life, and have it to the full. What difference does Jesus make? Well, let us go briefly over these issues again – but this time from a different perspective – the perspective of someone who has Christ in their life.

Laughter: The Bible is not saying there is no place for laughter. It is the timing and the object of the laughter that matters. God’s people are to be a laughing and joyous people.

Wine: The Bible is not against wine. Jesus turned the water into wine. We remember his death through drinking wine. But Christians are to be filled with the Spirit and not drunk with wine.

Great Projects: Christians are to reflect their Creator by being creative and artistic. The difference is that, unlike Solomon, we are not just doing it for ourselves but we are reflecting the creativity of our God.

Sex: The Bible is very open and explicit about the joys of sex. Rejoice with the wife of your youth. Women (and men) are not to be seen as objects – but men and women together as partners – rejoicing in one another and in God.

Song: We are a singing people. We speak to one another with psalms, hymns and spiritual songs. We use the gift of music to celebrate the goodness of God and the glory and beauty of his world.

Without Christ everything you do this week, although it may bring temporary pleasure and satisfaction will ultimately leave you dissatisfied – like drinking salt water to quench your thirst. With Christ – even the most mundane, boring and seemingingly meaningless task can be transformed into something beautiful.

Wisdom and Meaning for the 21st Century – Ecclesiastes