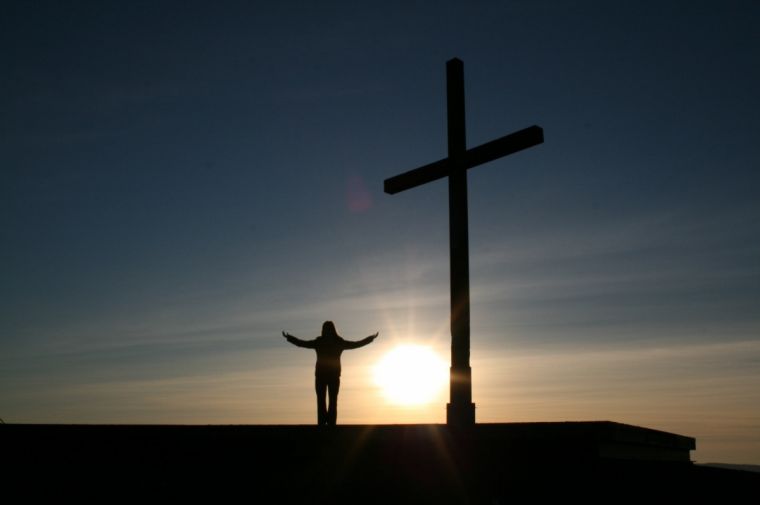 In order to understand our culture and ourselves there are some subjects that it is vital to grasp.  In terms of answering the question ‘who am I?’ or ‘who are we?’ we need to consider the question of moral responsibility and free will.   It is important to understand that many of our elites are moving (despite the culture making an idol of choice) into a world where human beings are just perceived as glorified robots, with no free will and ultimately no responsibility (and no real value).  I wrote this article in Christian Today to try and highlight this.  Please do share and pass on if you think it is as important as I do.  I went with the title above – they chose the one underneath….

Forget the atheist view of life: it’s Jesus who truly sets us free

Beware the hyper-Calvinist atheists! That seems a somewhat strange oxymoronic warning. After all Calvinists are those who believe in a sovereign and all powerful God and atheists are those who don’t even accept there is such a God. How can the two go together? It’s not the fact that 5 per cent of Dutch Reformed ministers are supposed to be atheists – its rather that 95 per cent of atheists are actually Calvinists in that they believe in predestination without God – which to my mind is the worst of all worlds.

So what is this atheist doctrine of predestination and why is it so harmful? Recently I was involved with one of those pointless Twitter debates when my opponent came out with the astonishing statement that I had no freedom to choose. Any more than the Texas shooter had the ability to choose to shoot his victims. In a culture that has choice as an absolute idol, this may come as a shock, but there are a growing number of our intellectuals – philosophers, politicians and indeed priests – who think that the idea that human beings have conscious free choice (free will) is illusory. Some believe in what is called biological or genetic determinism. Others in cultural determinism. Whether it’s nature or nurture or a combination of the two, they just simply do not believe that we have any choice in what we do. It’s all pre-determined by our genes and our circumstances.

We may think we live in a Burger King world (‘have it your way’) but the reality is that these ways are already pre-determined. Why does this matter?

Because without free will we cannot have moral responsibility. And without moral responsibility we cannot have justice, law and indeed society. Human beings cease to be human and instead become just a collection of chemicals living out the pre-determined paths of our meaningless existence. Just as the young child from a Christian background might claim ‘it wasn’t me – the devil made me do it’, so the atheist predestinarian can claim that they are not responsible. They did not choose to rape/kill/drink drive because they could not choose anything. ‘It was the genes M’Lud’. Or it’s all society’s fault.

In Love He Predestined Us.

What is the Christian answer to this? Christians who follow the teaching of Christ do believe in predestination. They may explain it in different ways (and its not my intention to get into that particular theological controversy here) but they cannot deny that Christ taught ‘you did not choose me, but I chose you’, or that Paul taught ‘In love Christ predestined us’. However, unlike the biological determinists we do not believe that such predestination takes away human responsibility or human free will, but rather establishes it. The only reason God can judge us justly and fairly is because there is something to judge. God is so great he is able to predestine ‘free will’ and to use our choices in his wider and greater plan.

The atheist cannot go beyond the limits of their faith – a faith that declares that only naturalistic materialism can exist. And so they are limited to the findings of neuro-science and the belief that everything is pre-determined and human free will is an illusion. As their prophet Richard Dawkins has observed:

‘The universe we observe has precisely the properties we should expect if there is, at bottom, no design, no purpose, no evil, no good, nothing but blind, pitiless indifference.’

Ultimately for the atheist, good and evil, beauty and ugliness, truth and justice have no real meaning. We are at the mercy of this blind, pitiless indifference. It’s a grim vision that would make even the gloomiest Calvinist of legend seem cheerful!

The practical consequences of this are phenomenal. The atheist hyper-Calvinist will think that ‘society’ (government) can control everything. We just need chemicals, force, psychological indoctrination and whatever other tools are required for programming the human machine. The Christian view sees humans, not as robots, but as those made in the image of God, with ‘knowledge, righteousness and holiness’. That image is flawed, but it is not erased. Rather than re-programming we believe in re-creation. It is not in blind, pitiless indifference that God has predestined us – but in love. And in love we are set free – not bound by our chemistry or our circumstances. It is not for nothing that historically societies which have placed the greatest emphasis on human freedom and responsibility have been those undergirded with a strong Christian philosophy.

Atheist predestination binds us. Christ’s sovereignty sets us free. Which one will you choose?