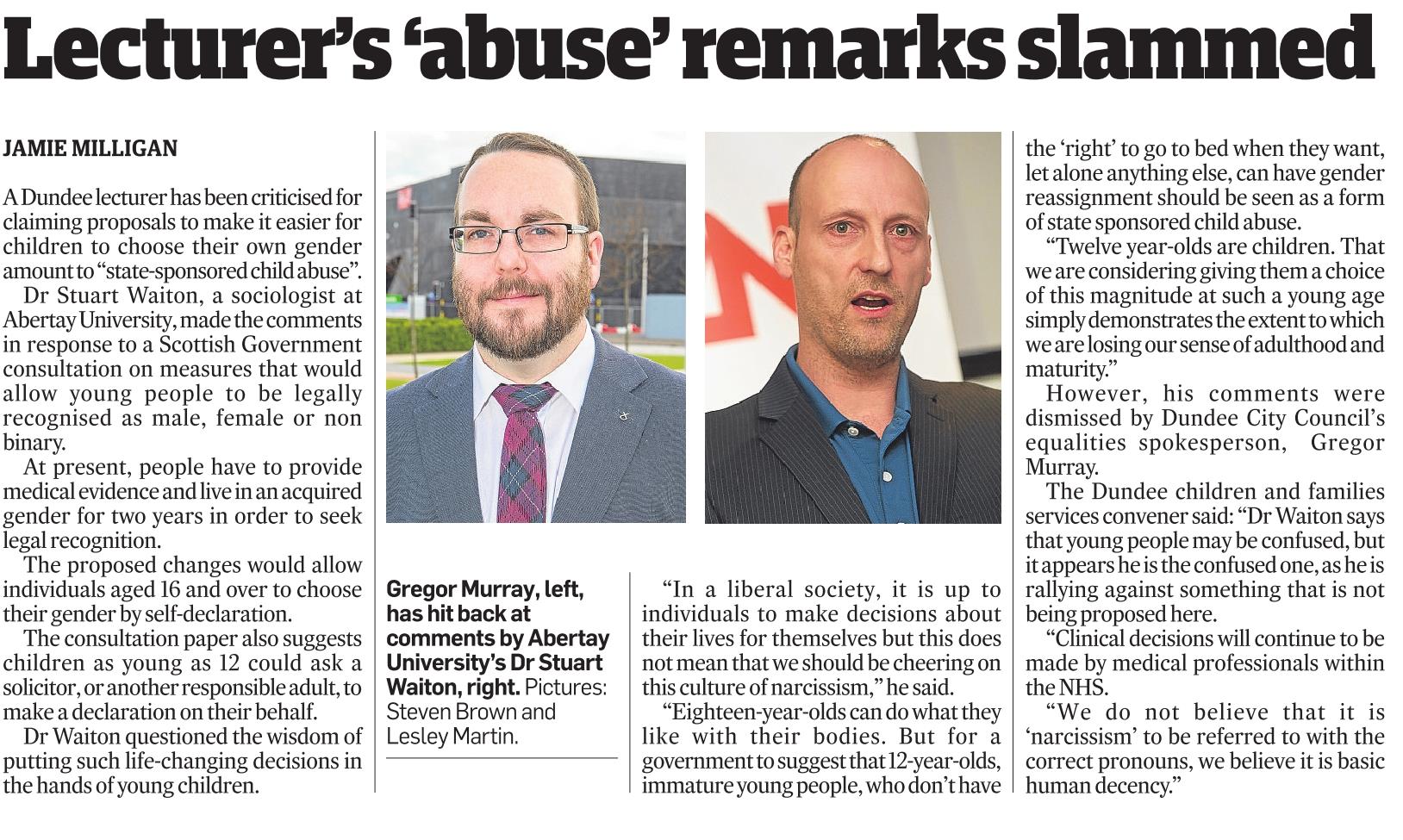 The Trans hysteria continues.  Already this week a teacher in England has been disciplined for ‘misgendering’ a pupil (even Peter Tatchell tweeted that this was over the top!)  and a whole Labour party committee have resigned because one of their number, a Lesbian,  was being bullied for being a TERF  (Trans Exclusionary Radical Feminist).   A sociology lecturer at Abertay University has warned about the consequences of the Scottish Governments proposals to allow 16 year olds to self-identify as they please.  Dundee City Council’s Equalities Officer immediately went to the press and attacked him – see the article below.   My response was published in The Courier today.

I am grateful that The Courier published this letter.  A day will come when they will not be permitted to do so – if Councillor Murray gets his way.   Already yesterday he began a Twitter storm of abuse against me – accusing me of being a Transphobic bully etc.  He also claimed that ‘science’ supported his view and yet when asked to do so, could not refer to one science paper which does.   Mr Murray is all too typical of the Trans activists who seek to bully people into silence – either by mockery or just sheer volume of words.  The difference is that he has a degree of political power and he seeks to use it to intimidate others and prevent any alternative points of view.  As I said to him – I won’t be bullied into silence.  Because this is far too important for our children and our society.  The divorce of gender from biology and the denial of gender all together (either through have many genders or teaching the ideology of gender fluidity) is causing and is going to cause our children a great deal of harm.  No matter how many bribes Stonewall and the Scottish Government offer its time for parent and teachers to stand up to this.    Good for Dr Waiton for putting his head above the parapet.   Its time for others to do the same.